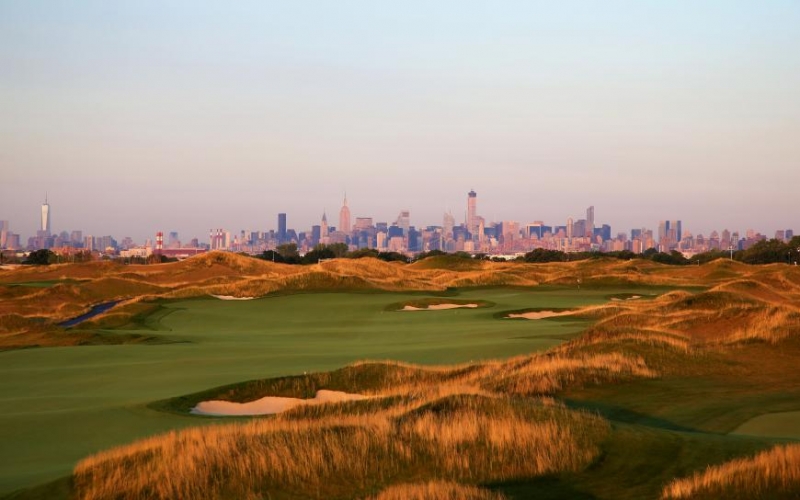 By Joel Beall
New York City is ending its contracts with the Trump Organisation related to running three entertainment venues, including the Trump Golf Links at Ferry Point.

“The city of New York will not be associated with those unforgivable acts in any shape, way or form,” said Mayor Bill de Blasio in a statement, “and we are immediately taking steps to terminate all Trump Organisation contracts.”

The course, designed by Jack Nicklaus’ company and built on a former landfill in the borough of the Bronx at cost of $127 million, opened in 2015. It is known primarily for its views of the Manhattan skyline and sits underneath the shadow of the Whitestone Bridge.

A statement from the mayor’s office on Wednesday noted “in its contract with the Trump Organization to run Ferry Point golf course, the city called for a championship level golf course that would attract major championship events.” Though the course’s design was well-received, it never served as host for any high-profile tournament. Ferry Point also was scrutinized for its greens fees, charging New York residents $185 on the weekends despite its municipalities ties.

While the city’s deals with the Trump Organization for a carousel and ice rinks are expected to close within 30 days, the mayor’s office said “the process for terminating the Ferry Point golf course is more detailed and is expected to take a number of months.”

Eric Trump, son of President Trump and executive vice president of the Trump Organisation, challenged the city’s decision in a statement to New York media outlets.

“Yet another example of Mayor de Blasio’s blatant disregard for the facts. The City of New York has no legal right to end our contracts and if they elect to proceed, they will owe The Trump Organization over $30 million,” the statement said. “This is nothing more than political discrimination, an attempt to infringe on the first amendment and we plan to fight vigorously.”

On Sunday, the PGA of America announced it will move its 2022 PGA Championship from Trump National Golf Club in Bedminster, N.J. The next day, the R&A announced it has no plans for holding any of its championships at Trump Turnberry and will not do so for the foreseeable future.