New Tiger Woods documentary has its moments, but for those paying attention, it doesn’t add much 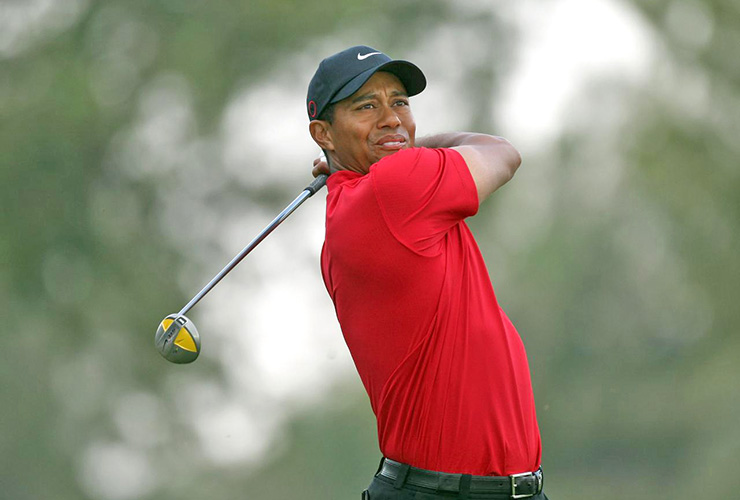 By Joel Beall
The best documentaries tell a story, or a side of a story, that hasn’t been told. Either that or they lean hard into a spectacle. It helps to explain why those who have followed Tiger Woods’ career can expect to find an upcoming special on the 15-time major winner entertaining, but also somewhat familiar.

“Tiger,” a two-part HBO documentary that airs this Sunday, is based on the 2018 book “Tiger Woods” by Jeff Benedict and Armen Keteyian. Their work explored Woods’ career arc, particularly how it was shaped by his upbringing and the influence of Earl Woods. It was diligently researched and ambitious in scope, and though Woods did not participate in the project it was generally well-received. Unfortunately, the film seldom wanders from its pages, at times feeling like a prisoner to the source material’s more sensational claims. When it does venture outside those confines, it offers nothing new or revelatory (Disclosure: Woods has a content partnership with Discovery Golf, the parent company of Golf Digest).

RELATED: Where Tiger Woods will likely compete in 2021

Few individuals have been extensively covered and discussed like Woods. The good and the bad; as a National Enquirer editor mentions in the film, Woods’ trials surpassed 9/11 for most consecutive days as New York Post cover stories. However, therein lies the rub with Tiger and his past: Any psychoanalysis or observation or opinion, in some iteration, has already been made and repeated to the point where its impact is dulled.

What does matter is who is making those assertions. Like the book, Woods is not affiliated with the film. A subject’s participation is far from imperative; plenty of documentaries have been compromised by surrendering final cut to its protagonist. Still, the absence of Woods and his competitors, save for the occasional Rocco Mediate cameo, is noticeable. A handful of writers who have covered Woods are featured, but “Tiger”—especially Episode 2—relies heavily on those who were on the periphery of Woods’ life or are no longer in it.

It’s not that those voices and vignettes are inconsequential. (Dina Parr, Woods’ high school girlfriend, is a high point as she reveals homemade films of a teenage Tiger, footage showing a side of Woods rarely seen.) But when they’re the only voices, their piece of the puzzle is made out to be the entire picture. That a good number of them are not on good terms with Woods consequently infers a specific agenda.

However, the biggest obstacle “Tiger” faces is time. Mentioned above, nostalgia is often weaponized in documentaries, but objects of sentimentality require distance to acquire their full patina. This is problematic for “Tiger” since most of what it covers feels fresh. It is fresh. Though he recently turned 45 Woods remains the fulcrum this game revolves around, yet at moments it feels like the film is trying to eulogize a career that is very much alive. It should be noted the book came out before Woods’ successful comeback, which may explain why his 2018 season and first win in five years at the Tour Championship is ignored save for a few seconds of footage, and his 2019 Masters triumph is shoehorned into the finale.

“Tiger” does not fail to amuse. Woods as a subject matter is inherently magnetic, and a carousel of highlights serve their intended purpose. Commentaries on race, what this country demands of its celebrities and the thirst to deconstruct them go deeper than surface level. Those foreign to Woods outside tournament broadcasts or are new to the sport will not be disappointed, and viewers, no matter their station, will get an appreciation of the weight of expectations Woods’ carried, and still does.