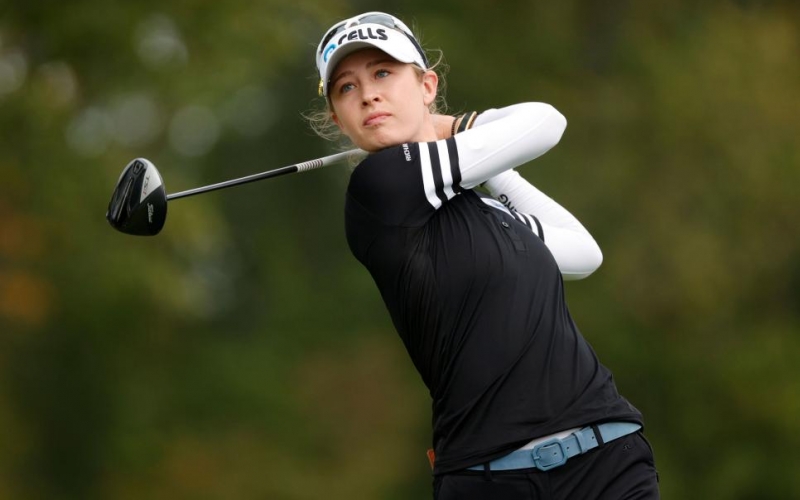 Sarah Stier
Nelly Korda hits her tee shot on the second hole during the third round of the Cognizant Founders Cup earlier this month.

By Ryan Herrington
Nelly Korda plays in the same events all the time with sister Jessica on the LPGA Tour. Now she’ll get a chance to compete with her father, Petr, as well.

On Tuesday, officials with the PNC Championship, the two-player family team event held at the Ritz-Carlton Golf Club in Orlando, announced that Nelly will be partnering with her dad for the first time in the competition in December.

“After all these years of him watching and supporting us kids from the sidelines in both golf and tennis, it is going to be so much fun to be in a team competing together,” Nelly said in a press release. “The whole family is looking forward to enjoying this in the run-up to Christmas.”

The No. 1 player in the Rolex Women’s Rankings and a four-time winner in 2021, Nelly became eligible for participation in the event after winning her first career major at the KPMG Women’s PGA Championship in June. The 20-team field is limited to male or female pros who have won a major championship or the Players Championship.

Mind you, Petr Korda is a major champion himself, albeit in tennis after taking the men’s title at the 1998 Australian Open. 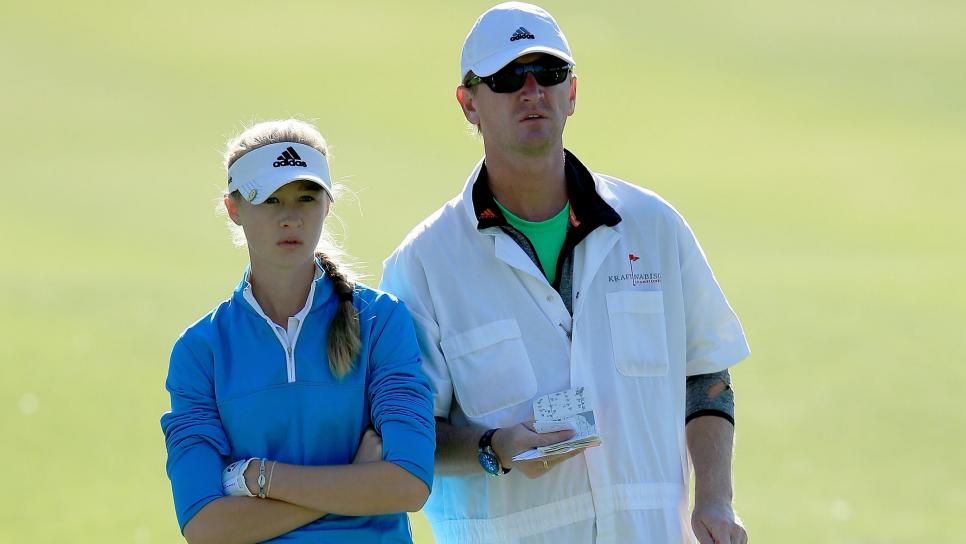 David Cannon
During her amateur days, Nelly often used her father as a caddie in professional events.

In addition to the Kordas making their debut, tournament officials announced that Henrik Stenson will be in the field for the first time, teaming up with his 11-year-old son Karl. “I cannot wait to share the inside the ropes competitive experience with my son against so many icons of the game,” Stenson said. “We feel very privileged to be part of such an amazing field.”

Unclear is whether Mike and Justin Thomas will be back to defend their 2020 title. Mike Thomas recently underwent treatment for a blood clot in his lung and is recovering at home in Kentucky. Justin noted in the last few weeks he was hoping his father would be healthy enough to play.

Another notable twosome from 2020 will be missing. Tiger Woods played alongside his son Charlie a year ago in the event for the first time. Tiger continues to rehab from injuries suffered in a February car accident.