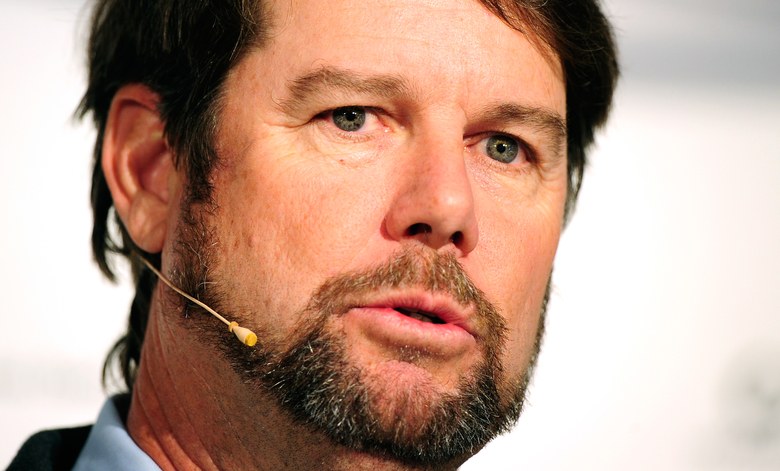 By Alex Myers
NBC Sports officially announced Paul Azinger as Johnny Miller’s replacement on Monday. But while this transition had become golf’s worst kept secret for the past week, it wasn’t for a lack of effort by the network.


RELATED: Why Paul Azinger is the perfect replacement for Johnny Miller

In a teleconference with media to formally introduce Azinger, NBC Sports lead producer Tommy Roy detailed how the deal came together for the analyst over the past few months. He also revealed the secret — and humorous — code name Azinger was given to try to keep a lid on his hire: Ruby Tuesday. Seriously.

Why Ruby Tuesday? Take it away, Tommy:

“I wanted to meet at a place where there was a pretty good chance we wouldn’t be recognised from people in the world of golf. So we decided to meet halfway, and Paul got to Ocala and we found a Ruby Tuesday’s just off the freeway, so that’s where we met.”

I mean, Ruby Tuesday is a decent enough spot with a top-notch salad bar, but was there not a Chili’s in the area? Anyway, Roy went on:

“Whenever we have big-time deals at NBC, we operate in total secrecy, so from that time forward when we had any internal texts or communications on this, we always referred to Paul as Ruby Tuesday.”

Love it. Now what’s the over/under on when Dan Hicks calls his new booth partner that?