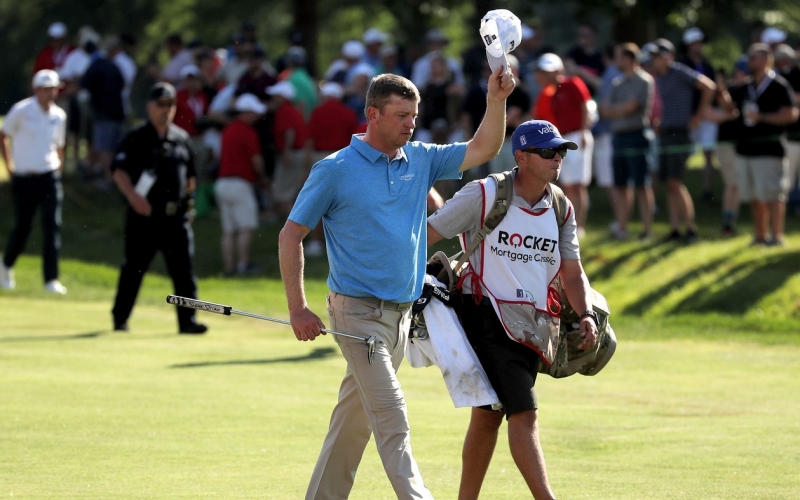 By Brian Wacker
The emotion came pouring out—in eyes that welled up like an overflowing damn, in a voice that cracked and was barely able to speak. It took 15 years for Nate Lashley to let it go, at least publicly. God knows how many tears he shed privately.

Now, finally, there was joy.

On Sunday, the 36-year-old journeyman, ranked 353rd in the world and the last player into the Rocket Mortgage Classic, was a winner for the first time on the PGA Tour after a six-stroke romp at Detroit Golf Club. He has a job on the game’s biggest stage for the next two years. A spot in next month’s Open Championship at Portrush awaits, an invitation to next year’s Masters and a trip to Maui in between, among other perks. Pretty sweet for a guy with just one previous career top-10 on the PGA Tour in 32 starts.

But there was also pain.

Everybody in golf has a story. Lashley’s is as incredible as it is gut-wrenching. When he was a 21-year-old junior at the University of Arizona, his parents, Charlene and Rod, along with his girlfriend, Leslie Hofmeister, were killed when the single-engine Cessna that Rod was piloting crashed near Wyoming’s tallest mountain. The three were flying in bad weather, returning home to Nebraska after watching Nate play in the NCAA West Regional at Crosswater Club in Sunriver, Ore. Earlier on May 23, 2004, in 30-mph winds, Nate had gone two under on his final nine holes, punctuated by a long birdie on the last, to help the Wildcats advance to nationals. When neither his parents nor his girlfriend called that night, or the following morning, Lashley became concerned. One of his coaches phoned the FAA and some local airports. Three days later, rescue crews found the plane. Everyone had perished.

That tragic event had been mentioned often in Lashley’s up-and-down career. He’d met questions with mostly stoic, matter-of-fact responses. Perhaps it was out of necessity; how does one endure and move on from such horror? Survival of the fittest, or mentally toughest, anyway.

“It took me a long time to get over my parents’ death,” Lashley said on Sunday. “Mentally, it was holding me back for a long time.” 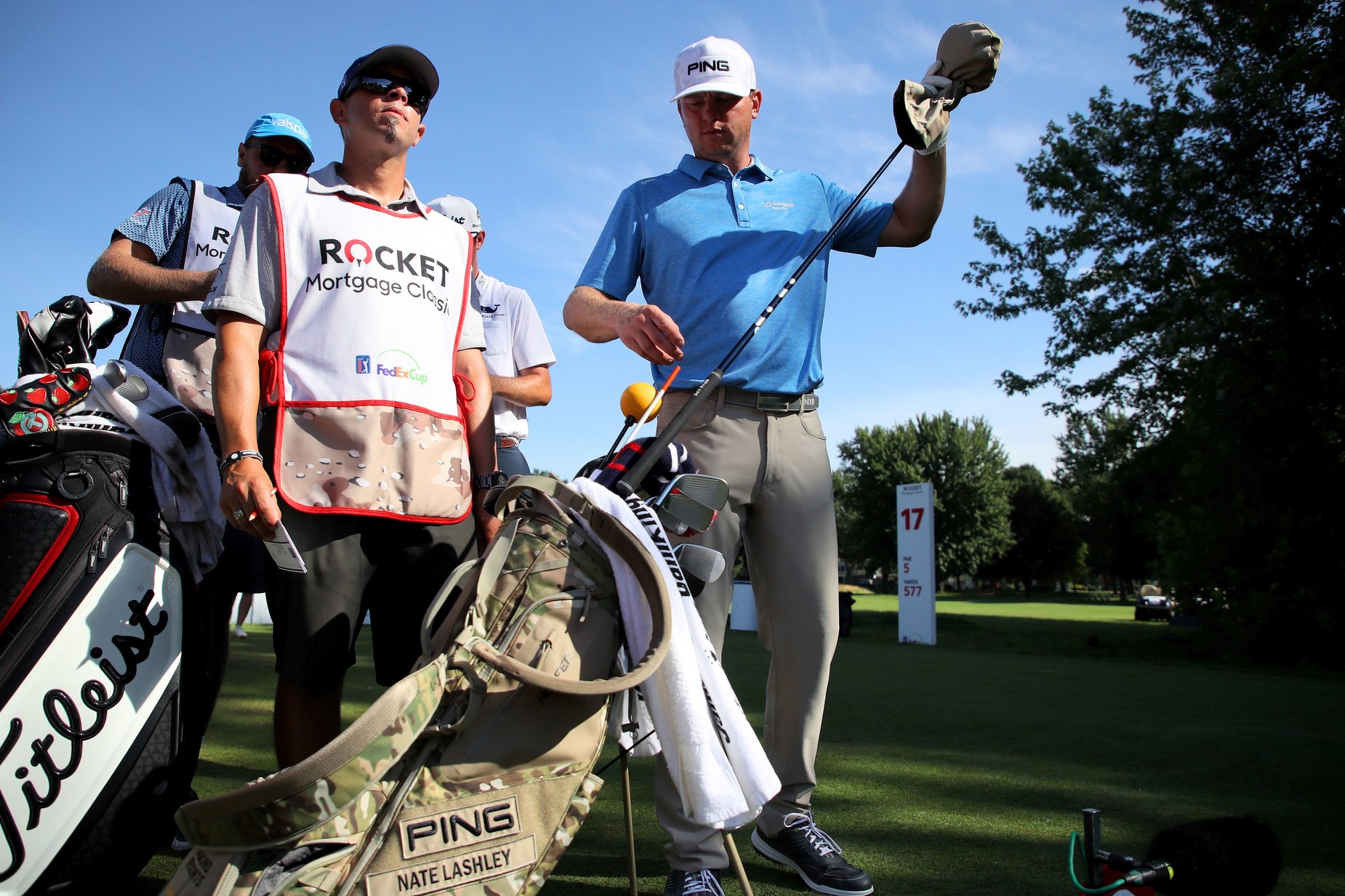 Gregory Shamus
Lashley never flinched on Sunday, finishing with a six-stroke win after starting the day with the same size lead.

How could it not? Off the course, the little parts of day-to-day life became difficult. On it, Lashley was always feeling like something was going to go wrong. He could have quit the team or even quit school. There would have been no shame in that. Instead, he returned to become Arizona’s top player, earned All-American honours, graduated and turned pro.

Still, things were hard. Lashley played on the Nationwide Tour (now Korn Ferry Tour) in 2006 but made just two cuts in 14 starts. His career spiralled from there, down to mini-tours to giving up the game for six months in 2012, when he got into real estate and tried flipping houses.

But he never really quit, and after a couple more years in golf’s hinterlands, he qualified for PGA Tour Latinoamerica in 2015, where he finished eighth on the money list. The next year, he won three times on the developmental circuit and was named its Player of the Year. That got him a Web.com Tour card for 2017, and from there he went on to win the Corales Puntacana Resort and Club Championship, finish 11th on the money list and earn a PGA Tour card for 2018.

“It was nice to take a few months off, and by taking those few months off and doing some other stuff, I realized golf’s a lot of fun. It’s a blessing to be able to come out here and compete,” Lashley said. “Especially now playing at the highest level, I’m glad I stuck it out.”

The perseverance paid off, but there were still obstacles to clear.

In 2018, Lashley’s season was cut short by a knee injury, which resulted in him starting this year on a minor medical extension. When he failed to fulfill it, that meant playing out of the 126-150 category—and ultimately it meant being an alternate for the Rocket Mortgage Classic. He tried to Monday qualify for the tournament but failed, missing out on a playoff by two strokes before getting in anyway.

Once in the field at Detroit Golf Club, Lashley made the most of the opportunity and was buoyed by a pair of 63s, in the first and third rounds. At one point, he went 39 straight holes without a bogey. 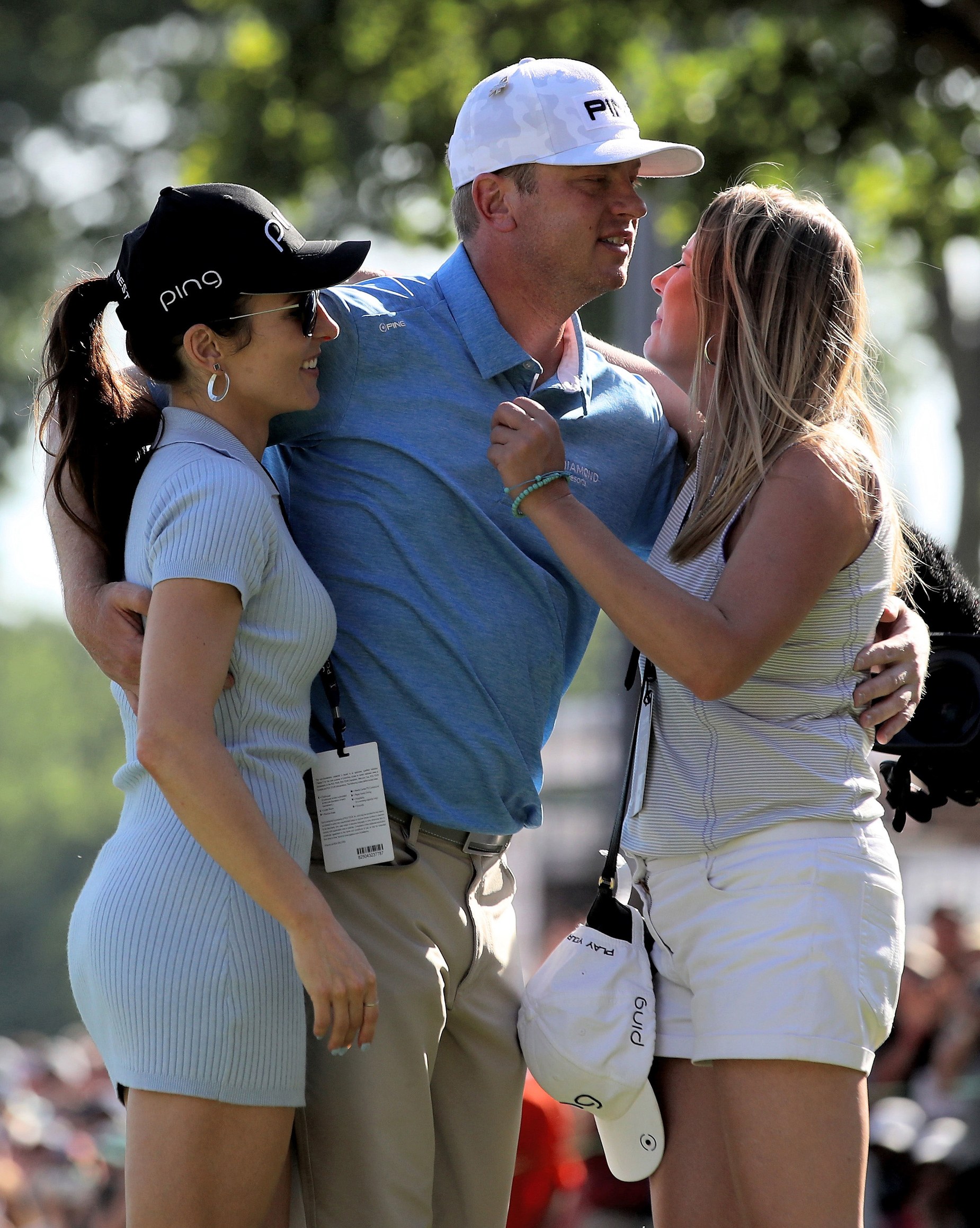 Leading by six going into the final round, though, he still couldn’t help but be nervous. A birdie at the first and another on the third mostly took care of that. The lead never got smaller than four strokes, with Lashley appearing in complete control rather than like a golfer playing with a 54-hole lead for the first time on the PGA Tour.

On the walk up the 18th, the emotion and enormity of all he had been through finally hit him, and he finally let it all out, with his sister, Brooke, and girlfriend, Ashley, among other friends and family, there to cry along with him.

The long nightmare was over.

“I mean, I wasn’t even sure I was going to get into the tournament,” he said. “Ending up being in here right now, it’s a dream.”