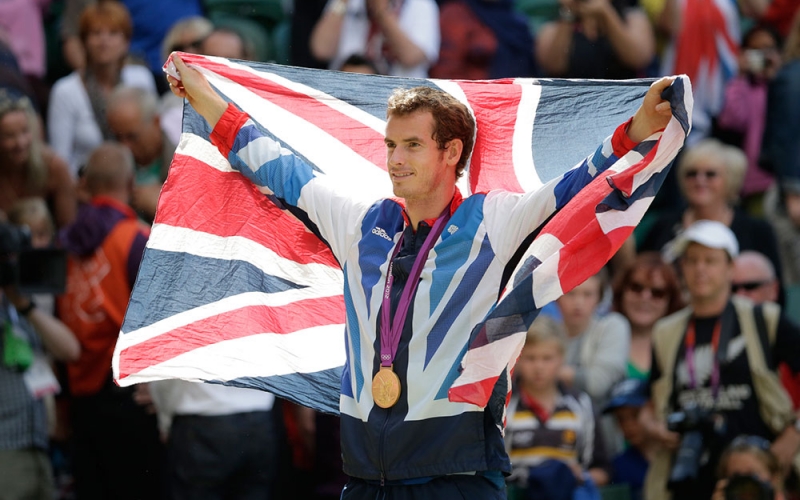 By Brian Wacker
Andy Murray’s return from hip surgery in 2019 suffered another setback last week when a left groin injury knocked the three-time Grand Slam champion and former world No. 1 out of the Miami Open. At 33 years old—practically ancient in tennis terms—and with a medical dossier as thick as a Tolstoy novel, or Bryson DeChambeau’s upper body to use a more current comparison, his time on the court is winding down.

But it looks like Murray might have his next career move already figured out: becoming a professional caddie.

“I really like golf, so being a caddie for example on the golf tour would be something I would find exciting,” the Scot told Gentleman’s Journal. “To be up close and personal to top golfers—and to learn about another sport like that—and maybe there’s some crossover between the two sports from the mental side and things, and so you might be able to help a golfer.”

Perhaps it wouldn’t be that difficult a transition, either.

Murray already counts Rory McIlroy, Justin Rose and Danny Willett, among others, as his friends on tour. McIlroy and Jason Day are also among players in recent years to employ close friends over more seasoned loopers. And Lee Westwood has taken things a step further, tasking his fiancee Helen Storey to carry the bag and Westwood nearly won the Arnold Palmer Invitational and the Players Championship with along to offer support.

Murray is also an avid golfer—reportedly a 7 handicap, though he did admit to having three shanks on the opening hole at Wentworth two years ago on his way to a 29-over alongside his brother in the club championship.

“Me and Jamie [Murray] scored 101 each which was not pleasant,” he said at the time. “It all got away from me quickly. I hadn’t shanked a ball for the last 12 or 13 rounds I had played and I had three on the first hole. I was so nervous.”

Fortunately, Murray, who also said he’d have an interest in coaching soccer, er, football, wouldn’t have to worry about such nerves in his new gig.

Koepka among five of the top 64 missing WGC-Match Play

Sponsored Content – About this time every year, the market is flooded with same-same summer membership deals from ...