A month spent focused on the art of scoring at Jumeirah Golf Estates has the United Arab Emirates’ two teams in a good space heading into this week’s 2017 GCC Golf Championships in Saudi Arabia.

Mohammed Al Hajeri, Mohammed Abdulla Saeed and Rashid Al Qubaisi will represent the UAE in the U18 event from Thursday while Rashid Al Emadi (pictured above). Obaid Al Heloo and Khalid Al Mutawa make up the UAE U15 team which will also compete over 54 holes at Riyadh Golf Club.

The Emirates Golf Federation (EGF) has invested heavily into its junior programme with the players honing their short games and working on scoring during a dedicated four week development camp at the European Tour Performance Institute (ETPI) at JGE.

“Scoring is the most important part of playing in the GCC Championships,” said UAE manager and EGF Secretary General, Khalid Mubarak Al Shamsi as the teams tuned up with 36 holes of practice in Riyadh. 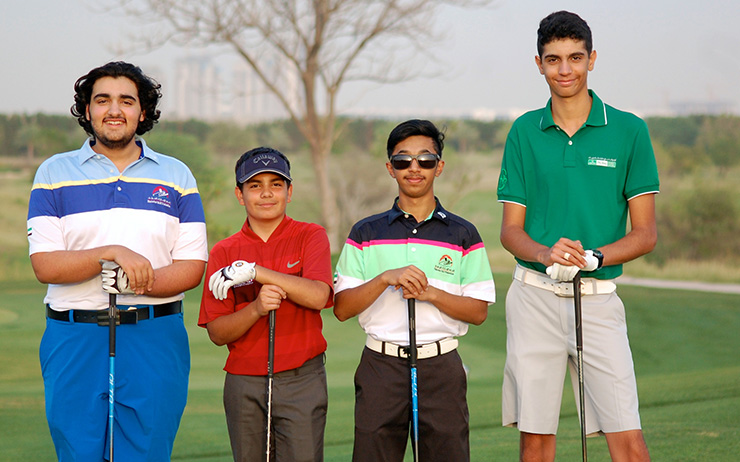 “Recovering from mistakes and keeping the ball in play will help our team place in the top spots for this championship. We have some young talent and we have prepared well for this event…it is now time to put that hard work to the test.”

Al Qubaisi is playing his first international event while Al Hajeri is fresh from helping the UAE senior men’s team capture the bronze medal at the recent senior GCC Golf Championship in Bahrain.

Al Emadi is the big hope for individual honours in the U15 division after a strong 2016-17 season and dedication to his short game.