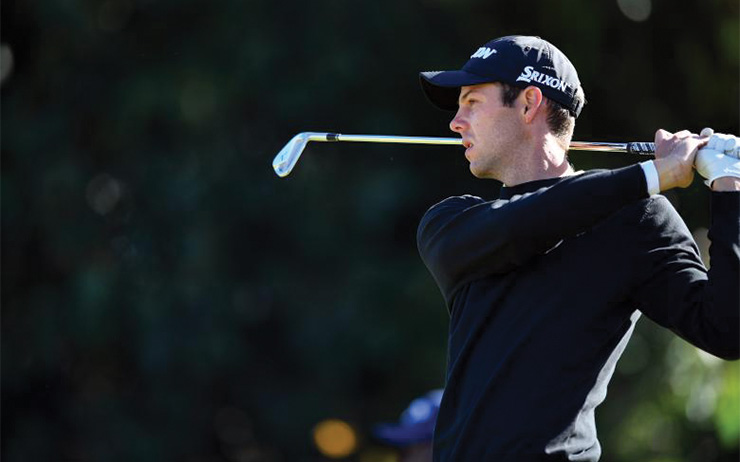 Breyten Meyer waltzed to a four-shot victory in the South to East Challenge near Johannesburg as MENA Tour regular Luke Joy got his campaign back on track with a third place finish.

South African Meyer mixed eight birdies, five of them on the front nine, with a lone bogey in a closing 65 to reach 13 under in the Big Easy Sunshine Tour event which is co-sanctioned by the MENA Tour.

Herman Loubser, the Sunshine Tour Q-School winner, carded a 70 to finish second on -9 as England’s Joy shot a bogey-free 68 to occupy solo third on five-under.

Joy may have finished eight shots adrift of Meyer but it was a notable achievement after he missed the cut at the Zambia Open, a higher level Sunshine Tour event, the previous week. 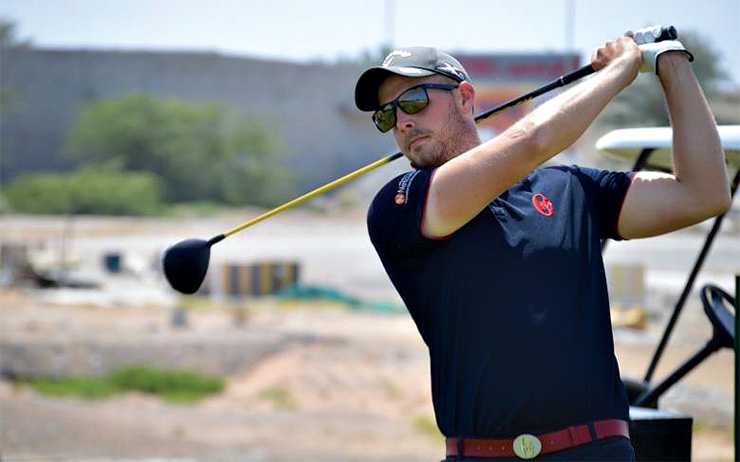 The former MENA Tour winner thank his supports for some gentle encouragement in the lead up to the South to East In his regular online blog.

“I again wanted to thank you guys for your support this week, a good kick up the arse was just what I needed and it’s great to get some feedback when your on the road so very thankful to all you for a bit of encouragement,” Joy said.

“To say this week has been a bit of a challenge would be a good assessment. The game has been a bit off and on this golf course you get found out pretty quick if you don’t really know where it is going.

“Today’s [final round] performance still wasn’t great but it was a hell of a lot better than the start of the week which was very promising. I managed the ball well and missed shots in the right places which was half the battle this week. My short game got me out of trouble today and was tidy which lead to a bogey free 68 (-4) and managed to climb further up the leaderboard to third for the week.

“Very happy with that as the game at the start of the week was far from pleasing but happy to get the most out of the week.”

Joy is now looking forward to the Jo’burg City Masters at Country Club Johannesburg from June 13-15, the second of three Big Easy Sunshine Tour events co-sanctioned by the MENA Tour.

An initiative of the Shaikh Maktoum Golf Foundation, the MENA Tour was created in 2011 with the aim of developing golf in the region. It is affiliated to R&A, the worldwide golf governing body based in the home of golf, St Andrews, and the Arab Golf Federation and enjoys the Official World Golf Ranking (OWGR) status.

A guaranteed spot at the PGA Tour’s 2018 DEAN & DELUCA Invitational (for the MENA Tour champion), multiple European Tour starts, including the Omega Dubai Desert Classic, the Hassan II Trophy, Maybank Championship Malaysia, and the KLM Open, are some of the added incentives that await MENA Tour members, in addition to playing privileges on the Sunshine Tour, and exemptions into the Final Stage of the Sunshine Tour and Asian Tour Q-Schools.