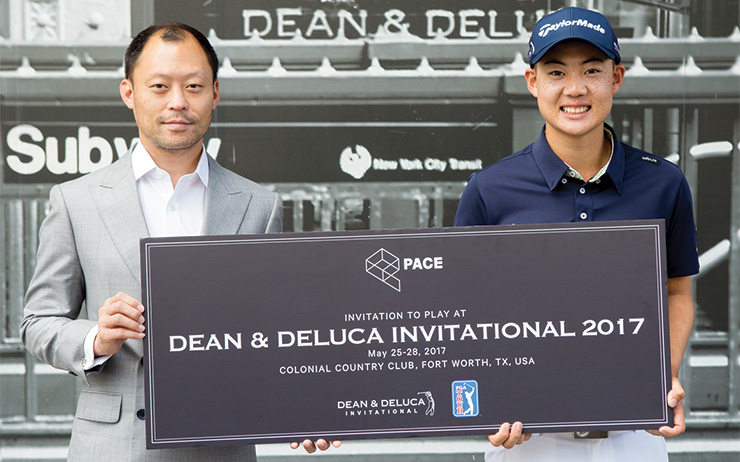 The 21-year-old Thai has been handed a special invite to play this week’s DEAN & DELUCA Invitational at Colonial Country Club in Fort Worth in Texas.

The dream opportunity to play the PGA Tour event comes from Pace Development Corporation, the owner of gourmet food and beverage brand ‘DEAN & DELUCA’ and title sponsor of the $ $6.7 million tournament, following his impressive victory in the MENA Tour’s MahaSamutr Masters at Banyan Golf Club in Hua Hin, Thailand, earlier this month.

Janewattananond is understandably looking forward to becoming the first Thai player to play the event where he will tee it up alongside some the game’s biggest names in the countdown to the U.S. Open at Erin Hills. The DEAN & DELUCA Invitational is headlined by defending champion Jordan Spieth, Hideki Matsuyama, Masters and Omega Dubai Desert Classic champion Sergio Garcia, Jon Rahm and Matt Kuchar.

“It is a great honour and opportunity to represent Thailand at such a world-class professional tournament,” said Jazz, who turned professional in 2010 and became the youngest ever player to make the halfway cut on the 2010 Asian Tour, aged 14 years and 71 days.

“My sincere thanks to PACE Development Corporation and DEAN & DELUCA for offering me such a valuable spot. I will try and do my best. The experience of playing alongside world-class player will certainly come handy for the future.

This year’s MENA Tour order of merit champion will follow in Janewattananond spike marks with a spot at the 2018 DEAN & DELUCA Invitational one of the key rewards for the tour’s money list winner.