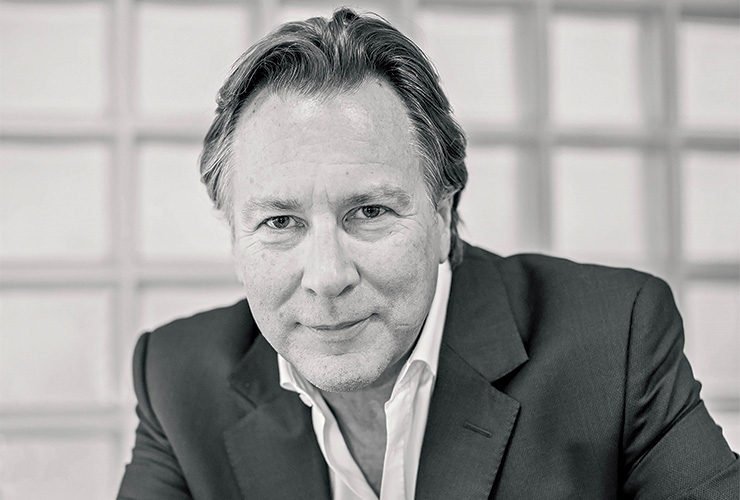 Paul Berger, the Middle East and Asia CEO of the MENA Tour’s title sponsor Arena, has high hopes for the regional Pro-Am circuit

Interview by Kent Gray
After more than a year in a restructuring hiatus, the MENA Tour has come back better than ever before in 2019. You must be delighted with how the season has panned out?
Absolutely! I’m thrilled with the progress of the tour. Especially this season with all the new young talent. It has been exciting to follow.

There have been some compelling storylines in 2019 but clearly the wins by amateurs Robin Williams and Josh Hill stand out. It’s been great for the teens and the tour as a whole hasn’t it?
I am very proud of Robin and Josh; they have both had a tremendous season thus far and we are all looking forward to how the final goes in Jordan. It’s an amazing opportunity for amateur players to join the tour for this exact reason.

What has been the standout moment for you as a sponsor and also from a personal viewpoint?
The standout for us has to be the international media attention that the tour has generated – obviously, this has been fantastic for us from a brand awareness point of view and it was completely unexpected.  The success of Josh Jill and Robin Williams has been fantastic for the tour and the sport in general.

We’re also really pleased that we’ve been able to increase the tour’s sustainability with a new ‘No single-use plastic bottles’ policy, and by providing stainless steel bottles to each of the players. This was a very proud moment for us and we’ve enjoyed seeing the players using them during the tournaments.

Many fans who enjoy the world-class European Tour action on offer in the Middle East each year mightn’t know Arena’s already close connection with the game here. Tell us more about Arena and it’s connection with the game:
Arena Middle East and Asia has a history of designing and delivering structures for the most exclusive public, corporate, private and sporting occasions in the event calendar, and we have been heavily involved in golf globally.  Over the years we have been proud to deliver structures for a host of major international tournaments including the Presidents Cup, the Ryder Cup, the U.S. Open, The Open Championship, BMW PGA Championship, CJ Cup, Maybank Championship, CIMB Classic, and the Hong Kong Open to name a few.

Our continued promise and delivery of quality over the years has resulted in long-standing relationships and multi-year contracts with some of the most prestigious events in the world. Arena has been an integral part of the growth of golf in the Middle East, having provided infrastructure to almost every big tournament here since their inception. Golf forms a major part of our portfolio regionally including, the HSBC Abu Dhabi Golf Championships, Omega Dubai Desert Classic, and the Saudi International.

What makes golf a strong sponsorship proposition and why the MENA Tour in particular?
In addition to golf being a growing sport in the region and Arena being involved in so many iconic tournaments we wanted to give something back to the industry that has been very kind to us. Golf was the obvious choice.

Tell us about your own golf?
I am a social player with no handicap.

Who is your favourite player?
Seve Ballesteros. Although he is no longer with us, he was a genius on the course.

What is your vision for the MENA Tour, in tandem with strategic advisor David Spencer and his team?
I see the Mena Tour becoming the No.1 feeder tour in the world. David and I are also very confident that Arena’s partnership with the Tour will help play a massive role in nurturing a home-grown champion very soon.

Since back-to-back triumphs in Abu Dhabi in 2017-18, the just-turned 29-year-old has become something of a nearly-man in the Middle East.