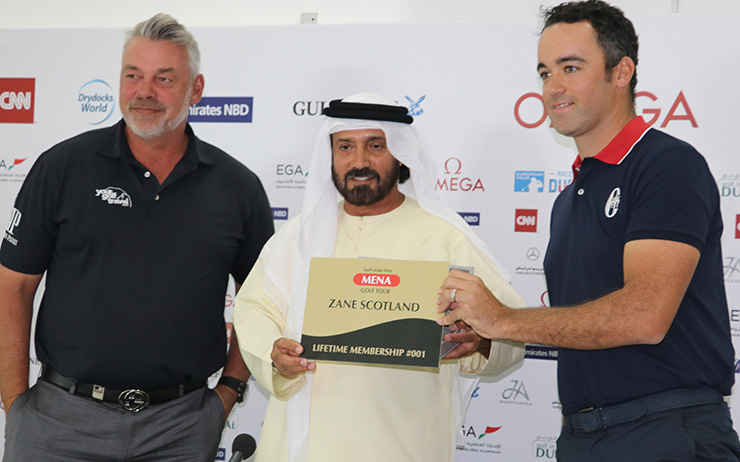 A new stop in Thailand that will become the tour’s first 72-hole event and a new Moroccan venue for next month’s qualifying school headline the provisional 15-tournament schedule for the 7th MENA Golf Tour season released on the sidelines of the Desert Classic Sunday.

Thai star Prom Meesawat, tied third heading into the final round of the Desert Classic, is a confirmed starter for Pattana Golf Club and Resort for the third of three-tournament “Thailand Swing” on a now global schedule essentially split into four swings – Morocco, Thailand, South Africa and GCC.

Royal Golf El Jadida is the new venue for the March 5-8 Q-School before back-to-back events in Morocco kick-start the season long pro and amateur order of merit battle.

Tower Links GC hosts The Ras Al Khaimah Classic in April ahead of the Thailand Swing and three events in South Africa, all co-sanctioned by the Sunshine Big Easy Tour, which are to be confirmed.

The tour then begins its six-tournament GCC stretch with the Dubai Creek Open in September before culminating at Al Ain Equestrian, Shooting and Golf Club at the Tour Championship.

An initiative of the Shaikh Maktoum Golf Foundation, the MENA Golf Tour was created in 2011 with the aim of developing golf in the region. It is affiliated to R&A, the worldwide golf governing body based in the home of golf, St Andrews, and the Arab Golf Federation and enjoys the Official World Golf Ranking (OWGR) status.

Multiple European Tour starts, including the Omega Dubai Desert Classic, the Hassan II Trophy and the Maybank Championship Malaysia in addition to full playing privileges on the Sunshine Tour and exemptions into the Final Stage of the Asian Tour Q-School for the leading three professionals are some of the added incentives for the MENA Golf Tour members.

Clarke will continue to play selected events as well as provide mentoring to promising players.

MENA Tour chairman Mohamed Juma Buamaim revealed that a deal had been struck with the Fox network to show all events in Asia. A “Project 300’ initiative was also underway designed to get an Arab player to the 2020 Olympics.

“Hosting 56 tournaments in seven years gives us a tremendous sense of satisfaction and we thank all the host venues and players for believing in us. Producing more home grown champions like Rayhan [Thomas] may still be a few putts away, but we are happy to happy to move the needle a bit forward.

“If anyone asked me how the MENA Tour is going, I think they should look at who Rayhan is going to play with today, the Masters champion [Danny Willett] in the final day [of the Desert Classic]. That to me is a great success and we hope to build on that.”