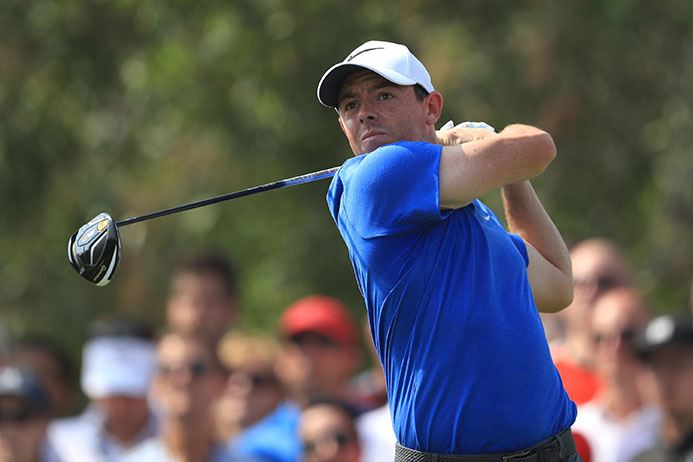 It’s billed as the “Major of the Middle East” and has begun unveiling a 2017 cast with those very real credentials.

While there is still no official word on whether Tiger Woods might make his 2017 bow in Dubai, the confirmed trio bring a combined six major championships, 29 European Tour titles and immeasurable pulling power to Emirates Golf Club.

Willett is back to defend the famed Coffee Pot after his win last February ignited a roller-coaster year. The 29-year-old Yorkshireman went on to become a father for the first time, win his first major title at The Masters and represent England at the Rio Olympics before enduring a forgettable Ryder Cup bow at Hazeltine.

“To think the tournament is now in its 28th year, just older than I am, is testimony to its enduring strength,” said McIlroy who will be making his 11th appearance in Dubai, the most he has played at any single event worldwide.

“I have great memories of this course and tournament. I made the cut here for the first time in a European Tour event as a 17-year-old amateur in 2007 and it was here I secured my first professional win two years later. My great relationship with Dubai was pretty much set in stone from then.”

“Playing well in front of family, friends and supporters always gives you that extra bit of satisfaction,” the 40-year-old Swede said.

“It would be great fun to win in Dubai again, but they (the organisers) have once again assembled a strong field and nothing can be taken for granted. We will have to see how things unfold.

Defending champion Willet will be out to emulate Scot Stephen Gallacher, the only back-to-back winner of the Desert Classic.

Mohamed Juma Buamaim, vice chairman and CEO of ‘golf in DUBAi,’ said: “The Omega Dubai Desert Classic has been one of the key drivers in fuelling the growth of golf in the emirate and the confirmation of the some of world’s leading golfers only goes to show we are headed for an exciting week.

“Both Rory and Henrik are familiar faces to Dubai fans, having competed in this event a number of times. They are exceptionally talented and a source of inspiration for young sportsmen even from beyond their own sport,” said Buamaim.

“Also, it will be interesting to see if the winner of the 2017 Omega Dubai Desert Classic can follow in the footsteps of Danny and goes on to win the Masters.

“Over the years, the ‘Magic of the Majlis’ at Emirates Golf Club has treated fans with some great theatre and, like all of you, I also look forward to seeing who emerges from the evening shadows to add a slice of Dubai history on Sunday, February 5.”