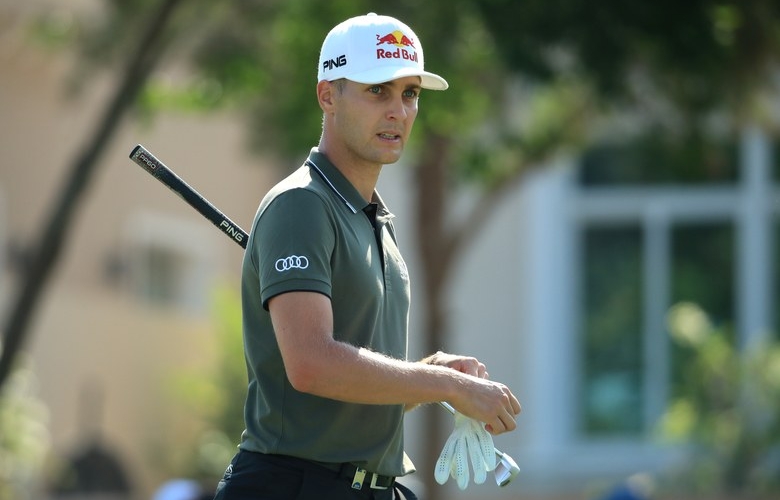 Watch the 25-year old Austrian play golf and a similar comparison is increasingly legitimate. Just like the two-time Masters champion, Schwab’s game is built around consistency, precision and the elimination of error.

All very Germanic. And all, as it happens, more and more successful. No one had more top 10s—10—on the European Tour during the 2018-’19 season than this Vanderbilt University graduate.

Such a record was both lucrative—almost $1.95 million—and frustrating for Schwab, who hails from the ski resort of Schladming and grew up in a sporting family. Father Andreas, now retired from his job as an executive with Adidas, represented Austria in the bobsleigh at the Winter Olympics. So it was golf in the summer and skiing in the winter for Matthias—he rates his handicap as scratch on the slopes and claims he can “get down any hill”—and his brother, Johannes.

“But I was better at golf,” says Matthias, again echoing the Florida-based Langer. “I like the warm weather more than the cold. And I enjoy the discipline of golf.”

Schwab’s four years in Nashville at Vanderbilt produced a management degree and much progress on the golf course, despite having to sit out his first year because of a back injury. The beaten finalist in the 2012 (British) Amateur Championship, he was twice an All-American, twice T-3 at the NCAA Championship and holed the winning putt for the European side at the 2016 Palmer Cup (for which he earned a spot in the 2017 Arnold Palmer Invitational).

“I know college golf in the States is not for everyone,” he says, in advance of the Abu Dhabi HSBC Championship, which begins Thursday. “I have seen quite a few good players go there and come back worse than they were before. But for me, Vanderbilt was the best fit. It is quite a small school. The academics are good, which was important to my parents. So there was never any danger of me leaving early.

“The golf coach, Scott Limbaugh, was great, as are the practice facilities. And I got to play against some great players in tournaments, guys like Jon Rahm, Bryson DeChambeau, Beau Hossler and Scott Scheffler.”

Schwab turned professional in June 2017 and played the rest of the season on the European Challenge Tour before qualifying for the European Tour proper at the year-end qualifying school. One year later, he had four top 10s and finished a creditable 72nd on the Race to Dubai. And one year after that, he shot up to 17th, courtesy of all those top 10s and 12 months working on his swing under Liam James, an assistant to European Tour player and swing coach, Robert Rock. More than once Schwab came close to victory without crossing the line first. Hence the frustration.

“We started working with Matthias in Turkey maybe 18 months ago,” James says. “All those high finishes are the result of a lot of hard toil on his part. The way that he goes about things is stereotypically Germanic. He’s very smart, very methodical. There is not much wasted time on the range. He’s very specific in what he does.

“His swing now compared with 18 months ago is hugely different,” James adds. “He had a very open and weak position at the top when we started. That meant he had to rely heavily on timing. There was a lot of club face rotation through impact. So he struggled with flight control. The first thing we changed was his left-hand grip, which helped him square-up the club at the top. He is so much better now. Throughout that change he remained very consistent, too, which is hard to do. But he adapted straight away.”

Still, perhaps the biggest improvement in the Schwab game over the last 12 months or so has come on the greens. Working with coach Mike Kanski, the Austrian last year reduced his 2018 putting average of 30.24 to 29.68. That’s more than two shots over 72 holes, a huge difference in a game where margins at the top level are increasingly tight.

“Mike and I changed my setup and my stroke,” Schwab says. “In the second half of last season, I really putted well. The biggest difference is that my stroke is longer and less rounded. Before, because I opened the face so much, I would block my putts to the right, or flip over with my hands. I would always be compensating for the previous putt. It was all over the place.

“I’ve always been consistent,” he continues. “I’m pretty solid thorough the bag. My bad shots have never been too bad. Even on bad days, my ball-striking is generally OK. But, while I never really had any really bad scores, I didn’t go low that often, either. Until last year, that is. I went deeper every now and then. Which is important. At this tour, the game is about hitting home runs.”

So far, to continue the baseball analogy, Schwab has had to be content with triples. But third base is not so far from home.

“Temperamentally, Matthias is the same every day, no matter what,” Rock says. “You can’t tell if he is playing well or badly. Not that I have seen him play that badly yet. So the plan is to keep doing what he is doing. After a good season, I’ve seen a lot of players try to get better by making changes to a swing and method that has already done well. That’s a mistake. For me, it is better to keep going on the same path. Experience and confidence only makes you better. Which is better than trying too hard to be better. That only risks messing things up.

“I know Mathias desperately wants to win. Which he should. That drives him on. The key is not to mess with the balance in his game. If we don’t do that, I think he’ll win soon enough.”

The signs on that front are all good and Schwab’s natural patience is a more powerful force than any vexation he may feel at not having won yet. Things like playing for Europe in the Ryder Cup, making the world’s top 50—he ranks 80th—and graduating to the PGA Tour are all things that can wait for a man who writes down his targets at the start of each season.

“The Ryder Cup is not really a motivation at this stage,” he says. “I have a few goals for early in the season, and we will see where those take me. I am usually one who focuses on the next round or the next tournament. I do want to be part of the Ryder Cup. But it isn’t something I spend a lot of time thinking about. If I play well, it will happen.”

Keep an eye out for this quietly ambitious young man. He might not say much, but his ultra-solid game is well capable of making the sort of noise that will attract more and more attention.