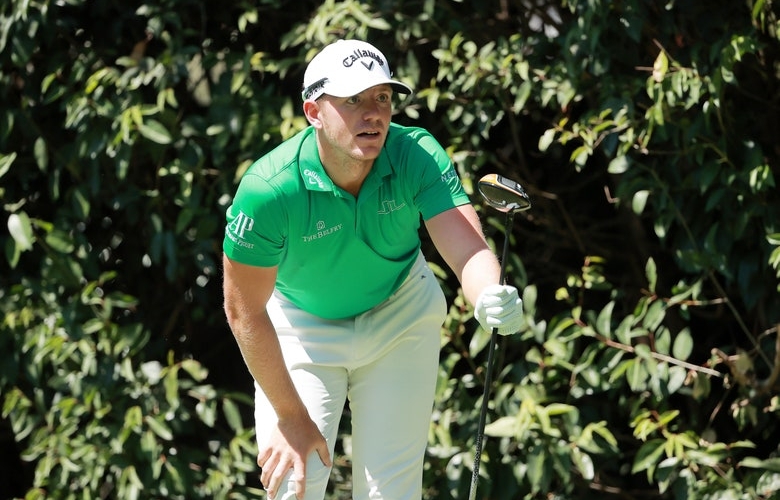 By Alex Myers
Tiger Woods won’t be the only defending champ at Augusta National whenever the Masters is finally contested. Matt Wallace will return as the reigning King of the Par 3 Contest. Not that he ever plans on winning it again—he knows better now.

“‘I’m going to do it. ‘I’m going to be the first person ever to win the Par 3 and the actual tournament,'” Wallace declared that Wednesday night. “And, I go and miss the cut. So there’s something for us, to not get ahead of ourselves—and also not to win the Par 3, because the curse is still alive.”

Wallace showed up on leader boards at the actual tournament in two of the other majors in 2019, though, finishing T-3 at the PGA Championship at Bethpage Black and T-12 at the U.S. Open at Pebble Beach. It was the first good look many American golf fans got of him on the heels of four European Tour titles the previous two seasons. Unfortunately, the 29-year-old Brit was also under the microscope for a couple viral clips of him getting upset on the course, including venting frustration with his former caddie, Dave McNeily, during the final hole of the BMW International.

Wallace said he’s learned from those experiences as well in this week’s Golf Digest Podcast (Wallace’s interview starts at the 26:05 mark), which covered his quick rise from the Alps Tour to one of the European Tour’s best golfers. We also discussed his crazy day at the Players when the Coronavirus brought play to a halt, how he’s trying to keep his game sharp while on quarantine, and how he instantly turned personal disappointment into motivation after not making Europe’s 2018 Ryder Cup squad.

Plus, we honour this week’s cancelled WGC-Match Play with a look back at some of the event’s most memorable moments, and provide the latest news concerning COVID-19’s impact on the golf world. Please have a listen: