Matt Kuchar, known for consistency, admits, ‘I should have won more often’ 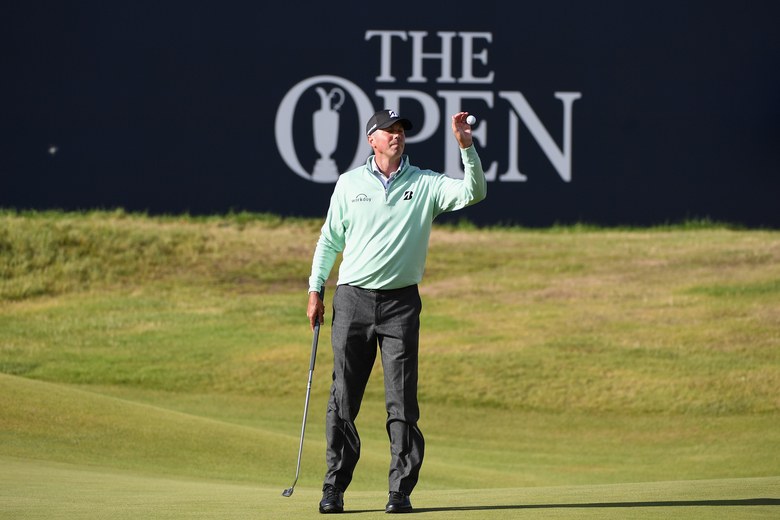 It’s a strange thing given how well he plays in almost every tournament, but he doesn’t seem to get noticed much, perhaps because he’s nearly always there, albeit most often in the background of the foreground (or the foreground of the background, depending on your point of view). But he deserves better: if consistency is your thing, then Matt Kuchar is your man, a fact in which the amiable 39-year old Floridian takes justifiable pride.

And here he is again, joint-leader after a five-under par 65, with one-quarter of the 146th Open Championship at Royal Birkdale in the books. Actually, “again” might be a little strong. Strangely for a man who was the low amateur at both the 1998 Masters and U.S. Open, Kuchar’s record in the four majors has been relatively disappointing. When it comes to the game’s most important events, the “top-10 machine” has spluttered a little, recording only eight finishes better than eleventh – the best T-3 at the 2012 Masters, one month before he won the Players.

“I can’t deny it is all getting a little frustrating,” he says. “I went seven years between 2002 and 2009 without winning. Then I did win in ’09. A year later I won a FedEx Cup playoff event. Then, even though I played well, I didn’t get it done in 2011. Which is why winning the Players was so important to me. Finishing first in a field that strong gave me a huge boost. On paper at least, it has the strongest field of the year. So I now know that I can definitely win a major championship. My best golf is good enough. Which is a great feeling. Knowing you can win is a lot different from wondering if you can. Now I just have to do it of course.”

In that regard, his opening round here represents almost the perfect beginning. Having said that, the end wasn’t so good. Five-under par by the turn – an outward half of 29 – Kuchar’s round was somewhat becalmed coming home. Nine straight pars had to have felt a little deflating after such a scintillating start. Not that Kuchar was ever going admit as much.

“The backside I stayed incredibly aggressive, particularly off the tee,” he insisted. “I had a couple of opportunities that I wasn’t able to convert but sitting here at five-under par, I’m awfully pleased.”

Still, while his highest-profile feature continues to be the admittedly goofy-looking grin that seems to reside permanently beneath his rapidly receding hairline, don’t be fooled. Imagining that Kuchar is not the sharpest spike in the shoe is a mistake made by many. Behind that amiable mask lurks a fierce ambition.

“I want to be known as more than the guy who is consistent every week,” he says. “I want to have a season where I have multiple wins. Even one great week can certainly make a year but I never want to be someone who has, say, five decent weeks every season and does nothing the rest of the time. I like that my level of performance is high and that I don’t miss six-eight cuts every year.

“I do feel like I should have won more often. There have been a handful of events where I’ve played really well but someone has just been better. Those sorts of ‘defeats’ I don’t worry about. I put myself in position, played well and just got beat. You can’t do much about that.”