Masters 2019: Tiger Woods went old school with his driver and it won him the Masters 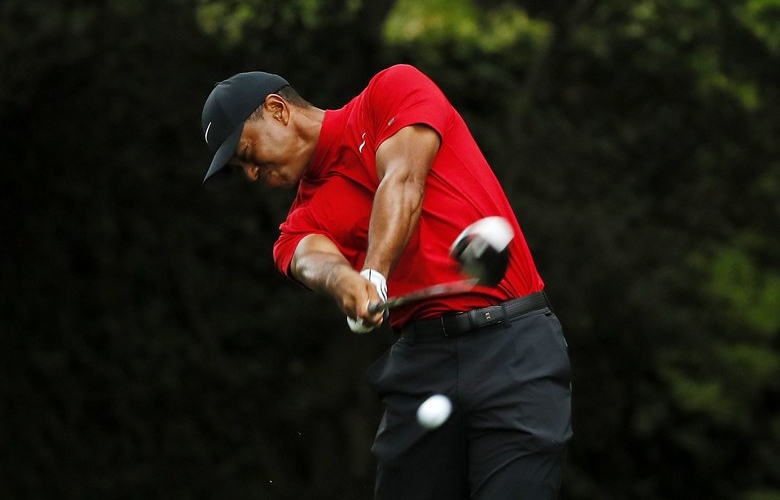 Tiger Woods plays his shot from the second tee during the final round of the Masters at Augusta National Golf Club on April 14, 2019, in Augusta, Georgia. (Photo by Kevin C. Cox/Getty Images)

By Matthew Rudy
When Tiger Woods won his first green jacket, in 1997, he overwhelmed Augusta National with his driver. His long game and touch around the green was so dominant that even a mediocre week with the short irons and putter was enough for him to win going away. He revolutionised the way players attacked the course, and was indirectly responsible for the real estate spending spree Augusta National went on to increase the course’s yardage from 6,800 to more than 7,500.

But through the years, the profile of Woods’ game changed. The driver became less and less reliable, and he had to rely more on his iron play and putting. By 2013—the last year Woods led the PGA Tour in money—he was 127th in strokes gained off the tee but first in strokes gained on approach shots. And by the time he had the fusion surgery, in 2017, Woods’ touch around the green had deserted him, too.

Fast forward to Sunday afternoon and Woods showed that the player he has reinvented himself into looks a lot like the Tiger Woods circa late 1990s, albeit without less physical dominance. He won his fifth green jacket with his driver and his short game, carving tee shots both ways on command and avoiding any drama around the green. He didn’t even putt particularly well, ranking 41st in the field and missing a handful of five-footers for birdie.

“I was able to hit the golf ball both ways this week—hitting high bombs from right to left like on 13, or the little flat squeezer fade like I did on 17,” Woods said. “I hit some of the best shots on that back nine today. You know, I felt like I just flushed it coming home.”

Woods was noticeably looser through both his pre-shot routine and swing—a result of both some mechanical adjustments and the hours-long pre-round routine he goes through to increase flexibility in his fused back.

“What jumps out at you is how much more upright his swing is now,” says Golf Digest 50 Best Teacher Bernie Najar, who is based at Caves Valley Golf Club outside Baltimore. “And he’s back to where you can watch his practice swing and see the kind of shot he’s going to play. It’s loose, continuous and free-flowing, not mechanical or positional. It reminds me of what he looked like when he played his best golf.”

When his swing plane was flatter and his backswing shorter, Woods had more trouble squaring the club face with the driver—and he had to dramatically torque his body down by the ball to try to get the club in better position. His misses tended to be huge—so much so that he often shied away from hitting driver.

From the more upright position he has been using since his fusion surgery, it’s easier for Woods to play higher shots, and he restored his natural swing plane. “He could always lean the shaft forward and hit that shot like he did on 17,” says Najar. “But now, he’s releasing the club a lot earlier and letting his head and neck release up through the shot—which takes stress off his back. That makes it much easier for him to hit shots like the one off the tee on 13 without any fear of the left side. And that left fear used to be a big thing for him.”

Fear doesn’t even begin describe what had been happening with Woods’ short game over a 16-month stretch, when it looked as though he had a full-on case of the yips. But this week, there was literally no short game drama. Woods’ chipping technique was a replica of what it had been during his best years—simple and flowing with wonderful distance control. He clipped the ball cleanly from Augusta National’s notoriously tight lies, and had no issues when he needed to play several shots from muddier areas closer to the galleries.

“Watching him at the height of his problems was difficult because he had the club coming in so steep with no body turn,” says Golf Digest 50 Best Teacher and tour short game guru Kevin Weeks. “He has his chest turning again, and the club is pointing at the centre of his rotational all the way around. He sets the loft and the bounce and then uses the speed of his turn to hit the shot. It’s completely restored his touch, and it’s not because of a bunch of hand action. It’s back to being simple and clean again, without all the changes in spine angle and extra corrections he had to do.”

Add in the wisdom that comes from playing in his 22nd Masters and Woods eliminated so much of the drama that sunk Francesco Molinari and Brooks Koepka. The 1997 version of Tiger Woods would have tried to stuff a pitching wedge next to the flag on 12, which was perched just in front of the bunker on the right side of the green. Tiger wouldn’t bite.

“I had (147) over the first tongue of the bunker there, so my number was hitting it 50 and being committed to hitting it 50,” Woods said. “When it was about my turn to go, I could feel the wind puff up a little bit. Brooksy (Koepka) is stronger than I am, and he flights the ball better than I do, so I’m sure he hit 9-iron there and didn’t make it. So I knew my 9-iron couldn’t cover the flag, so I had to play left. I just stayed committed, hit it over the tongue of the bunker and said, let’s get out here and go handle the par-5s.”

Masters 2019: Tiger Woods’ 15th major was improbable and familiar all at once