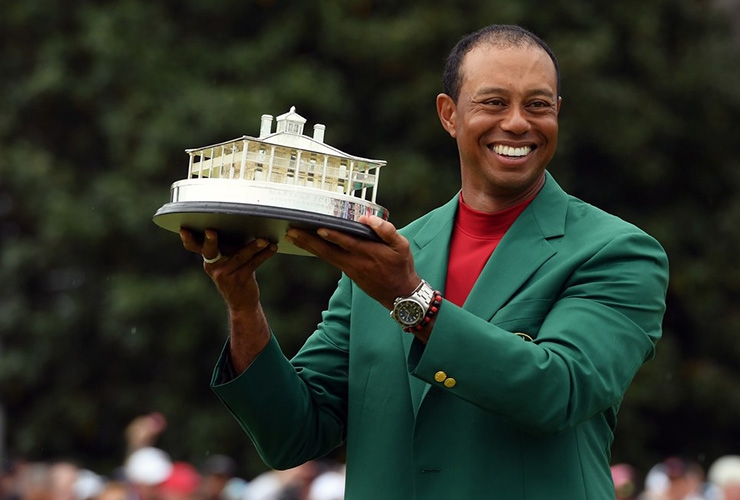 We don’t know yet, because it’s still plenty early, but it’s possible Tiger Woods’ comeback win at the 2019 Masters could end up as the most written-about golf tournament ever. We say that in part because of the magnitude of a player rebounding from the depths of scandal and painful injury. But also because words are plentiful in the Internet age, and Tiger already inspires more than anyone.

But pictures are different, especially at Augusta National, where cell phones are checked at the door, and the job of capturing history is left to the professionals. On Sunday, Golf Digest photographers Dom Furore, J.D. Cuban, and Christian Iooss were there for every step of Woods’ journey to a 15th major title, producing a collection of images that will carry as much significance, if not more, with time. — Sam Weinman 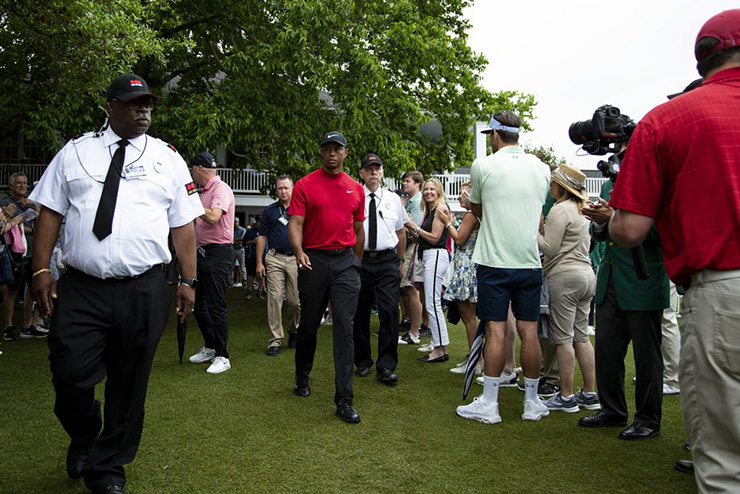 Beginning the day two shots behind leader Francesco Molinari, Woods made his way to the first tee Sunday morning having not won a major in more than a decade. (Christian Iooss) 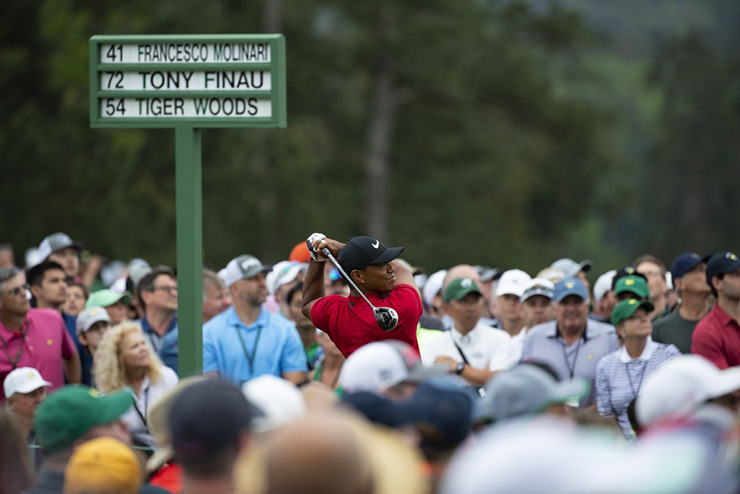 He found the fairway off the first tee and settled for par. (Christian Iooss) After another par at No. 2, Woods teed off on the par-4 third, where he ended up making birdie. (J.D. Cuban) 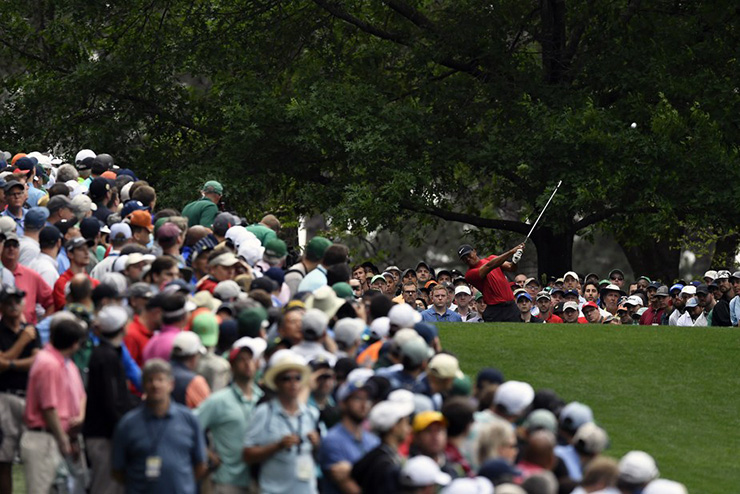 But bogeys would follow on the difficult par-4 fourth, and another on No. 5 as well. (J.D. Cuban) On the par-4 ninth, Woods’ approach found the top tier of the green, but he ended up completing an incredible lag putt for par. (J.D. Cuban) Although he found trouble off the tee on No. 11, Woods carved an approach out of the trees to salvage par. (J.D. Cuban) 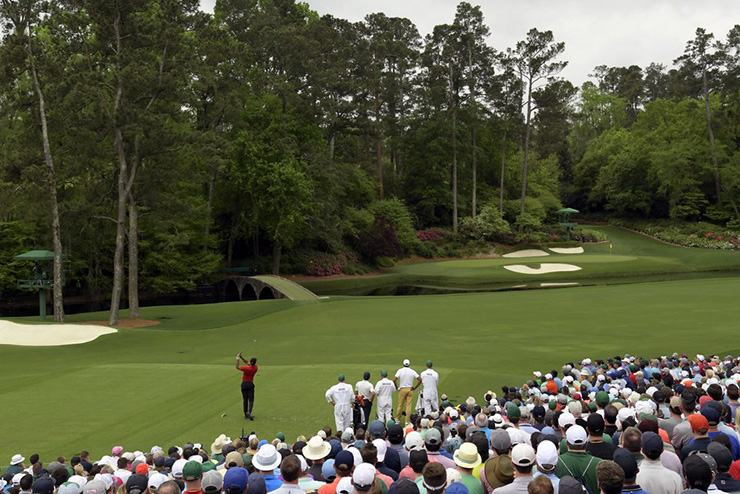 While playing partners Molinari and Tony Finau found Rae’s Creek off the 12th tee, Woods’ approach found land, and his par was enough to give him the lead. (Dom Furore) The clinching birdie for Woods came on the par-3 16th, where he needed just a short putt for his 2. (Christian Iooss) 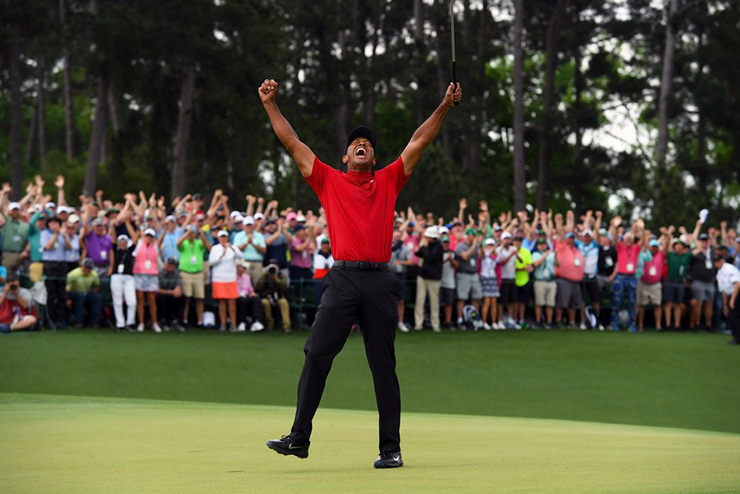 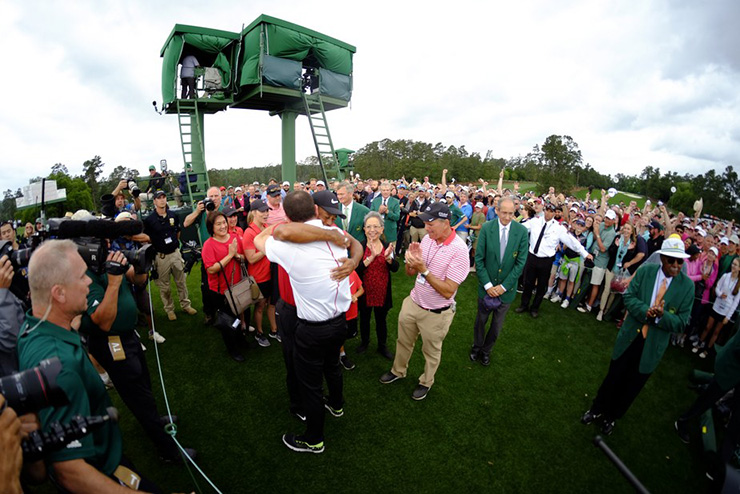 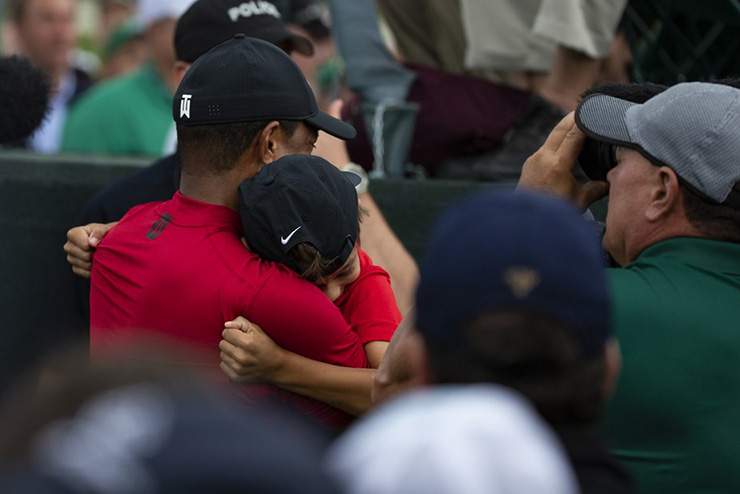 Lastly, he enjoys an embrace with 10-year-old son Charlie, who wasn’t even born the last time he had won a major. (Christian Iooss)