If it was going to happen for Sergio Garcia, it had to be the hard way 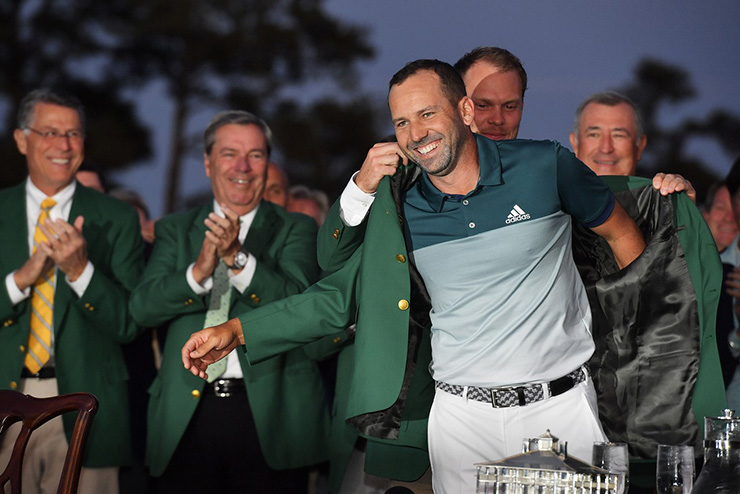 AUGUSTA, Ga. – The last thing you want to do from Augusta National’s 13th tee is jerk it left toward those skyscraping pines along that devilish little creek. There’s only trouble in that darkness. When Sergio Garcia bounced a drive off the treetops, his ball dropped into the gnarly branches at the base of an azalea bush. Sometimes called jail, sometimes called death, it’s a place that kills dreams. Not for the first time, Garcia had found a way to lose a major championship.

Then, five minutes later, he won it.

Only, in a half hour, to lose it again.

And then he won it, with sunset coming, or would have won it if he had made a little, flat, straight-in, no-mystery putt on the last hole.

So there was a playoff and Sergio Garcia would be sure to lose the playoff because it’s what Sergio Garcia has done for two decades. Tease us. Promise us greatness. Only to go into a funk of self-pity. He became Spain’s 21st-century version of Don Quixote, a knight of doleful countenance tilting at windmills. 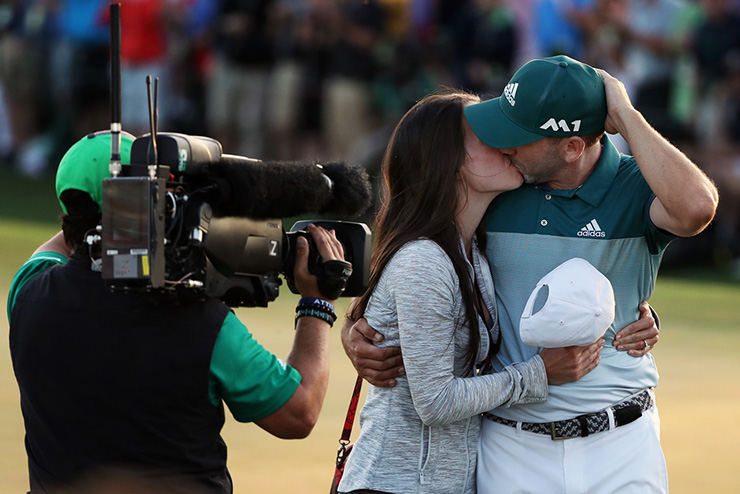 Except, finally, after contriving ways to lose yet again, this time he won.

He won the Masters. Shooting a 69 on Sunday, winning a playoff against Justin Rose with a 14-foot birdie putt.

So again Sunday, as in so many performances over the years, Garcia was the protagonist in a spectacular golf drama, the character around whom all action revolved, for whom all scenes were written, whose strutting and fretting on his game’s biggest stages had long since marked him as charmer and sulker, as villain and hero.

“Sergio!…Sergio! … Sergio!,” came the shouted acclamations from thousands of people around the 18th green in the moments after Garcia had won. To all of them, turning to all points of the compass, he touched his lips and blew kisses. In a moment he saved for himself, he crouched and put a hand on the 18th green, as if to be certain he stood on earth, as if to make sure it had happened, that finally he had done it.

We have seen Sergio Garcia’s act since he was 19 years old skipping up the fairway before losing in a PGA Championship. We have seen him miss a little putt to win The Open at Carnoustie. What was it, four years ago, or five, that he confirmed with a whimpering confession what we’d always thought — that he didn’t have the right stuff to win a major. Never mind that he had won nine times of the PGA Tour and 12 times on the European Tour. Never mind that he was the beating heart of the European Ryder Cup teams that kept whipping up on the U.S.

It never felt like a horror movie. It felt like a little bit of a drama maybe. But with a happy ending.

He was always the best player who had never won a major. He came here this week 0-for-73.

Now 1-for-74 and wearing the green jacket that goes to Masters winners, he said, “I’m thrilled to be standing here this late on Sunday afternoon, Sunday evening,” he said. He was sitting, actually, trying to explain to reporters how it happened. “It’s always a beautiful thing to have. So it’s been an amazing week, and I’m going to enjoy it for the rest of my life.”

Part of the enjoyment will come with the realization that he is, finally, a worthy successor to his idols, models, mentors, and countrymen, Seve Ballesteros and Jose Maria Olazabal, both winners here twice. “To be able to join (Jose Maria) and Seve as Masters champions from Spain, it’s unbelievable,” he said.

How Garcia did it – how he changed defeat into victory into defeat before finally winning – will be part of Masters lore for a long time.

He was already two strokes down to Justin Rose when he jerked that tee shot into the treetops. He had to take an unplayable-lie penalty. With Rose all but certain to make birdie on the par-5, Garcia would do well to make bogey. Going to the 14th tee, he would be four shots down with five holes to play.

Instead, he pitched into the fairway, dropped a wedge on the green, and ran in a 12-foot putt for par. Meanwhile, Rose needed three to get down and gained no ground on Garcia.

At the 14th, Garcia hit a 9-iron to five feet. A birdie. Now he trailed by one, and at 15 he did a thing that brought Gene Sarazen to mind. Eighty-two years, Sarazen made a double-eagle at the 15th that helped him get into a playoff that he won. Garcia, from 189 yards, threw an 8-iron in there that nearly flew into the cup. “One of the best shots I hit all week,” he called it. It bounced off the flagstick, maybe 12 feet away, and Garcia made the eagle putt. 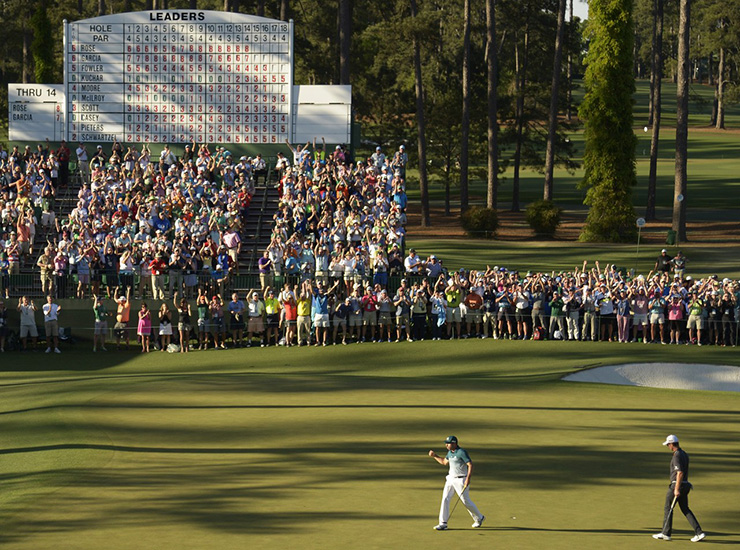 The eagle on 15 proved crucial for Garcia. – Dom Furore

Now it was all even, three holes to play.

Rose birdied the 16th and Garcia missed a 4-footer.

Except Rose took three from a bunker at the 17th while Garcia made a routine par, if any par on the back nine of a Masters Sunday is routine.

So Garcia was alive going to the 18th where both men missed makeable putts, Garcia’s miss of that dead-straight little one conjuring memories of other misses, other defeats.

But this time it was the other guy who failed. In the playoff at the 18th, Rose’s drive left him behind trees with no real shot at the green. He was in with a 5 before Garcia stepped up to try yet another putt to win a major. “We’ll call it 14 feet,” he said, “and curled in there nicely.”

There in his green jacket, Garcia heard a question perhaps never before asked of a Masters champion. A reporter knew Garcia loves horror movies. “I wonder,” the scribe said, “if you ever felt like you were starring in one, and it’s over now, and it will be easier to win more majors in the future.”

“Not at all, not in the least bit,” Garcia said. “I have a beautiful life. Major or no major, I said it many times. Obviously, this is something I wanted to do for a long time. But, you know, it never felt like a horror movie. It felt like a little bit of a drama maybe. But with a happy ending.”