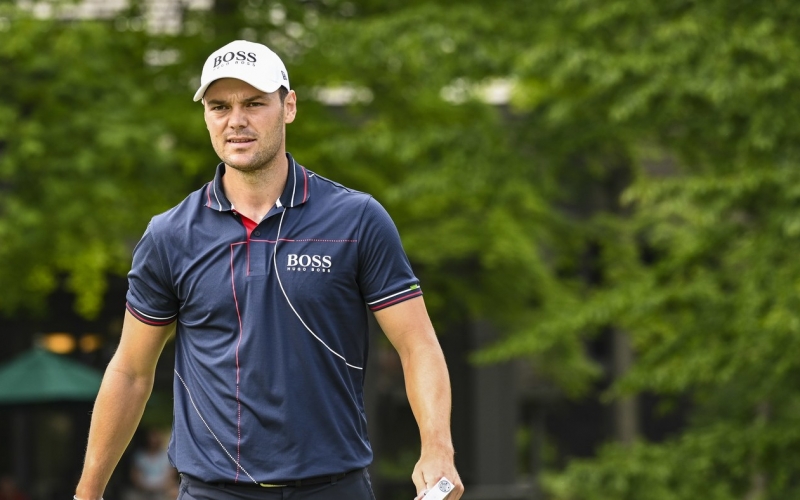 By John Feinstein
For a while Sunday, it looked as if Martin Kaymer was going to win a golf tournament for the first time in almost five years. Through eight holes, Kaymer was rolling along at two-under par and with a three-shot lead in the Memorial.

But Kaymer bogeyed the ninth hole, failed to birdie the par-5 11th and then bogeyed 12, 13, and 18. In the meantime, Patrick Cantlay was setting the course on fire, shooting an eight-under-par 64 (the lowest Sunday score by a winner in Memorial history) to beat Adam Scott, who also had a strong back nine, by two and Kaymer, who ultimately shot an even-par 72, by four.

Kaymer had to be disappointed with his back-nine 38, but he certainly had to feel good about his week—especially given that it was his first top-10 finish on the PGA Tour since a T-4 at the Honda Classic two years ago and popped him back into the top 100 in the Official World Golf Rankings—at No. 97—for the first time in more than a year. He went into the tournament ranked 186th.

Citing those numbers as signs of improvement feels ludicrous for a player who is a two-time major champion and was the second-youngest player in history to reach No. 1 in the OWGR when he reached that milestone in February of 2011, shortly after turning 26. Only Tiger Woods had reached the top at a younger age than Kaymer.

In 2014, Kaymer won the Players Championship—arguably the most important non-major event in golf—and the U.S. Open in a six-week period. He went wire-to-wire in both events and won the Open by an astonishing eight shots.

Kaymer is golf’s version of Dr. Jekyll and Mr. Hyde.

The question is why? He hasn’t been cursed with injuries, although he did have a blister on his right hand Sunday that he insisted didn’t affect his swing or his play.

My theory on this is simple: he’s one of those rare athletes who is too smart and too thoughtful for his own good. Plenty of great athletes are smart: the two greatest golfers of all time, Tiger Woods and Jack Nicklaus are plenty bright. Roger Federer, who has won more major tournaments than any man in tennis history, is also supremely smart. Peyton Manning, Bill Russell, Wayne Gretzky—all kings in their sport—were and are very cerebral. (Although if I never see another Manning insurance company commercial my life will be greatly improved).

But all of them had an ability to hyper-focus on the task at hand, to not question the meaning of victory while in pursuit of it.

Kaymer’s just not built that way. I asked him once about the night he ascended to No. 1 in the world back in 2011. It came after he had lost the final of the World Match Play to Luke Donald. He smiled almost wistfully.

Related: 17 things you need to know about Martin Kaymer

“You know it was nice,” he said. “My father had flown in to be there because we knew that once I reached the final I was going to be No. 1. We went to a good restaurant, my dad, my brother (Philip who is also his manager) and my girlfriend.

“After a while, though, I started to think, ‘I’ve worked for years to reach this moment and, in the end, what does it mean? Am I a different person? A better person?’ It was, to be honest, a little bit melancholy.” 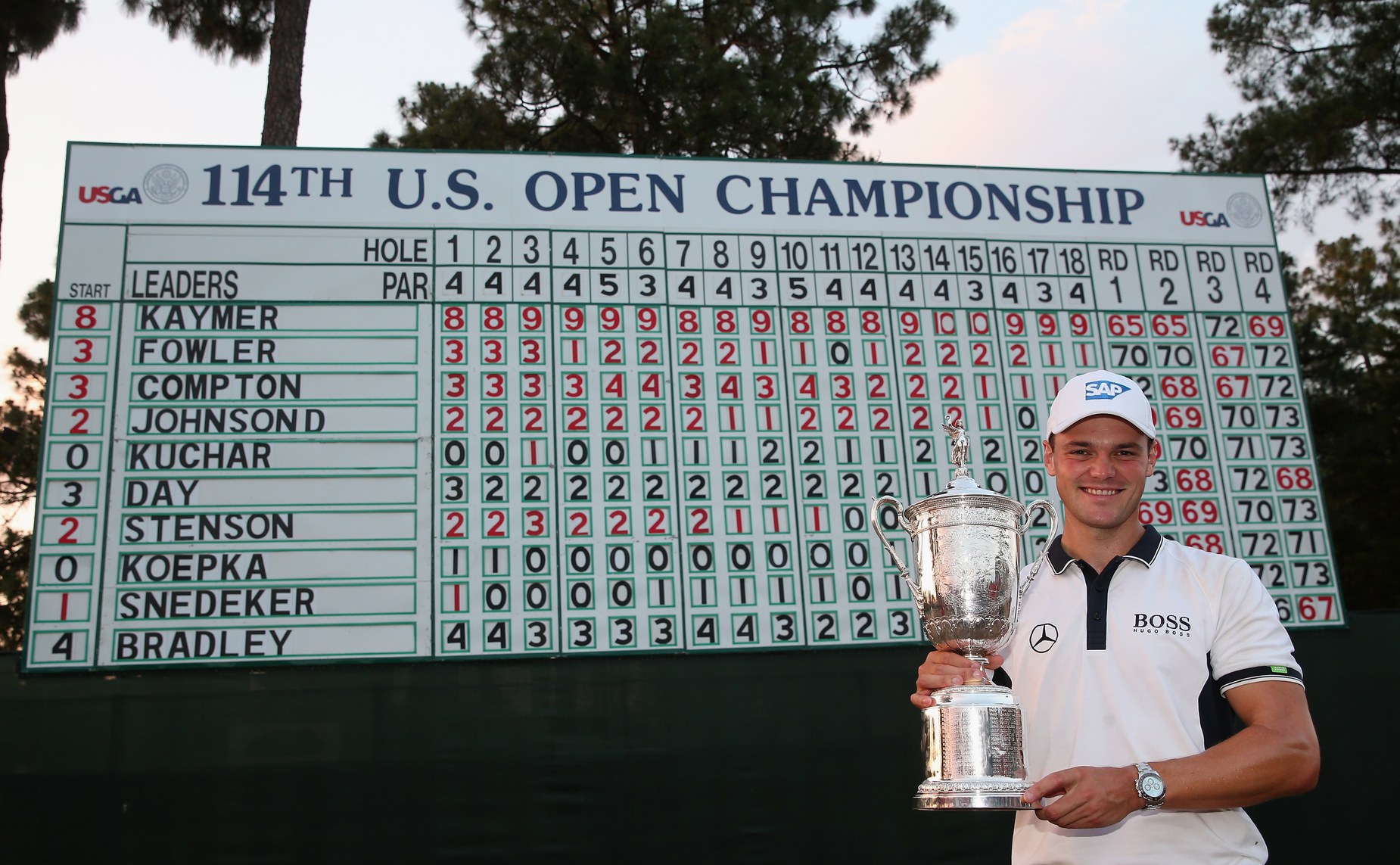 Kaymer speaks English with a tinge of a German accent but his English vocabulary puts most of us to shame.

It was Peggy Lee who once sang, “Is that all there is?” Lee’s song is about a fire, a circus and a lost love, but the phrase can certainly be applied to athletes who reach a pinnacle and then wonder why there isn’t more to the moment.

David Duval admitted to having that feeling after winning the Open Championship in 2001. He never won another golf tournament.

“It was very much an existential thing,” Duval told me several years ago. “I knew when I finally won a major I was going to feel a kind of joy I’d never felt before. And I did—for a little while. Then, after that initial spasm of joy passed, I found myself looking around and thinking, ‘I put in all that work and THIS is what it was all for?’ I couldn’t shake the feeling.”

Kaymer was able to shake the feeling—if not completely. Even though he changed his swing in 2011 in order to try to hit the ball more consistently from right-to-left so he could have a better chance to play well at the Masters, he won a WGC event later that year and, early in 2012 he had a TEN-shot lead with 13 holes to play in Abu Dhabi and completely collapsed to shoot 75 and finish third.

“I’m in shock,” he admitted afterwards. “I’m honestly not sure what happened.”

He is sure that the swing change had nothing to do with his fall from the top. “I won in 2011 after I made the change,” he said. “I should have won at Abu Dhabi. It was more mental than anything else.”

He struggled through most of 2012, but had accumulated enough points to make Jose Maria Olazabal’s Ryder Cup team. He was a major champion who had been ranked No. 1 in the world and yet he arrived at Medinah convinced he didn’t belong on the team.

Olazabal played him Friday afternoon in the four-ball matches with Justin Rose and the result was a 3-and-2 loss to Dustin Johnson and Matt Kuchar.

“I felt sorry for Justin having to play with me that day,” Kaymer said. “I know Oly put me out there because he knew I had to play Sunday and he didn’t want me sitting for two days.”

That evening, Bernhard Langer sat Kaymer down for a talk. Langer was Germany’s first great player and had been Kaymer’s hero as a boy.

“He told me I had to stop thinking I didn’t belong in the team,” Kaymer said. “I was there because I’d proven how good I could be, that I had the ability to play great golf if I would just stop questioning myself. I do that a lot.” He smiled. “I do that too much.”

Olazabal sat Kaymer on Saturday and then put him out in the 11th singles match since he had front-loaded his lineup with his team down 10-6. That meant Kaymer faced Steve Stricker. He didn’t play brilliantly, but he played solidly, Langer’s words in the back of his mind all day.

As almost everyone knows, the match came down to Kaymer’s seven-foot par putt on the 18th hole. If Kaymer made the putt, Europe would clinch retaining the Cup. In 1991, Langer had a putt of similar distance on the 18th hole at Kiawah Island that would have allowed Europe to retain the Cup. He missed. That moment flashed through Kaymer’s mind for a split second as he lined up his putt. But then, Langer’s words from two days earlier came back to him.

“I’m here right now because I’ve played well enough to get to this moment,” he remembered thinking. “My teammates have put me in this position and I’ve put myself right here. I’m meant to be here and I’m meant to make this putt. The whole thing is brilliant.”

With that, Kaymer holed the putt, a moment he says will always be his most unforgettable in golf regardless of what the rest of his career brings.

Two years later, still not 30, he won at Pinehurst and appeared headed for a lock Hall-of-Fame career.

It isn’t just that Kaymer hasn’t won since Pinehurst, he’s rarely been in contention. In 12 tournaments on the PGA Tour this year—prior to Sunday—his best finish had been a T-33 at Bay Hill. But he showed signs of life three weeks ago when he finished T-8 at the British Masters.

And then, seemingly out of nowhere, he was Dr. Jekyll for 62 holes, until playing the last 10 in three-over-par. Even so, he was delighted with the progress and with the notion that his game is coming back.

“It gives me a great deal of optimism going forward to have played this well,” he said. “I felt very good about my golf this week.”

Kaymer will now head to Pebble Beach next week and will then try to qualify for the Open Championship. His five-year exemption for winning at Pinehurst ran out last year.

There is still a great deal of work ahead for Kaymer if, at 34, he wants to get back to anywhere close to where he once was in the golf pantheon.

The third place finish at Muirfield Village allowed him to jump to 120th on the FedEx Cup points list—the first time he’s been inside the top 125 in years. But for a player with Kaymer’s remarkable past, just making the FedEx Cup playoffs is hardly the end game.

There’s no questioning his ability to play with the world’s best players. As long as he doesn’t spend too much time trying to figure out what it all means.