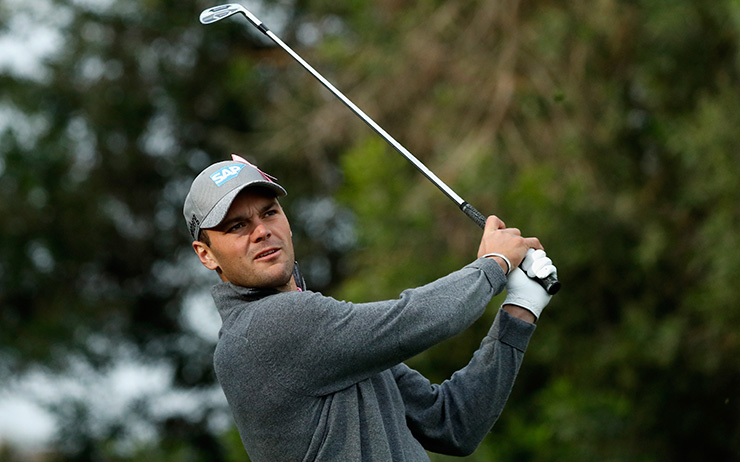 When the golf going gets tough, don’t be surprised to see Martin Kaymer’s name featuring prominently.

That proved the case again Friday with the 32-year-old German carving a sensational 69 out of wild weather to leapfrog 33 places up the Omega Dubai Desert Classic leaderboard into a share of fifth place.

Kaymer is five shots adrift of overnight leader George Coetzee but slept on the official clubhouse lead at -4 alongside Spaniard Rafa Cabrera Bello who also fired a 69.

No.1 in the world rankings for eight weeks in 2011, Kaymer now finds himself 50th having not won since the 2014. But for difficultly context, remember his last victory was at Pinehurst No.2 when he coasted the U.S. Open by eight shots from Rickie Fowler and Erik Compton. 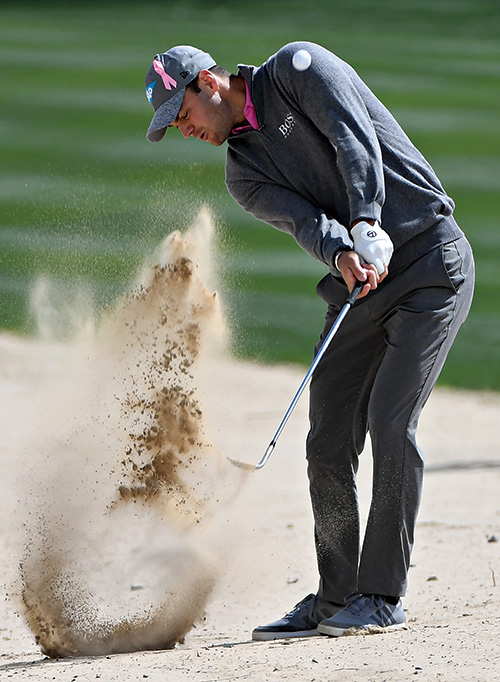 “Very pleased, because I was hitting a lot of good golf shots.,” said Kaymer who was tied fourth in Abu Dhabi and T48 in Qatar heading to Dubai.

“I’m very happy with the way I’m striking the golf ball, and especially in wind like that, that’s a big factor if you strike it solid. Still, putting was very hard. Sometimes you hit before the gust and sometimes the gust comes without predicting, so it was very hard to make putts to get the ball close.”

Only the aptly named Englishman Graeme Storm (who won the South African Open last month) and Australian Scott Hend, who carded 68s to jump up to T22 and T48 respectively, scored better Friday.
Cabrera Bello was just as thrilled.

“Really, really happy with the way I played. Hit lots of fairways, most of the greens. Despite the wind, stayed patient,’ he said.

“It’s been a very tough day again, lots of wind. Pretty much the same intensity but kind of felt like it was all over the place. It wasn’t very consistent, and also lots of gusts, so it really made it tough out there.”