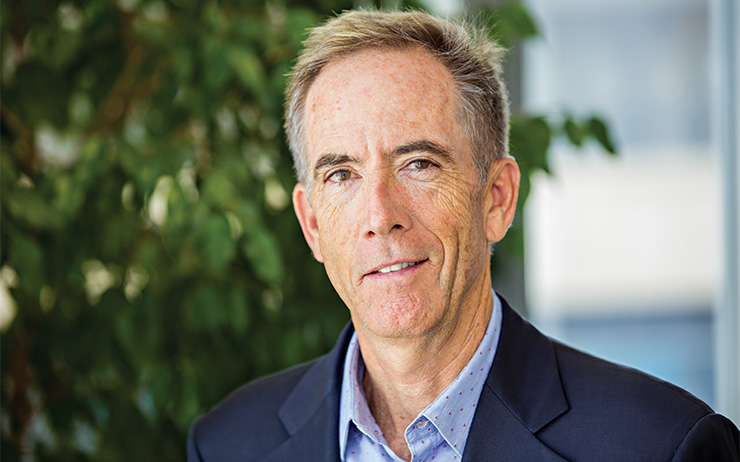 Good enough to tee it up on the PGA Tour, the Troon executive is now a major player in the business of golf

He bounced around the mini tours in the U.S. for a couple of years in the mid 1980s and very nearly got a foothold in the big time via several starts on the PGA Tour. But like so many talented youngsters, the penny dropped when the putts simply wouldn’t.

“I decided that playing golf for a living was not profitable when you can’t putt well,” Chapleski admits.

Fortunately a detour into the business of golf has paid off handsomely for the now 56-year-old, Dubai-based Michigan native.

Chapleski was recently promoted to the role of President of Troon International, meaning his responsibility for the global golf course management company’s Asia-Pacific and Middle East-Africa regions has been extended to encompass Europe. It’s reward for 25 years of industry leadership and innovation, the last 17 of them with Troon split between Japan and the Middle East.

“I’ve got to see parts of the world that I would just never, ever have imagined 20 years ago when I was a manager of a golf course in Hawaii,” said Chapleski who started as an assistant pro at Yuma Country Club in Arizona before opportunities at the exclusive Vintage Club in Palm Desert and at Ko Olina GC in Hawaii put him on Troon’s radar.

Chapleski now wants to ensure golfers everywhere know all about the network of clubs he oversees, essentially everywhere outside of Troon’s Americas portfolio.

In the Middle East, it business as usual although he admits golf is operating in a challenging environment locally.

“As Troon we’re trying to do some things to combat that [downturn], make it easier for tour operators to book multiple golf courses for example. We’re also coming out with an app that’s going to be like an Uber booking so all your data is in the system and you’re just going to be able to book directly. It’s more of a local tool, but international folks could eventually tap into that.”

Chapleski has hailed the formation of Falcon Golf to sell Dubai to the world through the “lens of golf” and sees useful collaboration prospects with Troon’s portfolio of seven UAE clubs and four more around the region, including clubs coming on stream soon in Jeddah and Kazakhstan.

“Falcon Golf is fantastic for the region because the money behind promoting Dubai as a golf destination seemed to go one way a while back. No matter how good you are, you’ve still got to be out there marketing the destination and the region because people have short memories. It’s front of sight, front of mind stuff. I think with that impetus, it is going to be a huge plus.”