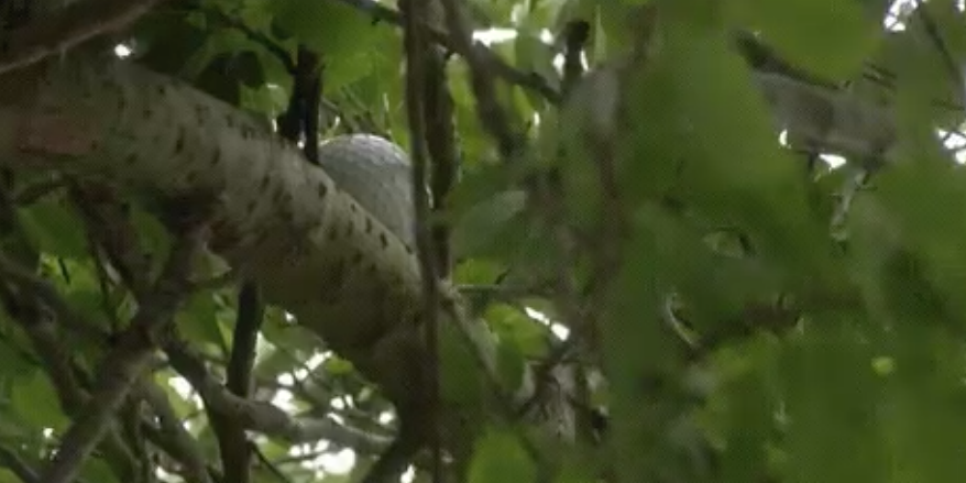 By Daniel Rapaport
Winning a U.S. Open is hard. You’ve got to navigate a brutally difficult golf course, beat a field full of the world’s best players … and avoid having your golf ball get stuck in a tree in the worst possible moment.

Mackenzie Hughes was in terrific position as he stepped on the par-3 11th tee at Torrey Pines. Playing in the final group of a major for the very first time, the Canadian had overcome a shaky start and sat at four under total, just two back of the lead in a tie for second. He then made perhaps his worst swing of the day, a pull-hook way left.

What happened next was the stuff of nightmares.

Welp. That’s a ball in a tree. #FromManyOne | #USOpen pic.twitter.com/U9lVvoVGFM

Hughes ball clipped a tree, bounced off a cart path and then flew back up into that same tree … and never came down. Fans immediately pointed to something lodged in between two branches, and NBC’s cameras quickly confirmed the worst possible scenario. Hughes’ ball did indeed stay there, forcing him to take an unplayable lie and try to get up-and-down for bogey.

He couldn’t do it, and the double-bogey saw him tumble down a crowded leader board and essentially end his chances of winning the U.S. Open. In normal cases, you really can’t complain about the result of a poor shot. But this was not a normal case, and we’ll forgive Hughes if he harbours some ill will toward those damned branches. Just a brutal, brutal scene all around.