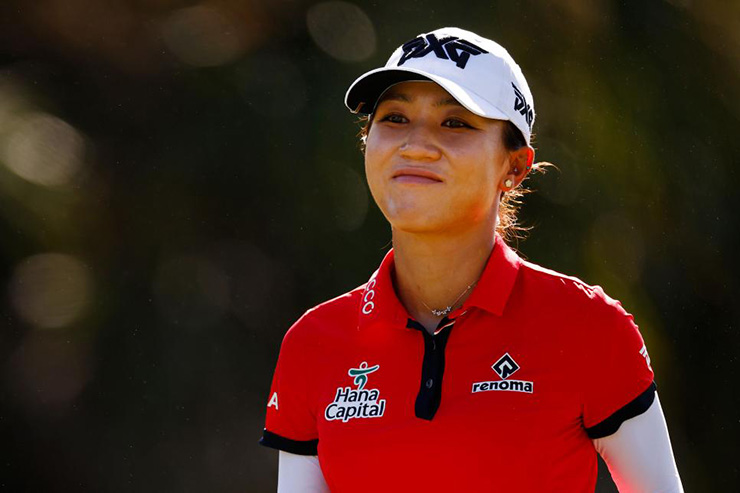 By Kent Paisley
For those successful on the LPGA Tour, the offseason comes like a brief reprieve. The CME Group Tour Championship finishes near Thanksgiving, and a mere six weeks later, the Hilton Grand Vacations Tournament of Champions kicks things off once more. The constant grind causes Lydia Ko to only take a month off each offseason.

In turn, the COVID-19 pandemic in 2020 presented a silver lining for the Kiwi star, forcing the 16-time LPGA winner to go on the most extended break of her career. She got away from competitive golf for six months, honing her technique and mental game with coach Sean Foley.

The work paid off in 2021 with 11 top-10 finishes in 20 starts and a victory at the LOTTE Championship in April that ended a three-year winless streak. The consistent play brought her another reward on Sunday when the 24-year-old was officially awarded the LPGA’s Vare Trophy for the season’s low scoring average for the first time in her storied eight-year LPGA career, thanks to her 69.3 average.

“Every season is a new chapter in a book,” Ko said, “and I think the break was a whole new chapter itself for me.”

Those short off-seasons had hindered Ko’s opportunity to rebuild herself after her World No. 1 run through 2016. Stuck in the seemingly endless schedule churn, Ko felt discouraged until her seven-stroke victory at the LOTTE Championship.

“When you do all those things and it doesn’t work,” Ko explained, “even though you try to be patient, sometimes it’s hard to be patient when things just don’t go your way. But to have kind of have that momentum shifted, I think it just helped a lot with the confidence.”

The Vare Trophy was the only major annual award that Ko didn’t already have in her trophy case, although not for a lack of trying. Twice she had narrowly missed winning it. In 2015, Ko lost to Inbee Park by .03. In 2016, she fell to In Gee Chun by .01. 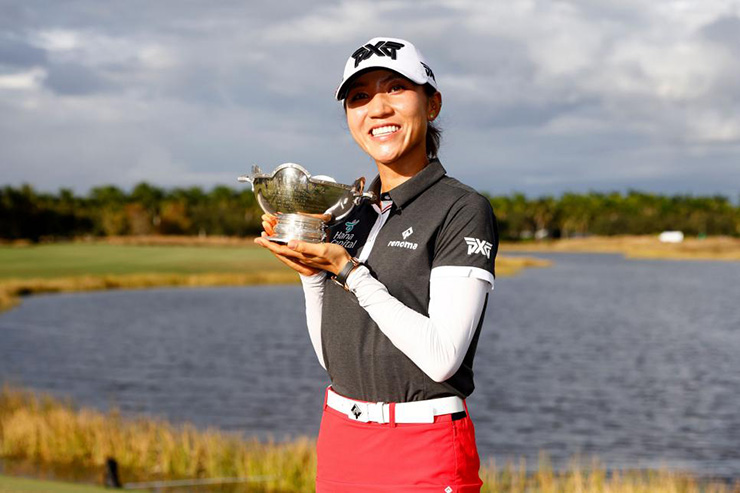 Ko holds the Vare Trophy on Sunday after finishing up the 2021 LPGA season with the official low season scoring average of 69.3. Michael Reaves

This year, she beat Lexi Thompson by .3 to win after finishing T-19 at the CME Group Tour Championship on Sunday with a 15-under 273 total. But it came with a caveat; neither Nelly Korda and Jin Young Ko, who both had lower marks, were eligible to win because they had not played the minimum 70 rounds.

Until a few months ago, Ko also appeared as if she’s miss out, only adding an extra event to her schedule (Pelican Women’s Championship) to nudge her over the 70 mark.

While new LPGA Commissioner Mollie Marcoux Samaan recognized the potential need to change the minimum rule, Ko’s winning score tied for the fifth-lowest average in Vare history alongside Annika Sorenstam in 2005. In addition, it gave Ko a 20th LPGA Hall of Fame point with 27 needed to enter the hallowed territory.

“It’s really special because obviously it sums up the whole season,” Ko said. “All the other things do, too, but at the end of the day golf is about how consistently well you can play and what kind of low score you can shoot.”