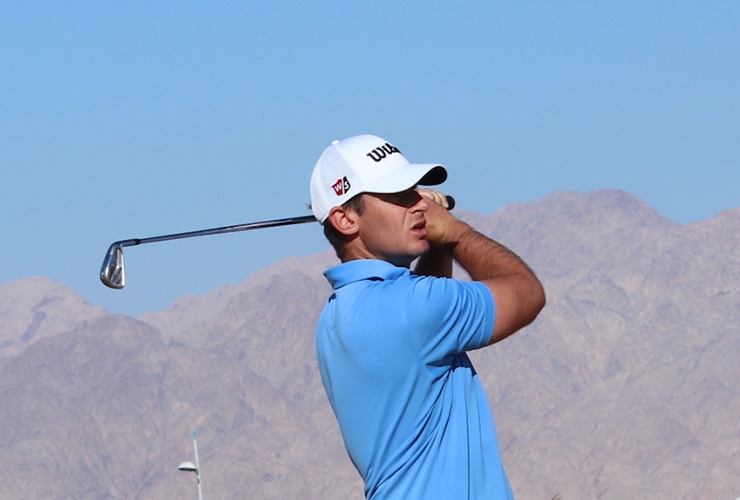 Joy Chakravarty/MENA Tour by Arena
David Langley in action during Tuesday’s second round.

By Kent Gray
Rookie English professional David Langley has pole-position among a gaggle of five players well-placed to mark their MENA Tour by Arena debuts with victory at the Journey to Jordan #1 Championship on Wednesday. England-domiciled Jordanian 16-year-old Shergo Al Kurdi, meanwhile, will enter the final round of the $75,000 season opener at Ayla Golf Club a little peeved he’s not in an even better position to become the regional development circuit’s third-youngest winner.

A battling 68 on Tuesday moved Langley to -5 for the championship. The Marlow 25-year-old will carry a one shot lead into the final round in Aqaba from four other debutants: Scot Ryan Lumsden (65), Swedes Per Langfors (69) and Calle Strandberg (68) and England’s Tom Sloman (67).

First-round co-leader Al Kurdi is also at -1 but was left rueing a second round 70 that could have been so much better. When the teen eagled Ayla’s 1st hole, his 10th after starting on the 10th, he was at six-under for the day, at eight-under for the championship and seemingly set to open up a big lead atop the leaderboard.

But the two-time Jordan Open winner and Ayla G.C.-attached teen gave back four shots over his closing six holes to fall back into the chasing pack.

“That finish hurt,” said Al Kurdi, who was diagnosed with Crohn’s disease, an inflammatory bowel disorder, six months ago. 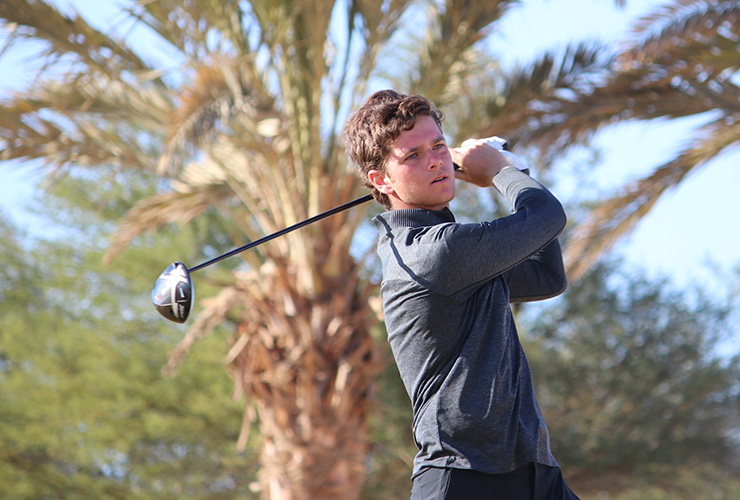 “I was six-under-par through 10, and that [included] a three-putt bogey. It was a flying start, but I lost a bit of my energy and I did not putt well enough.

“No excuses though…at least I managed to hold it together and give myself a chance tomorrow. The birdies were coming along easily early in the round and I was calm and patient. And then I started trying a bit too hard after making a double bogey on the fourth hole. I think that would be the key for tomorrow, trying not to force the issue.”

Langley, likewise, won’t be forcing the final round despite his shot at an instant breakthrough.

“I am not going to approach tomorrow any differently. As I said, I had a few close misses the last two days, so I am probably in the better side of some luck coming my way. I feel very comfortable on this golf course, so we will see,” Langley said.

Lumsden, an alumnus of Northwestern University in Chicago who qualified for the 2018 U.S. Open at Shinnecock, shot the best round of the championship Tuesday to roar into contention. The seven-under 65 was motivated by a terrible finish to the opening round when the 22-year-old Scotsman went from one- through 16 holes to three over via a triple bogey-bogey finish in the tough conditions. 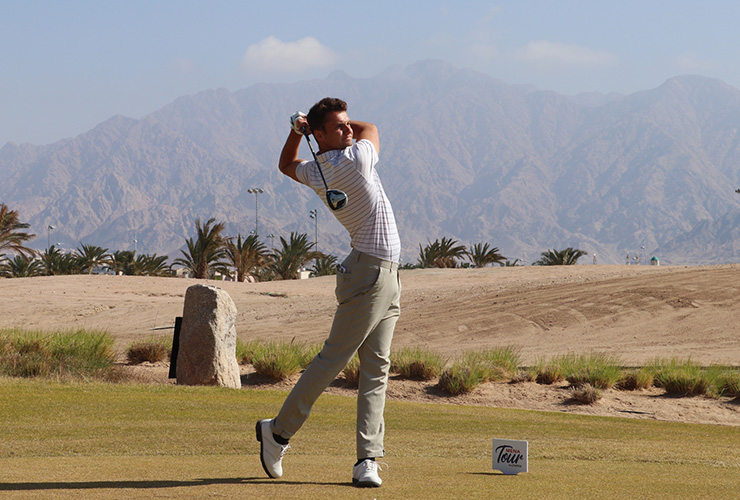 “The finish yesterday really frustrated me, but it also fired me up to come out and play well today. I was very happy with the way I played. I was pretty good with my wedges and hit a few to tap-in distances,” said Lumsden.