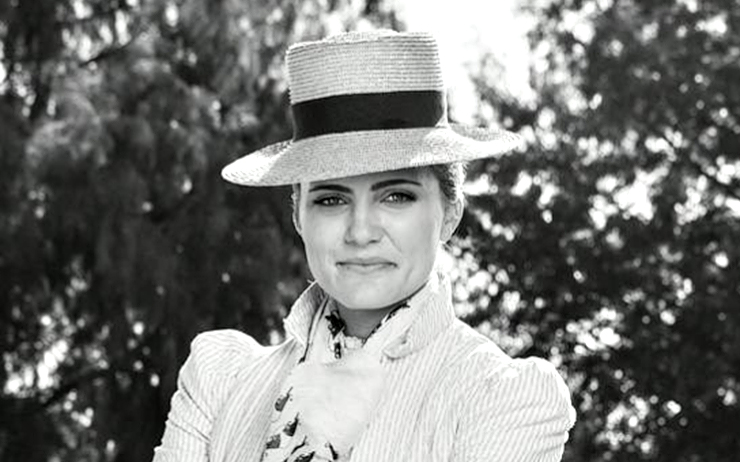 It’s been a week since the LPGA alerted players it would be enforcing a stricter dress code. And in that time, the majority of responses have been critical of the tour for cracking down (there were five “NOT allowed”s in the email to players) on how its golfers express themselves with their on-course clothes. But no one has provided a better reaction than Lexi Thompson, who perfectly poked fun at the new policy on Thursday night.

Careful, Lexi. You might be showing a bit too much wrist.

That photo is actually from a shoot Thompson did for Red Bull in January of 2016 in advance of the Olympics. The idea was to dress like people did around the turn of the 20th century, the last time (1904) golf had been included in the Games.

“I don’t know how they played golf in those outfits, especially if it was hot out,” Thompson told RedBull.com at the time. “I was wearing at least two layers on top and bottom, and a jacket on top, which was very restrictive on the back.”

Sorry, Lexi, but you better get used to it. Kidding. Sort of.