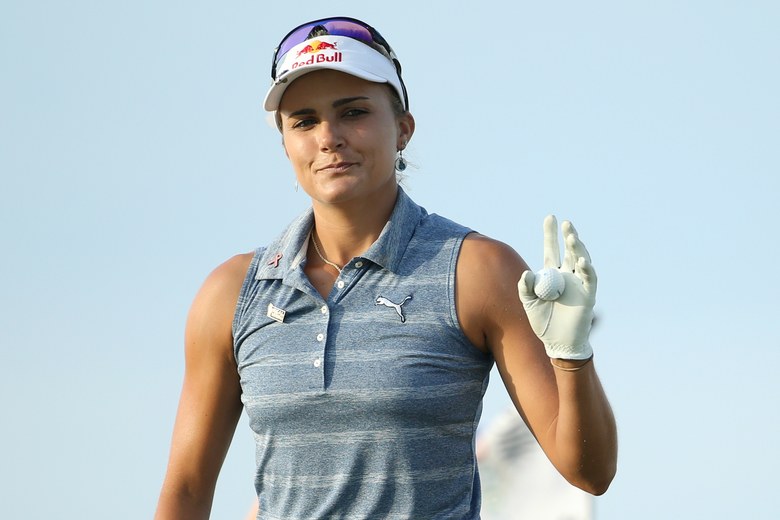 One look at the rough at Torrey Pines this week made it pretty clear we wouldn’t see a 59 on the PGA Tour for a third consecutive week. But on Friday, it looked like it might be the LPGA’s turn to produce a sub-60.

The craziest part? It almost happened on a par 73.

Lexi Thompson’s 61 on Friday at the Pure Silk Bahamas LPGA Classic would be impressive no matter the circumstances, but it’s even more incredible when you consider she was 12 under for her round. Thompson made 10 birdies and an eagle at Ocean Club Golf Course at Paradise Island.

“I felt like I was in the zone all day,” Thompson said after her round. Um, yeah.

Also incredible is the fact that Thompson, who shot an opening 69, doesn’t lead through 36 holes. She trails Brittany Lincicome (64-65), who made a hole-in-one on Friday, by one shot.

Thompson’s score is the second-best in relation to par in LPGA history. The only round better is the LPGA’s only sub-60, Annika Sorenstam’s 59 (13 under) at the 2001 Standard Register Ping.

So many great shots, so little time! 🙂 Catch the highlights from Round 2 @PureSilkLPGA here ==> https://t.co/bs3goBmK72 pic.twitter.com/W6YuRM17kU

And here’s Lexi’s interview after the round:

.@Lexi talks career-best 12-under 61 following her 2nd round @PureSilkLPGA