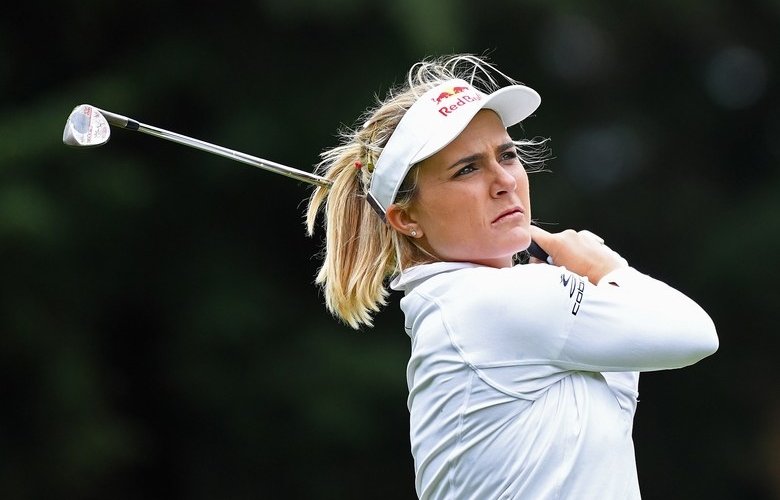 Thompson of The United States of America plays a shot on the 9th hole during the Pro-Am prior to the AIG Women’s British Open at Woburn Golf Club on July 31, 2019, in Woburn, England. (Photo by Warren Little/WME IMG/WME IMG via Getty Images)

By Keely Levins
Lexi Thompson has had a tough few days leading into the AIG Women’s British Open. When they became a tough few days for her fellow competitors, she did her best to apologise on Wednesday.

While at the airport leaving from the Evian Championship in France, Thompson realised she had left her passport in her golf bag, Golf Channel reported. Unfortunately, her bag was in a van with dozens of other LPGA players’ bags, being driven by caddie Ian Wright to Woburn Golf Club in England, site of the British Open. Thompson’s team contacted Wright, who pulled over and waited for roughly three hours for Thompson’s caddie to retrieve the passport, Wright told Randall Mell of Golf Channel.

Because of the wait, Wright missed a ferry he was scheduled to take across the English Channel from France to England. Then he ended up in traffic en route to the course, which is about 50 minutes northwest of London. All told, he arrived at Woburn at about 5 p.m. on Monday. All of those players whose clubs were in the van had missed the opportunity to play a practice round, because by 5 p.m. the course was closed for maintenance.

In a press conference on Wednesday, Thompson spoke about the situation and its aftermath.

“I was freaking out, honestly, that I was going to be stranded here,” Thompson said of realizing her passport was in her bag. “I didn’t realize I was going to cause so much delay with the bags for all the players, and I’m very sorry about that.”

Thompson went on to say that if she was on the reverse end of the situation, she’d be pretty upset, too. Though she knows other players are upset with her, there have not been any direct conversations about it.