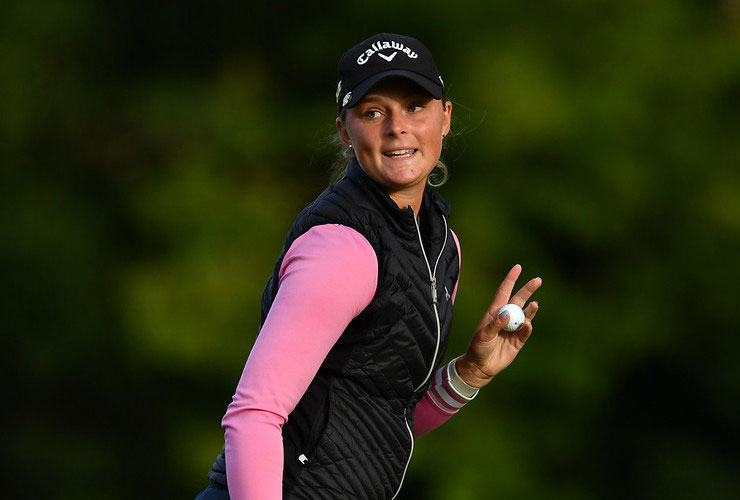 By Matt Smith
Sweden’s Moa Folke fired a stunning 62 to lead by two strokes at the halfway stage of the Women’s Irish Open at Dromoland Castle.

The 27-year-old Swede who started with a birdie on the first and then added another on the third before three in-a-row on holes six through eight to make the turn in 30.

A dropped shot on the 11th was no bother for Folke as she then rolled in four birdies consecutively on holes 13 through 16 before finishing her day with an eagle on 18.

“I don’t know what happened really. All the putts seemed to go in today,” she said. “I hit some really good shots and I’m just really happy. I don’t know if I can really understand what happened.

“Everything came together, I made some mistakes but ended up in good spots and then I made a lot of putts. I think it’s a course that sets ups for aggressive play and usually it pays off to be aggressive. I had that one bogey where I went for the green and I ended up dropping that shot, but it still worked out.

Three players sit in a tie for second place with Denmark’s Smilla Tarning Soenderby, Spain’s Carmen Alonso and Czech Klara Spilkova all on 10-under.

After opening with a round of 69 both Soenderby and Alonso produced rounds of 65 on day two at Dromoland Castle.

“It’s definitely my best round score-wise as a professional, but actually not my best round ball-striking wise,” said the Danish LET rookie, who made eight birdies today. “My putter was cooperating today which helped.”