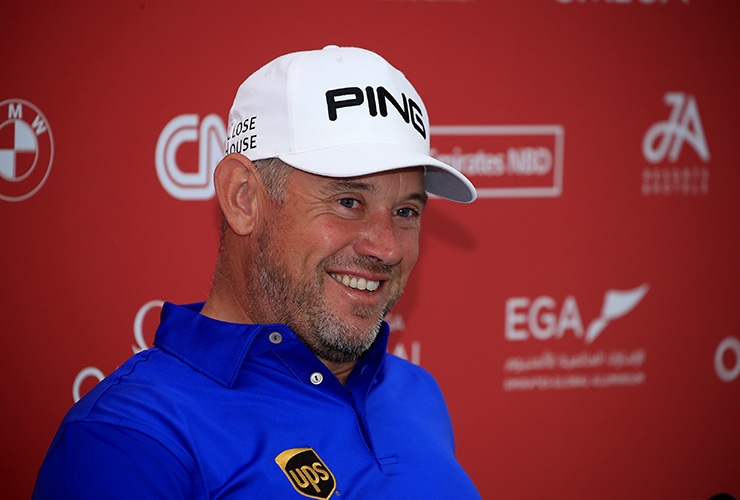 By Kent Gray
Much like his last week in Abu Dhabi, Lee Westwood’s preview presser ahead of the Omega Dubai Desert Classic just kept getting better and better.

From details of his celebratory night out – not quite as juicy as the ‘massive bender’ The Sun newspaper would have you believe – to responding to all the congratulatory messages from his celebrity pals, to his concerns about kids starting golf too young, to his own eventual legacy, the Englishman kept the gathered media corps gripped.

Westwood’s goal of completing a dry January went, well, west after his age-defying two-stroke win in the UAE capital. That led to the inevitable early line of questioning about the night after his 25th European Tour triumph.

“I think because I had not had a drink for nearly two weeks, it affected many he really quickly. So I was a really cheap date for somebody, after about four drinks, I felt I was flying. I just went to the sports bar and watched Liverpool beat Man-United with Thomas Björn, so he was pleased. Went back around 3am for a chicken shawarma some chips, watching the 49ers. It was a perfect day, really, round of golf and watching the 49ers get into the Super Bowl.”

He woke up with more than a hangover to contend with as messages poured in from what Westwood described as his “fairly broad spectrum” of friends including the likes of Gary Player, Greg Norman, Ronan Keating and Robbie Williams.

“You know, got like 150 WhatsApps to reply to, 70 text messages and 30 e-mails. I love all the congratulations, but by the end, I was sending the thumbs-up back,” he said to laughter from the gathered hacks. 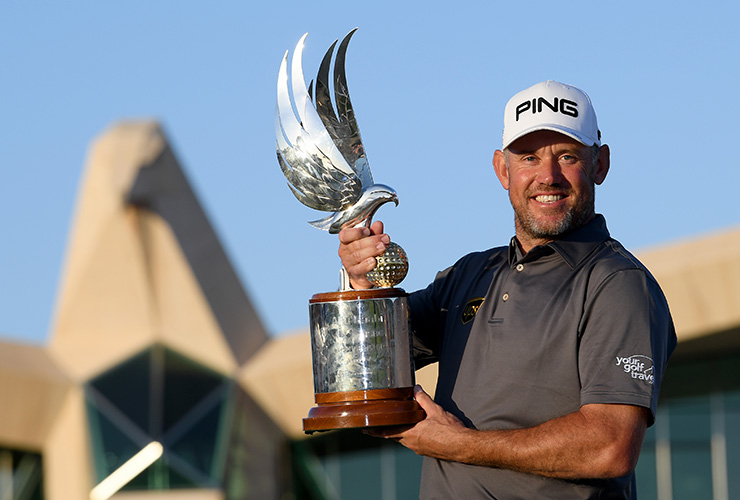 Westwood poses with the Falcon trophy after the final round of the 2020 Abu Dhabi HSBC Championship last Sunday. (Photo by Ross Kinnaird/Getty Images)

With the morning after the night before out of the way, attention turned to Westwood’s remarkable longevity at the top level. The former world No.1 became the first player in European Tour history to win in four decades in Abu Dhabi and says his durability is not by mistake, even if fiancée and sometimes caddie Helen “tells me my diet could still be better”.

“But over the years, I’ve worked out a lot and I’m very fortunate to play practice rounds with people like Greg Norman and Nick Price, Nick Faldo in the early years and Gary Player and just obviously impressed upon me working out.

“I don’t so much need to be skinny, but I’ve always concentrated on maintaining the areas of my body that take a battering, knees, back, shoulders, I’ve done a lot of exercise over the years on them to try and prevent injury, really, rather than getting an injury and then having to fix it. I’ve only really been out once and that was when I tore a calf muscle.”

Westwood believes his relatively late introduction to golf – he was 14 – is part of the secret to his longevity, with his passion for rugby, football, cricket and athletics before than giving him a “physical base to work from”.

“I was just a strong lad growing up and pretty fit. Then I started playing golf at 14. I do sometimes worry about these kids who start playing golf at the age of five now, because golf, you’re bending over, you curve your spine that way, you rotate, as well. It’s not the ideal movement for a six- or seven-year-old kid.”

Do you think five is too young?

“I think, yeah, it probably is. Mentally, you’re not ready for golf at that kind of age. It’s a pretty draining sport mentally, and certainly look at my son, if he’d taken it up at a young age, he wouldn’t have enjoyed the game as much as he’s enjoying it now. He just started at 13, 14 years of age, which I did.

“I’ve been lucky with injuries, but I’ve also done the work when it’s needed, going to the gym in my late 20s. I probably should have gotten there earlier, but just didn’t switch on quick enough. So I got in the gym around my 30s which coincided with getting to No. 1 in the world and I did a lot of hard work with Steve McGregor kind of from 2006-ish to 2012, which is going to be a good foundation. I’m back working with him again.

“We’re doing a lot of leg strength and flexibility, and a lot of work on my back to try and pull my posture into line. In golf, you’re always like this [hunched over] you need to open them up.” 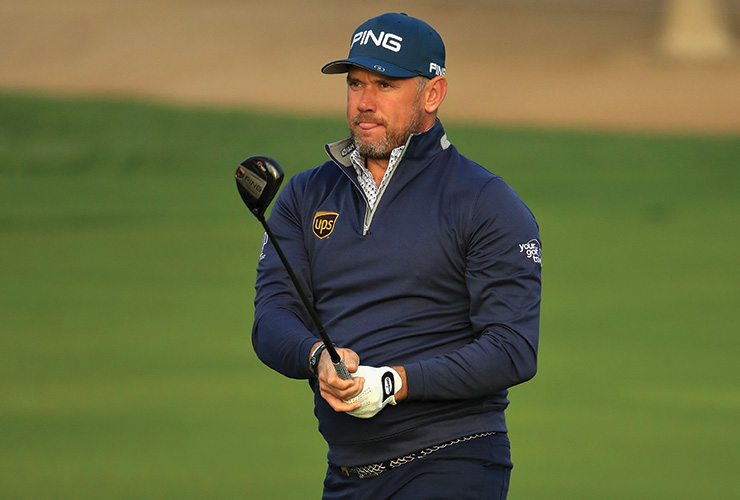 Westwood sees no reason why he can’t keep winning. The lure of September’s Ryder Cup at Whistling Straits, after he was a non-playing vice-captain to Bjorn in Paris two years ago, will help to keep him young. He’s also learnt how to park wins and get on with the job at hand.

“I think the more you win, the more you get used to getting back to being on an even keel, really. A lot of people, if they are won early in their career, they struggle to bring themselves back again, but I’ve won a lot of tournaments and I’ve won weeks back-to-back.

“Yeah, it’s obviously a big achievement because nobody’s ever done it before. I’m proud of that, and you know, come back down for this week and get focussed on trying to play well again. I might play great and not win this week. But obviously playing great is a priority.”

Back-to-back Desert Swing wins would be something else in a career increasingly full of achievements. Not that Westwood wants his golf record to be the thing his admirers judge him on.

“My legacy? When I die, I don’t want people to sit down and golf be the first thing they mention about me. I want them to focus on other things. You know, he was a nice lad or you know good fella and you could always go towards him. He was never nasty to people. He always tried to do the right thing, and then he won a few golf tournaments.”

The way Westwood has played golf with a smile the past 18 months, it seems his legacy inside and out the ropes is assured.

Great golf and that droll sense of humour. What more could you ask for from Eddie Pepperell?