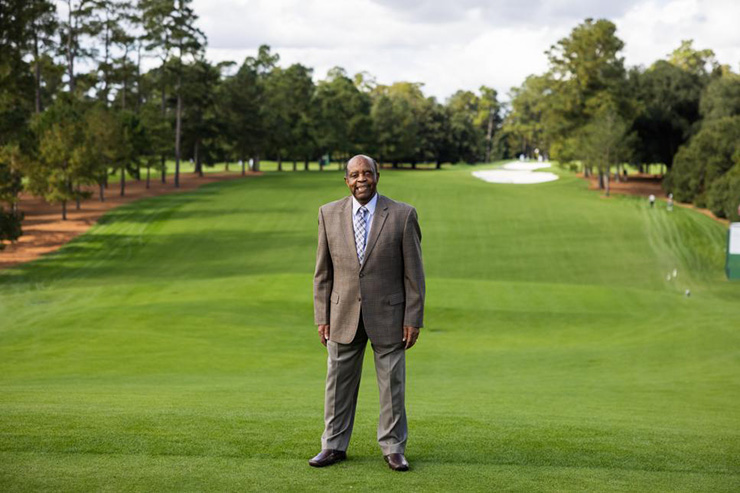 By Joel Beall
Lee Elder’s legacy at the Masters was already established with his historic appearance as the first Black golfer to compete in the tournament in 1975. But that legacy will take on a new life next April when the 86-year-old steps to the first tee once more at Augusta National, this time as one of the tournament’s Honorary Starters.

Augusta National chairman Fred Ridley announced Monday that Elder will join Jack Nicklaus and Gary Player in the annual ceremony for the 2021 Masters.

“The opportunity to earn an invitation to the Masters and stand at that first tee was my dream, and to have it come true in 1975 remains one of the greatest highlights of my career and life,” Elder said. “So to be invited back to the first tee one more time to join Jack and Gary for next year’s Masters means the world to me.”

Additionally, Ridley announced that the club will fund the creation of a women’s golf program at Paine College, a Historically Black College and University located in Augusta, as well as establish the Lee Elder Scholarships at Paine College in his honour. Two scholarships will be awarded annually, one each to a student athlete who competes on the men’s and women’s golf team.

It was 45 years ago last April that Elder broke the race barrier in the Masters, having qualified for the tournament by winning the PGA Tour’s Monsanto Open. His appearance at Augusta National brought animosity and cruelty, Elder receiving death threats for his achievement. He rented two houses during the Masters so that his would-be antagonizers would not know where he was. In the face of this inhumanity, Elder shot 74 and 78, missing the cut. He would play in the tournament five other times, his best finish a T-17 in 1979.

The Masters was not the only tournament that Elder proved a pioneer. He became the first Black player in the Ryder Cup, making the American team in 1979. “As I look back over the accomplishments I’ve had in my life,” Elder told Golf Digest in July, “the one thing that I’m proudest of is playing in the Ryder Cup and representing my country.” He also competed in the 1971 South African PGA Championship, the first integrated event in the midst of South Africa’s apartheid policies.

Elder finished his career with four PGA Tour victories and eight wins on the PGA Tour Champions. His accolades were not confined to the golf course. He developed a scholarship for low-income young men and women seeking money for college, served on the board for Goodwill and was a fundraiser for the United Negro College Fund. 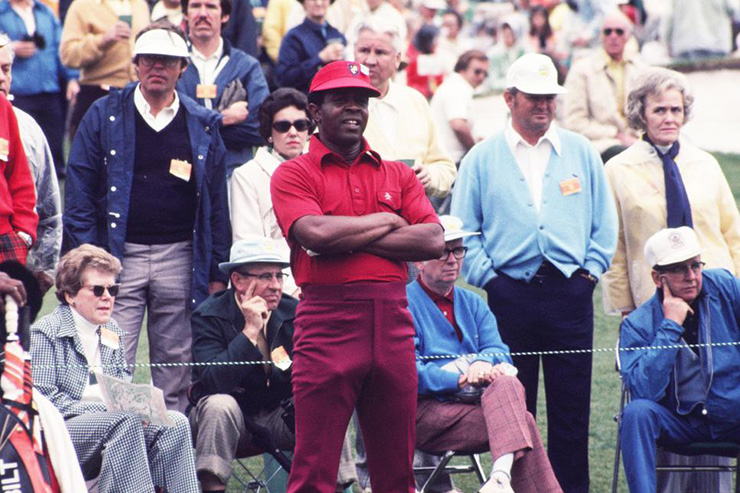 Elder’s appearance at the Masters in 1975 was the first of six starts in the tournament, his best finish coming with a T-17 in 1979. Augusta National

“Mr. Elder’s participation in the Honorary Starters Ceremony next April will recognize his courageous life and commemorate all he has done in his career to help eliminate barriers and inspire Black men and women in the game of golf and beyond,” Ridley said in a press release. “We hope that by having him serve as an Honorary Starter for the 2021 Masters that he can be joined at the first tee by family, friends and patrons for a moment that will be treasured worldwide.”

Following the announcement, Tiger Woods offered his congratulations to Elder. “We all belong,” Woods said. “Such wonderful news to hear from Augusta National in celebration of Lee Elder.”

Golf Digest editor-in-chief Jerry Tarde advocated for Elder’s inclusion as a Masters Honorary starter this summer. “He would never say it himself. He’s too indomitable and gracious,” Tarde wrote, “but we’ve taken too long to get to this moment. Lee Elder is a good man who deserves one last accolade.”