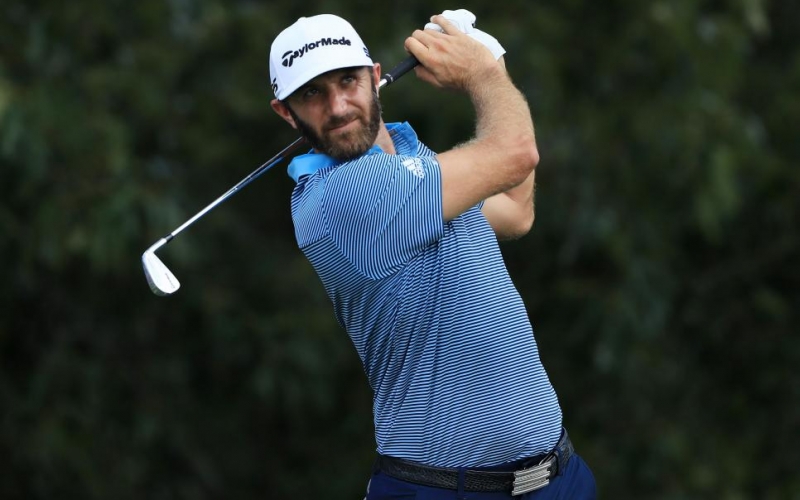 Sam Greenwood
Dustin Johnson plays his shot from the third tee during the first round of the Tour Championship.

By Daniel Rapaport
The first day of the last week of the season is finished. Sure, this may not exactly feel like a grand finale, with no fans at East Lake and a U.S. Open looming less than two weeks away. But it’s the Tour Championship all the same, and with the FedEx Cup in the balance, it’s still the richest week in golf by something like $60 million . . . so, yeah, a rather important week indeed.

This is the second year of the new hybrid format, where the points leader heading into the week started the tournament at 10 under, the guy in second at eight-under, etc. What results is a weekend-afternoon feel from the jump, with “leaders” playing from ahead as soon as they hit their first tee shots and “chasers” needing low ones to close the gap. So far, the guys who came in on top—Dustin Johnson and Jon Rahm—remain there, while a couple of superstars (and one new father) have made their lucrative intentions known.

Rahm and Johnson lead at 13 under, with Justin Thomas in third at 11 under and Rory McIlroy at nine-under. Here are some takeaways from Thursday of the Tour Championship.

Johnson and Rahm were particularly entertaining to watch, as they started right where they left off last week at the BMW—by matching each other blow-for-blow. Both players birdied the second, sixth, 12th, 13th and 15th holes. Rahm was unconscious with the putter, dropping a 19-footer on 12, a 13-footer on 13, a 23-footer on 15 and a 17-footer on 16. It wasn’t quite match play given it’s the first round, but it was a show nonetheless.

Thomas made quite the statement in his pre-tournament press conference by saying without hesitation that he feels he’s the Player of the Year. A win this week would go a long way in furthering his candidacy, and he got off to a solid start with a three-under round that has him just three back. 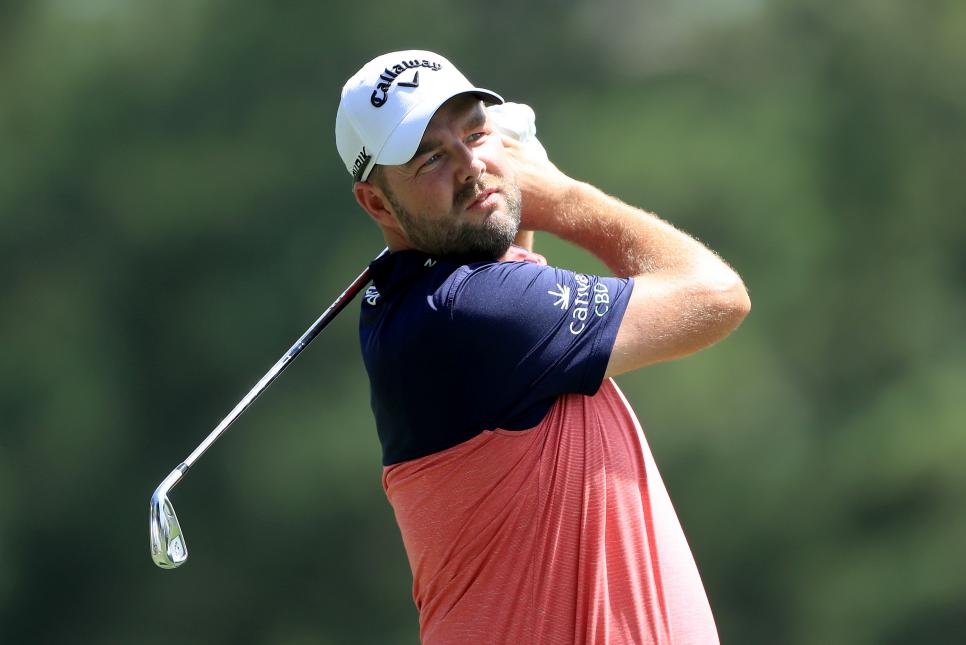 Sam Greenwood
Marc Leishman hits a shot during a practice round prior to the Tour Championship.

McIlroy, playing his first round since becoming a father on Friday, could not wipe a smile off his face—because of his daughter, of course, but also because of a back-nine 30 and a six-under 64. He’s four behind.

Marc Leishman has found something
Last week was a tough scene for Marc Leishman. It’s actually been a rough go for the affable Aussie since the re-start—in his eight starts since, he has four missed cuts, a T-40, a T-58, a T-52 in a 78-man event and a dead-last finish at last week’s BMW. Leishman was nine shots worse than anyone else last week, shooting 80-78-79-73 to finish 30 over par. 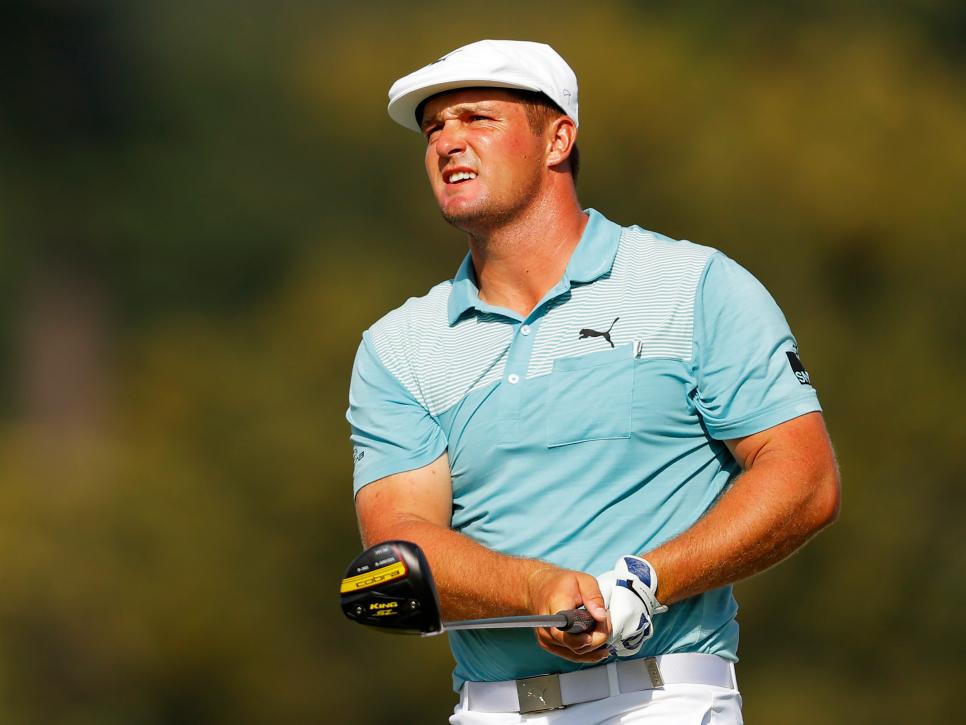 Kevin C. Cox
Bryson DeChambeau plays his shot from the 16th tee during the first round of the Tour Championship.

A man lost, right? Maybe not. Leishman made five birdies and shot four-under 66 on Thursday to move into a tie for ninth. It’s just one round, but you couldn’t help but worry about the state of a man’s game when he shoots 30 over par for four days. Looks like Leishman found something on the trip from Chicago to Atlanta.

Bryson DeChambeau’s mini-slump continues
When Bryson DeChambeau won the Rocket Mortgage Classic back in July, you could make a strong argument for him being the best player in the world. His victory was his seventh consecutive finish of T-8 or better, and the overpowering display prompted oddsmakers to make him the favorite for virtually all the big tournaments that were ahead.

He’s slowed down considerably. While DeChambeau did contend at the PGA Championship, his four other finishes since the Rocket Mortgage are a missed cut, a T-30 out of 78, a missed cut and a 50th-place finish out of 69. He shot two over on Friday to fall all the way back to two under for the “tournament,” and all the sudden his chances of winning the FedEx Cup are on life support. Looks to me like he just needs to add some more distance in the zero-week offseason and maybe he’ll fare better next go around.

A gentler test than last week
The BMW Championship at beastly Olympia Fields was a battle of attrition, with just five players in a 69-man field finishing under par. The course was firm, the greens springy and undulated, the wind persistent. Thursday at East Lake was the prototypical Perfect Day For Scoring. Warm weather, soft greens—like, really soft greens—and no wind to speak of. The worst round of the day was two-over 72, and 10 of the 30 players in the field shot three-under or better. So if you’re the type of person who prefers birdie-fests over grinds, this is your week.