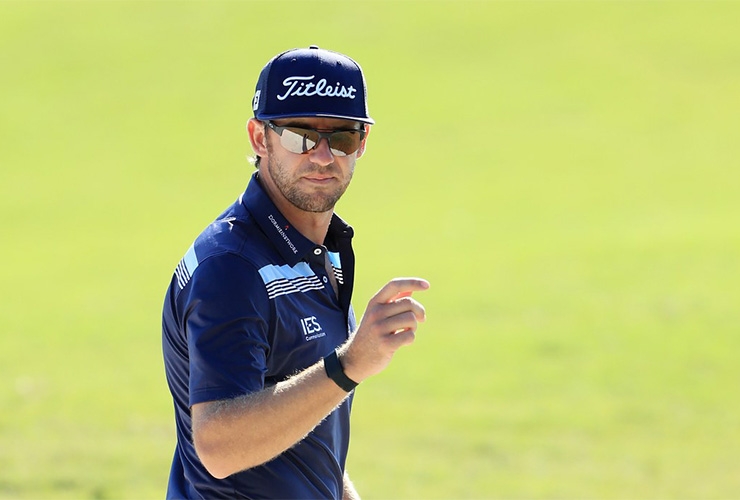 By Christopher Powers
Lanto Griffin made two bogeys in his round on Saturday at the Houston Open, each one coming on the final holes of the front and back nine. But what he did before making those bogeys was good enough to propel him into the lead. He went 34-31, finishing with a seven-under 65, which matches the low round of the tournament.

Griffin, a two-time winner on the Korn Ferry Tour, is at 11-under 205, one clear of Mark Hubbard. His only full season on the PGA Tour in 2018 was a struggle, as the 31-year-old missed the cut in 13 of his 26 starts and finished the year with $358,380 in earnings. He’s already eclipsed that four starts into the 2019-’20 season, finishing T-18 or better in each event. Barring a disastrous final round he’ll do that again this week, and he could even claim his first tour victory. Any finish inside the top 10 would be the best of his career on tour.

Beau Hossler, who lost the 2018 Houston Open in a playoff against Ian Poulter, shot a four-under 68 on Saturday. He’s at nine-under 207 for the week, tied for fourth with Cameron Tringale.