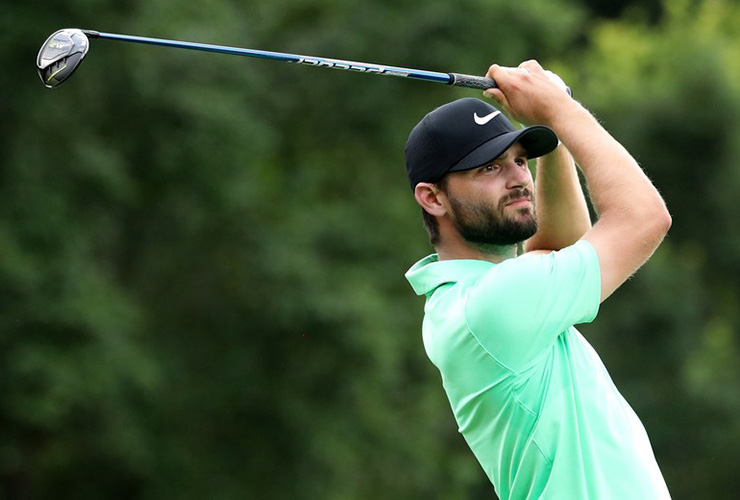 Kyle Stanley and Charles Howell III came into the final round of the Quicken Loans National four strokes off the lead. It would take a low round to even challenge leader David Lingmerth, and that’s what both produced, four-under 66s that vaulted them to the top of the leaderboard and into a sudden death playoff at seven-under 273. It would take just one hole for Stanley to earn his second PGA Tour victory, five years after his first at the 2012 Waste Management Phoenix Open.

Stanley, 29, was emotional after the round, a product of finally breaking through once again after a couple of difficult years. He burst onto the scene in 2012 when he infamously missed a short putt on the 18th at Torrey Pines that would have gotten him into a playoff. The former Clemson standout bounced back to win a week later in Phoenix, much like he has shown resilience in 2017. Stanley has five top 10s, nine top 25s and took the lead into the final round of the Players Championship, where he finished T4.

He now has a victory to add to his already strong season, and it earns him a spot in the 2018 Masters as well as one in this month’s Open Championship. It will be his first appearance in both majors since 2013.

Charles Howell III has had a drought of his own, with his last victory coming ten years ago at Riviera Country Club. He came from three strokes back on the final day to win in 2007, and nearly topped that on Sunday coming back from four down. A bogey on the first playoff hole thwarted that bid and gave him the 16th runner-up finish of his career. It matches his best finish of the season (T2 at Farmers Insurance Open), and gets him a spot in the field at the Open Championship.

Rickie Fowler equaled the best round of the day, a five-under 65 that featured a career-high nine birdies. Had it not been for a double-bogey six on the par-4 14th hole, Fowler would have found himself in the playoff alongside Stanley and Howell III. He finished in a tie for third at five-under 275. It’s his fifth finish inside the top five this season.

Tying with Fowler was Martin Laird, who had a bogey-free round through 17 holes, but dropped a shot on the par-4 18th to finish with a three-under 67. It’s the Scotsman’s best finish of the season, and earns him at spot at Royal Birkdale.