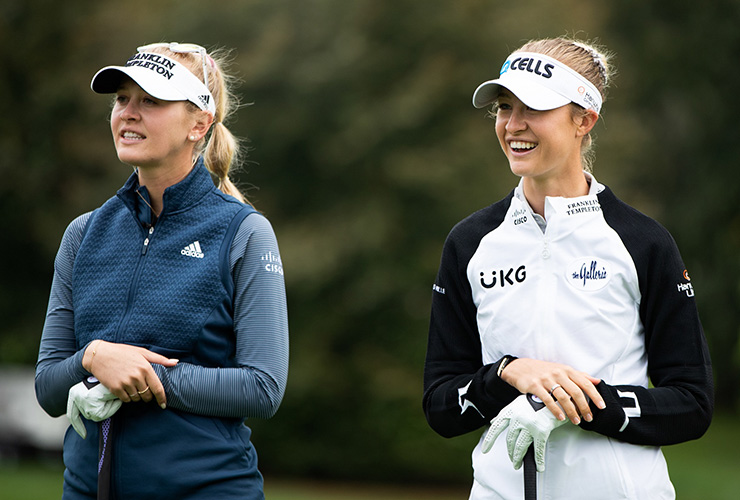 By Special Correspondent
The Korda sisters spoke of their excitement at competing in the “very different” Aramco Team Series – New York as they and a host of superstar golfers touched down on Long Island ahead of Thursday’s opening round.

Jessica and world No.1 Nelly are two of a field packed with big names as the Ladies European Tour (LET) plays host to its debut event on U.S. soil.

The Aramco Team Series – a new, four-event format introduced to the LET this year, in which teams of three professionals and one amateur compete both together and as individuals for a share of $1million prize money – gets underway at Glen Oaks Club, Long Island, on Thursday.

“I’m super excited to get this week going,” said Tokyo 2020 Olympic gold medalist Nelly, speaking at the event’s pre-tournament press conference on Wednesday. “The golf course is amazing and this is a very fun tournament. It’s very different.

“I like the fact it is a new format, and I’ve never played in something like this. A couple of friends of ours played in the tournaments in London and Spain and said they really enjoyed their time and that it was something exciting. It’s something new to look forward to and that’s an exciting feeling.”

World No.19 Jessica said: “I represented the Czech Republic in a lot of European events so I’ve known a lot of these girls since we were kids growing up and playing on that circuit. “This is a cool event, something we’ve never played before am I’m really excited to see how it’s going to go. We had a little taste of it last night in the draft, it comes with a different pressure, and I can’t wait to see how it goes.”

The Aramco Team Series’ NFL-style draft is one of many innovations the tournament prides itself on. Ahead of each event – held so far in London and Spain, and climaxing in Jeddah, Saudi Arabia, next month – 28 team captains are selected, with each of them given a pick on who they will have in their team.

After choosing their player, they are then assigned a third LET professional, before their fourball is completed with the inclusion of an amateur. Playing with a handicap, the format means that a well-performing amateur could be the one to roll in an LET tournament-winning putt, bagging his professional teammates $150,000 prize money.

Asked what advice they would give to the nerve-wracked weekend golfers that will tee-off alongside them as teammates this week, Jessica – who chose Germany’s Karolin Lampert as her draft pick – joked: “I will honestly just say to them that we’re on the same team – so don’t suck!

“It’s going to be a fun few days regardless. I know they’re going to be nervous but we’re nervous too. We’re playing for something bigger than us, especially in these team events. I know that they get some shots so we will be relying heavily on them, too!”

Nelly added: “We’re all just out here looking to have some fun, but as Jess said we’re all going to be nervous as we’re not just playing for ourselves but for a team, too.”

Also competing at Glen Oaks Club will be US favourite Lexi Thompson, who is playing her second Aramco Team Series event of the season, having teed-up in the debut event in London.

“I love that it’s a team format,” said Thompson. “I think that’s so great. It’s so much fun and you get a good group of people. Hopefully a lot of fans will come out to support the event.” 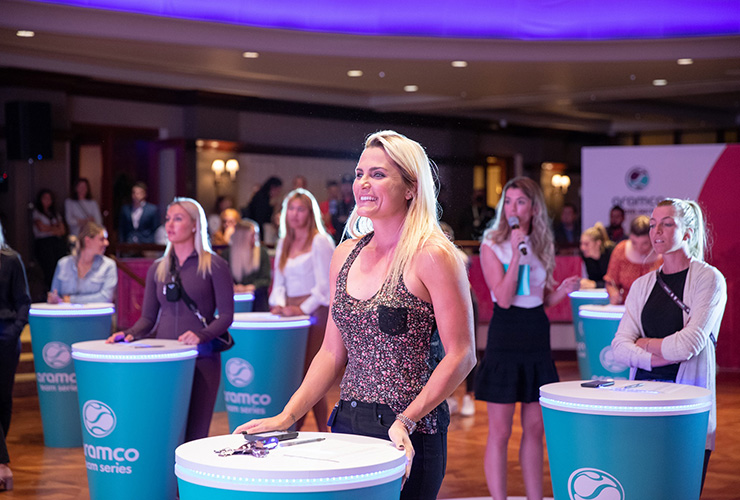 Lexi Thompson at the NFL-style draft for the Aramco Team Series-New York.

Asked if innovation like the Aramco Team Series is good for the game, Thompson said: “I think as athletes, we just want to see the game grow, and I think ideas like this that are different and aren’t just cookie-cutter 72-hole events.

“Bringing in new ideas for golf grows the game. That’s what we want to see. Fans really enjoy that as well, seeing an amateur out here playing with us. I think they can relate more to that and more things like this should happen throughout the year. Men’s and women’s together, team events, or even back-to-back weeks. These events really help out the game.”