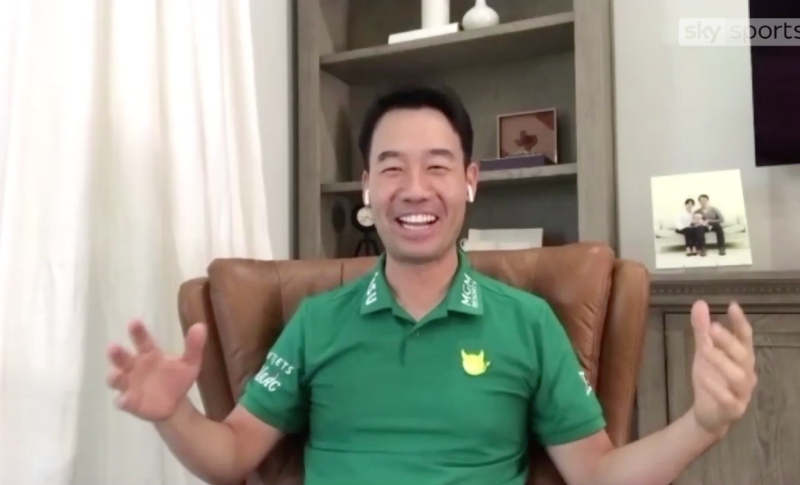 By Alex Myers
The uncertain status of this year’s Ryder Cup has been a focus for golf fans recently, but Kevin Na on Friday managed to change the conversation to the 2022 event. Specifically, to a big name who could be leading Team USA in Italy.

In an interview with Sky Sports, the four-time PGA Tour winner hinted that Tiger Woods might be the next American captain.

“My goal is to make the Ryder Cup team this year, and I know the following Ryder Cup is in Italy and the captain I believe is Tiger Woods, so that’s another thing that I’m looking forward to.”

Na could have stopped there. After all, many have speculated Woods, who already served as the winning—and playing—Presidents Cup captain last year, would take over Team USA by then. But he added this:

“I heard rumours! Am I starting a rumour? That’s what I heard,” Na said. “Am I not supposed to say anything? I don’t know, I’ve heard rumours! I won’t tell you who I heard them from, but it wasn’t from him. It was from one of his friends!”

Oh, boy. Kevin Na may be one of the best golfers in the world, but he does not appear to be one of the world’s best when it comes to keeping a (possible) secret.

In any event, Na’s immediate goal is to play for Steve Stricker at Whistling Straits this year. The 2020 Ryder Cup is still scheduled for Sept. 25-17, but there have been discussions to possibly push it back a year or to host it without spectators. Perhaps if Kevin Na hears anything, he’ll pass it along.