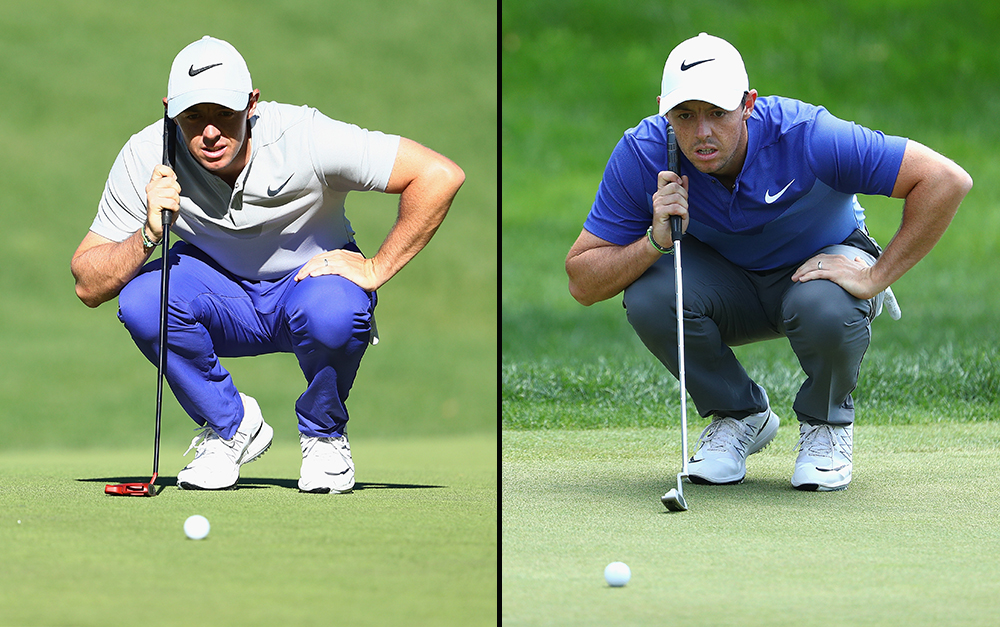 Following a “disappointing” 67 on Thursday at the Travelers Championship, Rory McIlroy declared he was giving his putter “one more week.” Turns out, that red TaylorMade Spider Tour only got one more day.

In a closing 64 on Sunday at TPC River Highlands, McIlroy used a third different putter in four rounds to propel him to his best score of the season and a top-20 finish. The putter McIlroy used in the final round was TaylorMade’s Tour Proto TP Collection Juno, which is a more traditional blade-style putter compared to the red mallet he gamed for the U.S. Open at Erin Hills and in his first two rounds at the Travelers.

“I couldn’t have done any worse than what I’ve done in the first three days,” he said following seven birdies and one bogey at TPC River Highlands.

“So I just wanted to mix it up and go back to something that looked a little more familiar. That style of head or that head shape I’ve had the most success with. So I went back to that today to see if I could conjure up any good feelings and it felt pretty good.”

There’s still some work to do, though. The 28-year-old four-time major winner hit 17 greens in regulation but finished the day with 30 putts. It was the third time this week he had at least 30 putts in a round, in addition to his Saturday round where he used a TaylorMade TP Collection Mullen model.

McIlroy was also negative in strokes gained/putting. “I gave myself a lot of looks today,” McIlroy said. “If I can strike the ball like this and putt average, this is sort of what I can do.”

McIlroy has next week off before a busy stretch of three tournaments in a row, beginning with the Irish Open, which he hosts, followed by the Scottish Open and the Open Championship at Royal Birkdale. — Alex Myers and Brian Wacker / @AlexMyers3 / @BrianWacker1