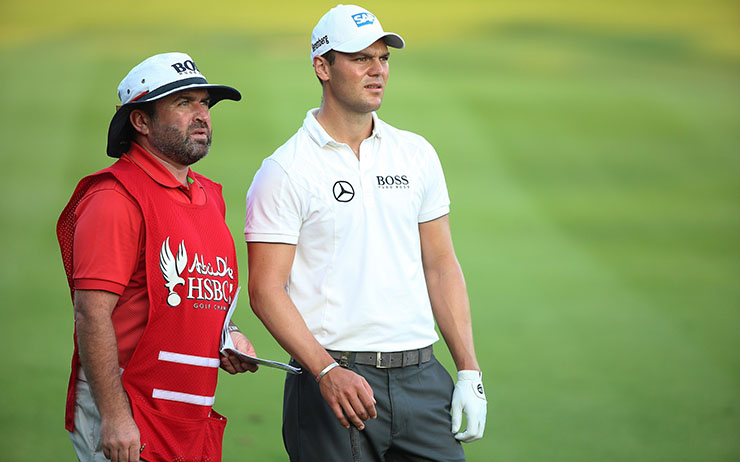 Three-time champion Martin Kaymer has opened up about his “unforgettable” memories at the Abu Dhabi HSBC Golf Championship and hailed a number of subtle tweaks made to The National course ahead of the 12th edition of the Desert Swing opener.

Extensions to the greens on the par 3 7th and par 4 9th holes are the most notable “refinements”, as Abu Dhabi Golf Club agronomy chief Clinton Southorn describes them, set to greet the 126-player field from January 19-22.

The 7th green has been extended on the right-hand side, increasing the putting surface by 25 percent to open up space for more testing pin positions. The 9th green has also been extended in similar fashion, bringing the large green side bunker into play.

Elsewhere, a small alteration of the contours on the 4th green add to the difficulty of the par 3 with any shot landing to the right of the pin in danger of feeding off the putting surface and down the tightly mowed fringe to find the water hazard. Additionally, all the bunkers will revert back to having broomed faces with the bottom areas raked to enhance the presentation and make for more consistent lies.

Kaymer, who claimed his maiden European Tour title on The National in 2008 and went on to add the famed Falcon Trophy to his resume in 2010 and 2011 (the latter with a championship record -24 total), praised the tweaks to the Peter Harradine-designed course.

“A few changes have been made over the last two or three years and I think it’s one of those golf courses where you see that those were good changes,” said Kaymer, a two-time major champion.

One hole the German is happy things have been left alone is The National’s iconic par 5 18th.

“My favourite hole has to be the 18th; I think it is one of the best par-fives that we play, especially for my type of game,” Kaymer said. Kaymer escapes the sand on the 9th hole during the first round of the Abu Dhabi HSBC Golf Championship at the Abu Dhabi Golf Cub on January 21, 2016. – Getty Images

“The tee shot fits my eye perfectly and my ball flight very well. I can aim at that left hand bunker and just let the ball fade into the fairway and then the second shot is a great one towards the long, large green.”

“The changes we have made for 2017 aren’t major, but each of them has been strategically implemented to provide a different and new challenge for the players by enhancing the degree of difficulty,’ German said.

“The Championship course is renowned for providing a tough but fair test and we look forward to watching the world’s best, including first-timers such as US Open Champion Dustin Johnson, take it on in January.”