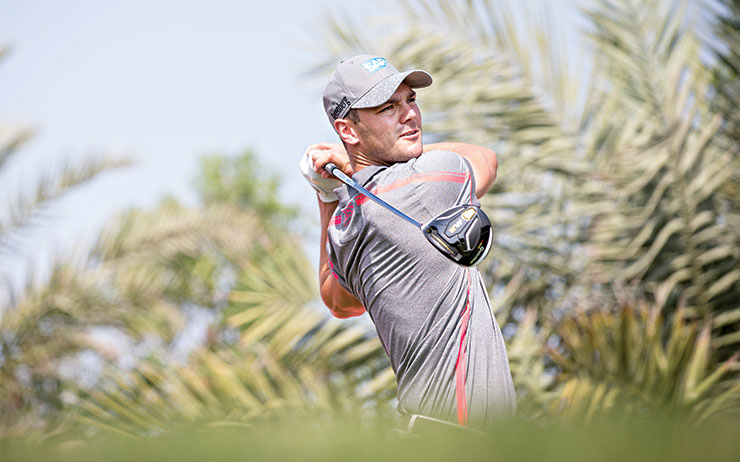 Martin Kaymer might be very familiar with the summit of the leaderboard in Abu Dhabi but recent history and a rear-view mirror crowded with big names means the German is far from comfortable there at the halfway stage of the HSBC Championship.

The 32-year-old, three-time champion fired a second successive 66 Friday to be -12 and a shot clear of Spaniard Rafa Cabrera Bello heading into the weekend.

But with 18 players within five shots of his halfway lead and the winless streak dating back to the 2014 U.S. Open at Pinehurst No.2, Kaymer won’t be getting ahead of himself.

There’s also that one asterisk on his stellar Abu Dhabi record that ensures the closer he gets to a fourth Falcon Trophy, the more he’ll undoubtedly be reminded of the one that got away, that infamous 10-stroke lead he inexplicably blew with just 13 holes of the 2015 championship remaining.

“I have all kind of experience on this golf course. Very good ones and a couple poor ones. So I learned from the U.S. Open, and it worked out for me very well, that I don’t compare what happened the last day or on Thursday, and that’s the same way I will try to approach tomorrow,” the world No. 53 said of his Saturday strategy for The National.

Kaymer, second overnight, got off to a slow start but a bogey on the 6th was quickly forgotten with a eagle three on the 8th. He then played the back nine in 31 strokes, the highlight of his six birdies being a chip-in on 14 which melted the memory of his solo homeward bogey on 12.

“I don’t try to push at all. I just try to enjoy playing my favourite golf course. Once in a while, when a putt drops in, you catch momentum and you can make another three or four birdies coming in, like it happened today; I think I made only two pars on the back nine. So pushing, I have that experience with pushing.” 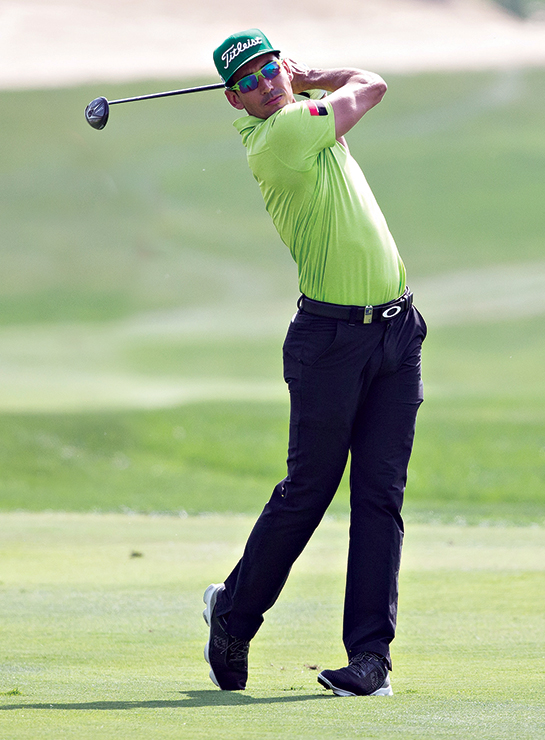 Cabrera Bello, who has to rewind even further than Kaymer for his last win, the 2012 Dubai Desert Classic, took advantage of a breathless morning and a hot putter Friday to back his opening 67 with a 66.

And just like Kaymer, he’s not pressuring himself in a effort to end an almost inconceivable five year titleless spell despite a plethora of near misses since, including back-to-back bridesmaid finishes at the Qatar Masters and Desert Classic last year.

“I’m in no hurry. I know it will come, and I just obviously wish it would come sooner than later,” the 32-year-old said before reflecting on a memorable 2016 which included a unbeaten 2½ Ryder Cup points on debut.

“I wouldn’t give myself an A-plus but it was the first season of my career I achieved every single thing except winning. I can’t really put too much blame on myself for that because sometimes you just need to wait for it to happen. I did give myself lots of chances and I’m sure if I continue on that line, it will happen.”

Englishman Tommy Fleetwood, Thai Kiradech Aphibarnrat and Paul Dunne, the Irishman keen to be remembered for something other than being the amateur who co-led the 2015 Open Championship at St Andrews, are two shots shy of Kaymer at -10.

Swede Henrik Stenson found it tough backing up his pace-setting 64 Thursday but a one-under 71 has him right in the mix at -9 alongside 2014 Abu Dhabi champion Pablo Larrazábal, reigning European Tour rookie-of-the-year Jeunghun Wang and Englishman Tyrell Hatton.

Curtis Luck, the 20-year-old Perth amateur who won last year’s U.S. and Asia Pacific Amateur Championships, more than justified his sponsors invite with a best of the day 65 to rocket into a nine-way share of 9th.

At three over, Indian-based Dubai amateur Rayhan Thomas (72-75) missed the cut which fell at -2, but was in exalted company with Englishmen Matthew Fitzpatrick (even par) and U.S. Masters champion Danny Willett (+6) among the big names with an unwanted weekend off.