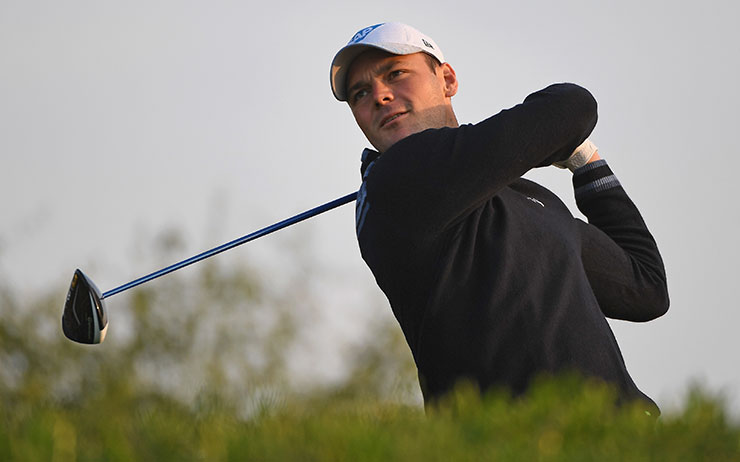 There was a rocky patch two years ago but Martin Kaymer has never fallen out of love with The National course.

The 32-year-old German is right in the mix at the 12th Abu Dhabi HSBC Championship, cashing in on a Christmas spent practising with an opening 66 Thursday to lie two shots adrift of overnight leader Henrik Stenson.

It sets up the three-time champion for another big week Abu Dhabi where he launched his career with victory in 2008 before going back-to-back in 2010 and 2011.

Kaymer had eight top 10s on the European Tour last season but is searching for his first victory since clinching the second of his major championships at Pinehurst in the 2014 U.S. Open. The eerily quiet spell since was lowlighted by the 10-stroke lead he surrendered in the final round here in 2015 to hand the Falcon Trophy to Frenchman Gary Stal.

But those memories continue to fade, helped by a fast start and an even better finish Thursday when he rattled off three successive birdies from the 7th to the 9th, including a remarkable up and down from a sandy waste area on his penultimate hole, the 8th.

“I just like a lot of the tee-shots. They really suit my eye and, again, if you are making putts, that’s always for us professionals very, very important to see the ball going into the hole.”

Kaymer admits he eased off his usual off-season practice ritual after waltzing the 2014 U.S. Open by eight shots but couldn’t face the guilt of letting himself down this year.

“I had a bad conscience in the wintertime because since 2005, every winter, I spent in America over Christmas and New Year’s Eve [practicing],” he said.

“And then the last two years, I went skiing. Especially after my 2014 season when I won my second Major, you kind of take it a little bit easier. And then you see it the next year on the golf course, where I had a lot of top ten finishes, but that little bit of extra that you need in order to win was missing.

“Therefore, I went back to America and practiced.”