I.K. Kim leads by six, but must reckon with nightmare miss that cost her a major 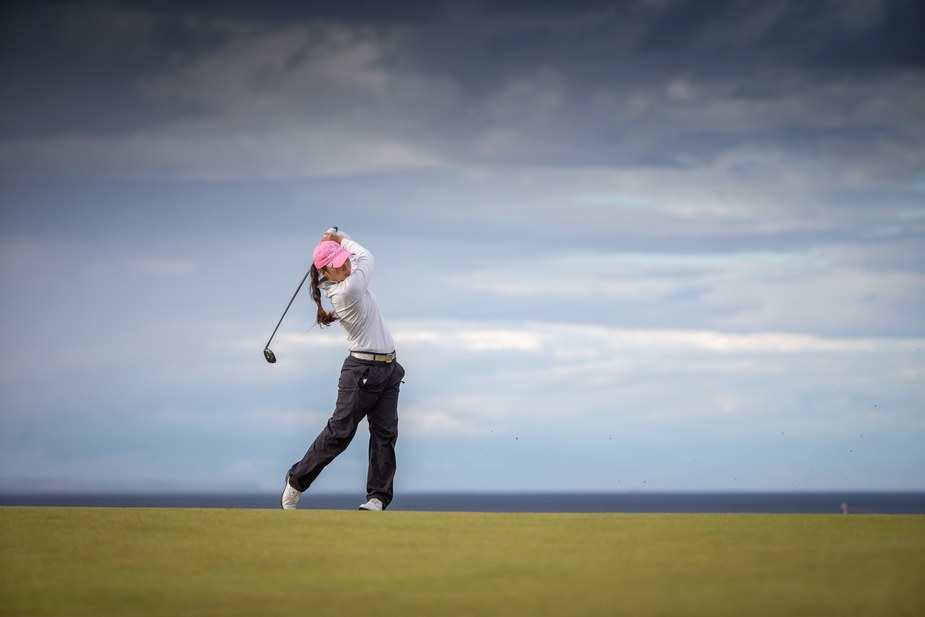 By John Huggan
So much for that theory. With the wind rising, the rain falling and the temperature dropping just as overnight leader I.K. Kim stepped onto the first tee for the third round of the Ricoh Women’s British Open, it looked as if the early rounds shot by past-champions Inbee Park and Stacy Lewis would catapult the pair back into contention.

Park’s 64 had taken her to 10-under par, with Lewis one back after her 65. Kim’s lead – and her 11-under par total – looked vulnerable, especially if conditions continued to worsen.

As it turned out, they didn’t. In fact, the weather mostly improved. But that break from above takes nothing away from Kim’s performance. The 29-year old South Korean shot a bogey-free 66, converting a string of birdie putts. With one round to play, Kim is on 199, 17-under par, and holds a six-shot edge over Hall and Moriya Jutanugarn, older sister of 2016 champion, Ariya.

Such a lead makes Kim a strong favorite to win her first major title. But memories being what they are, mental images of her infamous miss from 14 inches to win the 2012 ANA Inspiration will be part of what she must overcome during the final 18 holes over the Kingsbarns links. And, to her credit, Kim was not denying the image of that putt remains in her head, albeit she is lot more philosophical about what could have been a career-wrecking moment.

“I have finally been able to let go of that putt,” she said. “I was disappointed with my golf after 2012. I criticized myself too much, which is not healthy. So it was tough. I never stopped liking the game, but what happened did take away some of the joy. I certainly don’t get surprised by anything any more.”

That golf can always throw up even the most unlikely scenario will surely be part of the pursuing pack’s motivation over the closing 18 holes. Certainly, the experienced Park and Lewis will know that, should either go low again, the pressure on the leader will be multiplied. But before that, both will need to replicate the form they showed on day three.

“I putted great and hit the ball great,” said Park, who won this title at Turnberry two years ago. “That’s something I have been really struggling with for the last month. I have no idea where I will be by the end of the day. The weather here is so unpredictable. I’m just happy with the round for myself today. It doesn’t matter how many shots I’m back. I’ll just try to play my golf tomorrow. That’s all I can do.”

Lewis also credited her dramatically lower score to much-improved putting. And her mother.

“I really putted pretty poorly the first two days,” she admitted. “My mom told me I needed to take my putter straighter back. Mom apparently was right. I hate to give her credit but she was right. She doesn’t really understand how a putter should swing, but when we were talking technical stuff last night she said, ‘it should just go straight back and straight through, right?’ And that’s what I worked on today.

“Playing with Inbee helped too. You’re going to see putts go in. She makes it look pretty easy. She doesn’t take a lot of time. She reads putts quick and steps up and hits them. It’s refreshing to not sit there and grind so much and worry about things. She just gets up and hits it. That’s what I took away from today. You see putts rolling nicely. You see balls going in the hole. And that’s always a good thing.”