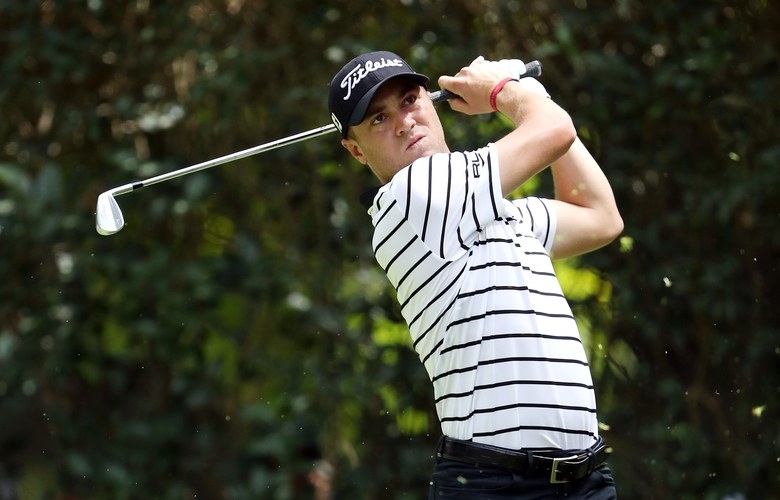 Thomas plays his shot from the third tee during the second round of World Golf Championships-Mexico Championship at Club de Golf Chapultepec on February 22, 2019 in Mexico City, Mexico. (Photo by David Cannon/Getty Images)

By Joel Beall
Justin Thomas won the 2017 PGA Championship, but he won’t be taking home the Wanamaker Trophy from Bethpage Black.

On Tuesday UAE time, Thomas announced that he has withdrawn from this year’s championship, citing a lingering wrist injury.

“Unfortunately I will be withdrawing from the 101st PGA Championship at Bethpage Black this week as my wrist is not yet fully healed,” Thomas said in a statement. “Obviously, as a past champion, this tournament is extra special to me. It consistently has the strongest field in golf and I’m disappointed to not be among those competing this year but I’m optimistic about a return in the near future.”

Thomas dropped out of the Wells Fargo Championship two weeks ago to deal with his ailing wrist. His last event was at the 2019 Masters, where he finished T-12.

The 26-year-old, who dealt with a similar issue at the end of last season, hurt his wrist at the Honda Classic after hitting a tree with his club in March.

Kelly Kraft will take Thomas’ place. Thomas’ WD takes away the PGA Championship’s distinction of becoming the first tournament to boast every player in the OWGR top 100 in its field.