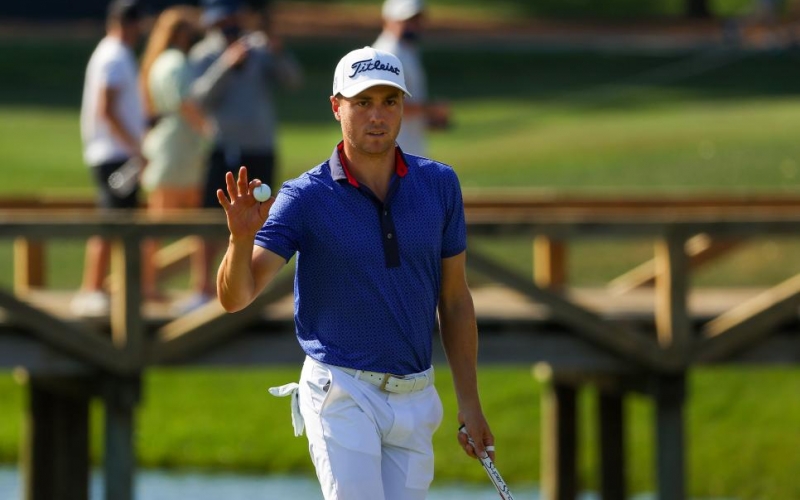 By golfdigest.com
Justin Thomas has turned a hot run at the turn into one of the biggest titles of his career, as his four-under 68 was good enough to win the 2021 Players Championship.

Thomas was one-over through eight holes but made three birdies and an eagle over the next four to take the lead at TPC Sawgrass, and erased a bogey at the 14th with another birdie at the par-5 16th. He looked to be in a bit of trouble at the par-3 17th after his tee shot was on the left portion of the green with the pin in the front right, but he converted a six-footer for par to stay afloat. His tee shot at the final hole dangerously skirted the water on the left, yet the drive stayed drive. His approach was just shy of the green but managed to get up-and-down for par. Thomas had started the weekend seven back of the lead.

Lee Westwood, who held a two-shot lead after 54 holes, birdied the first, but it became increasingly clear the magic Westwood displayed through three days had run dry, bogeying three of the next seven. To his credit the Englishman held on for dear life, staying in the mix with birdies at the ninth and 14th holes. But he made a par at the easy par-5 16th after his third shot found a bunker. When he absolutely needed to press at the 17th island green, Westwood’s approach was too conservative, some 50 feet left of the pin. The lag putt rolled eight feet by, and after making a handful of testy par saves throughout the day, this one was not to be, lipping out for bogey. His approach to tie for a playoff at the 18th was solid, but didn’t scare the hole. He would birdie the last to grab solo second place, finishing with an even-par 72.

Playing with Westwood was Bryson DeChambeau, hoping to win in back-to-back weeks. The reigning U.S. Open champ had a bizarre sequence earlier in the round at the par-4 fourth, topping his drive into a hazard and proceeded to shank his third into the woods. But DeChambeau bounced back with three birdies and eagled the 16th to get in shouting distance. But he parred the 17th when he needed a birdie, and like Westwood’s approach at the 18th, his second shot at the final hole was nowhere near the flag. DeChambeau’s one-under 71 put him in a tie for third with Brian Harman.

For his work Thomas will take home a whopping $2.7 million. It is his 14th PGA tour title and first Players crown.

MORE: Justin Thomas’ tips on how to smash it

What a win would mean for Lee Westwood, Bryson DeChambeau and the rest of the contenders at TPC Sawgrass