Justin Thomas shares video showing just how bad the weather was on Sunday at the Open (SPOILER ALERT: It was bad) 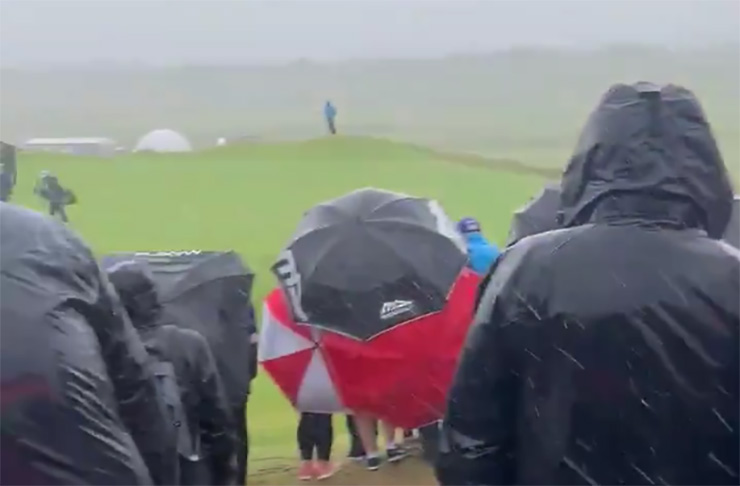 By Alex Myers
The R&A decided to move tee times up for Sunday’s final round of the 148th Open Championship because of a bad forecast, but that didn’t save golfers from playing in extremely difficult conditions at times. And Justin Thomas wants fans to know it was even worse than it looked on TV.

RELATED: The story of the Open’s final round in 9 (or so) sentences

On Monday, Thomas shared a short video taken by his dad while he neared the end of his round. And while you still won’t actually get wet watching it, you’ll get a better feel for what JT and others played through at Royal Portrush.

Just a video for those who didn’t know how bad it really got out there… my dad took this when we were on 16 green/17 tee. Worst weather I’ve ever played in! ☔️ ? pic.twitter.com/URFPx3HF1V

To Thomas’ credit, he handled the elements better than most, shooting a one-over-par 72 and winding up T-11 for the week, the best Open finish of his young career. NBC’s cameras caught him having to back off a chip shot on No. 16, but he regrouped, hit one close and made par.

The weather got Thomas good moments later when he made a triple bogey on No. 17. After watching this, though, are you going to knock him for that? Didn’t think so.