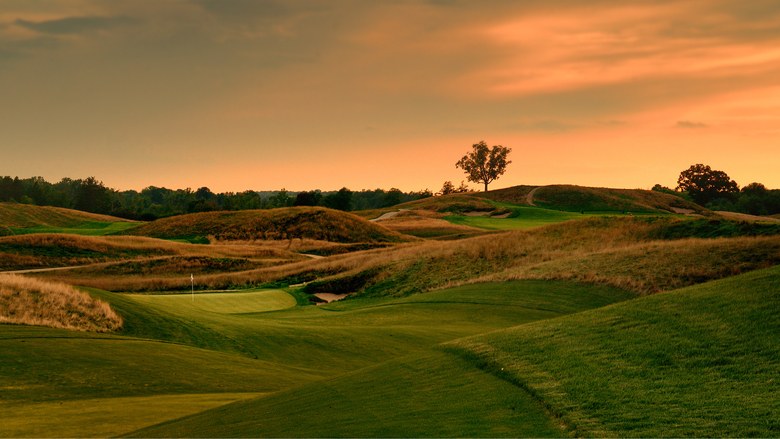 The fescue at Erin Hills has garnered the early U.S. Open spotlight, yet the venue’s expansive terrain is equally noteworthy. The course weighs in at 652 acres, the size of a national park compared to recent Open hosts Merion (126) and Oakmont (218). Hell, Baltusrol utilizes 474 acres, and the club has 36 holes.

But it’s not just the amount of land. It’s the course’s topography that has players, media and fans shaking their heads (and massaging their hammys).

Words like contours, dunes, mounds and bluffs don’t aptly describe the grounds. If there weren’t 18 flagsticks planted in the ground, one would think they’d need a Sherpa rather than a caddie to traverse Erin Hills. Outside the putting surfaces, there’s not a flat lie to be found, and some distances between holes necessitate a trolly ride. Walking this bad boy on a regular basis will give you calves that would put Kevin Kisner’s caddie to shame.

Justin Thomas illustrated the severity of the walk golfers face this week, posting his Fitbit steps from Wednesday’s practice round:

And that’s from strolling down the fairways. On Monday morning, a colleague and I navigated the front nine; exploring some of the fescue and trouble areas, we hit the magic 10,000 steps figure by the eighth hole.