Justin Thomas hits the shot of the tournament, coins signature catchphrase in the process 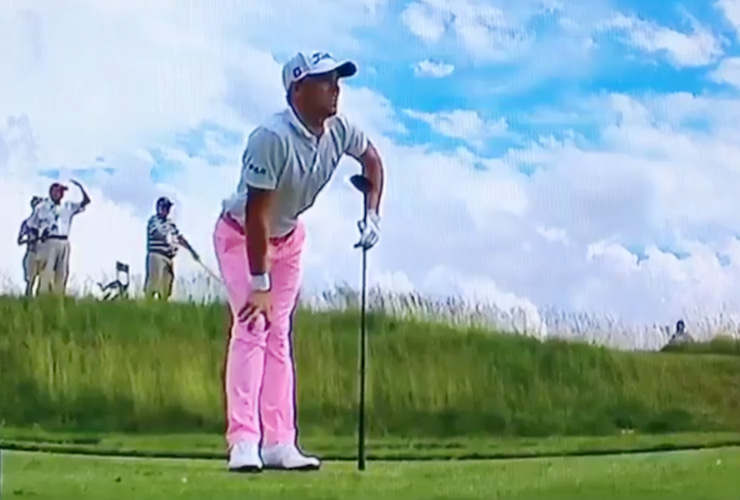 Back at the 2000 Players Championship, Hal Sutton found himself in a heated battle with then-World No. 1 Tiger Woods. We’ve all seen the shot into the 18th green at Sawgrass, and heard Sutton’s signature catchphrase a million times over. “Be the right club TODAY!”

On Saturday at Erin Hills, Justin Thomas may have provided a memorable update to Sutton’s call with his drive on the par-4 15th hole. With the tees up and the hole playing just 288 yards, JT took out his 3-wood and absolutely smoked it. Thanks to the trajectory, he had time for his own signature catchphrase.

Don't worry @JustinThomas34, it was as good as it looked on 15 at the #USOpen. #Golfweek pic.twitter.com/Z0ypMSBjCL

It was in fact as good as it looked, maybe even better. Thomas’ ball rolled back towards the cup, giving him a great look at eagle to take the solo lead. As he stood over the putt, FOX rolled out the dreaded graphic – “Justin Thomas has gone 158 holes in the U.S. Open without an eagle.”

He went on to miss, extending the streak to 159 holes. The tap-in birdie got him a share of the lead at eight-under as he continues to make one of the biggest moves of the day.

Update: And to think, that shot on 15 might not have been Thomas best of the day, or even his back nine. With a 299-yard second shot into the 18th hole, Thomas sent a towering 3-wood to just six feet above the hole. This time he made the eagle putt for a nine-under par 63, clipping Johnny Miller’s U.S. Open record of eight under from 1973 at Oakmont.