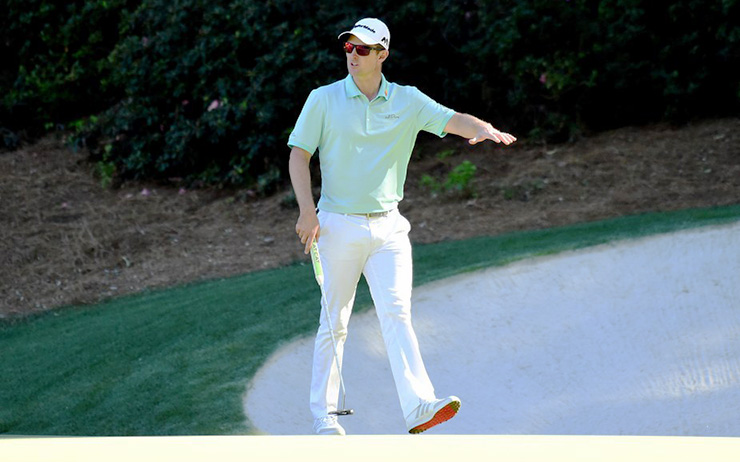 The Masters leader board was scrambled on Saturday, and when the third round concluded Justin Rose and Sergio Garcia shared the lead with Rickie Fowler and Jordan Spieth, among others, in close pursuit.

Rose, a former U.S. Open champion in search of a second major championship, had the best round of the day, a five-under par 67 that took him to six-under par 210. Garcia, at 37 pursuing his first major, shot a two-under 70 to get to six-under.

Meanwhile, Fowler, a 36-hole co-leader, hung in with a one-under 71 and is in third, a stroke behind.

“The big thing the first two days was going out there, be patient and take what the course was going to give us,” Fowler said. “Today I just kind of made some good par saves to keep the round going.”

Spieth, who was 10 off the lead after a first round in which he made a quadruple-bogey, relentlessly played his way back into contention with rounds of 69 on Friday and a four-under par 68 on Saturday.

“Yesterday I felt great coming off the round,” Spieth said. “Today continued that momentum and was able to shoot my goal, which was to get two aside. I wanted to shoot four under today. In a great position going into tomorrow. Still going to be behind, but in a position to kind of make some noise early.”

Spieth, the 2015 Masters champion, has not finished worse than a tie for second in three starts.

Charley Hoffman, who also began the third round tied for the lead, was up as many as three, before a bogey at 14 and a double-bogey at the par-3 16th. Hoffman posted an even-par 72 and joins Spieth and Ryan Moore at two off the lead.

Thomas Pieters, who along with Hoffman, Fowler and Garcia shared the 36-hole lead, shot 75 to fall five off the lead.

Phil Mickelson, seeking to become the oldest Masters champion, opened his round with consecutive birdies, but stumbled to a front-nine three-over that crippled his bid for a fourth green jacket. Mickelson shot a 74 and will start the final round trailing by eight.