Juli Inkster says it’s time for U.S. Solheim Cup contenders to step up and that ‘they know who they are’ 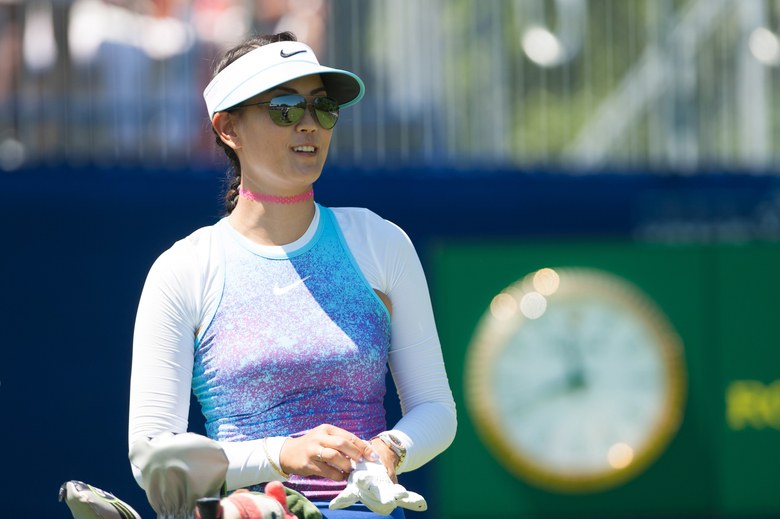 BEDMINSTER, N.J. — They’re playing for the U.S. Women’s Open at Trump National Bedminster, but there’s another leader board that many players will be paying attention to this week. With four events remaining until qualifying ends for the U.S. Solheim Cup team, American golfers continue to try to elbow their way up the points list in hopes of competing for captain Juli Inkster at Des Moines Country Club in August.

What can a win in a major—where points are double—mean for your Solheim Cup chances? Just ask Danielle Kang. The 24-year-old’s victory at the KPMG Women’s PGA Championship two weeks ago allowed her to go from 10th to sixth in the Solheim Cup standings, and essentially wrapped up her spot on the 12-player squad.

Seven golfers in the Women’s Open field—Austin Ernst, Brittany Lincicome, Angela Stanford, Lizette Salas, Mo Martin, Marina Alex and Jennifer Song—could similarly move into the top eight on the points list with a win this week and its accompanying 120 points. Ernst, Lincicome, Stanford and Salas could do the same with a runner-up showing.

Qualifying ends next month at the Ricoh Women’s British Open, where points also will be doubled. In addition to the eight points qualifiers, the next two highest ranked Americans in the Rolex Rankings not among the top eight after the British Open will earn spots, with Inkster then getting two captain’s picks.

“I’m looking at players that are playing well right now. I’m not looking at 2016,” Inkster said regarding her evaluation process as she gets closer to the end of the qualifying period.

Prior to the KPMG, Kang spoke to the pressure she felt about trying to make the Solheim Cup team and how the specter of it started to have an adverse effect on her game. When asked about that pressure, Inkster said she could relate having been in that position herself. But at some point, however, a player needs to step up and perform as Kang did.

“It’s easy for me to sit up here and say don’t try, just relax, play your own game,” Inkster said. “The window is getting really short, getting closed in, I need some of these players to really step up these last four weeks and play some good golf. They know who they are.”

While playing their way into the top eight is on the minds of many in the next few weeks, not falling out of the top eight is the challenge for Brittany Lang, the defending Women’s Open champ, and Michelle Wie, who are each tied at seventh on the points list with 247 (Kang at No. 6 has 322.5 points while Ernst at No. 9 has 227).

Although she feels she’s been hitting the ball well, Lang knows her 2017 season has been a bit of a struggle, her best finish in 14 starts being a T-13 showing at the Volunteers of America Texas Shootout in April.

“I think I need to take my eye off that Solheim list and play some golf and be a little bit more relaxed,” Lang said. “You tend to get really high strung on Solheim year. You are always checking how am I doing, how am I doing instead of being enthralled in your process which is what makes you play well anyway. So I think I need to get back to my process and take my eyes off that list.”

Conversely, Wie has been impressive in 2017, with four top-five finishes in her last six starts, five overall and six top-10s. Arguably the only thing that might get in Wie’s way could be injury; she was spotted on the range on Tuesday nursing a sore neck. She was still noticeably stiff and had tape on her back on Wednesday. Golf Channel reported Wie tweaked it in the final round of the KPMG two weeks ago, although Wie didn’t mention it during her Tuesday press conference.

In addition to the players just outside the top eight in points, Inkster noted a couple young American players are also on her radar—Angel Yin (25th on the points list) and Nelly Korda (31st).

On the outside looking in would appear to be a couple veteran Solheim Cup players, Paula Creamer and Morgan Pressel. Creamer is 20th on the points list with 100.5 and has fallen to 121st in Rolex Rankings. Pressel is 22nd and 107th. Even so, a victory this week, while seemingly unlikely, would vault both back into contention.

Long story short, there’s time for an outside to still make a move, but it’s starting to run out.