Judging by this answer, Tiger Woods is definitely picking Tiger Woods to play on the Presidents Cup team 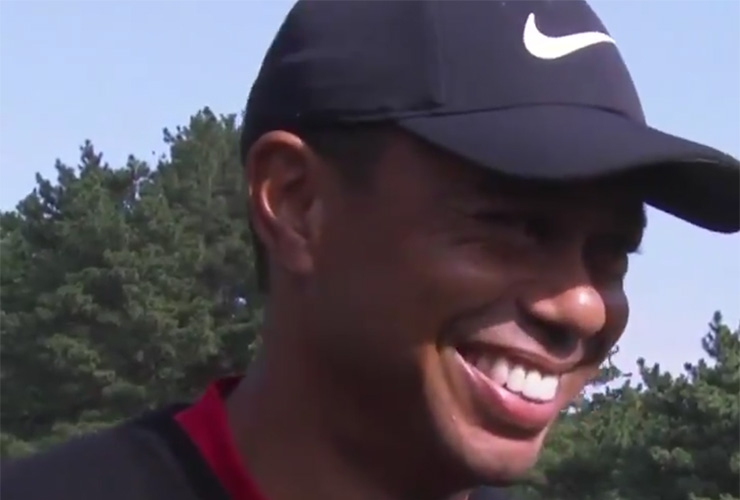 There have been plenty of legitimate questions raised over whether or not Tiger Woods should select himself with one of his four Presidents Cup captain’s picks next week. First, was his current form worthy of a pick? He’d done almost nothing since his Masters victory, save for one backdoor top 10 at the Memorial. Then there was his health, which is always a concern with the 15-time major winner. He did not appear to be at full strength at the end of the season, and his latest knee procedure only further that notion. Finally, and perhaps most importantly, would he be able to handle double duty, something only Hale Irwin has done in the history of the event.

Woods answered the first two questions emphatically on Monday in Japan, claiming his 82nd career PGA Tour victory at the Zozo Championship, which ties him with Sam Snead for most all-time wins. Not only did he impress with his play, but his body held up for a marathon of a week, one that featured a 29-hole day on Sunday.

Because of his history, Woods didn’t have to prove anything to anyone in order to pick himself to play at Royal Melbourne. But his performance should certainly silent whatever critics there are left. If there’s anyone that still thinks he shouldn’t pick himself, well, we have some bad news…

Does this sound like a guy who’s NOT picking himself?

The perfect Tiger response. He’s been asked this question countless times since being named captain, and could never give a definitive answer. In September, he hinted that he’d probably pick himself, though still no one knew for sure. It won’t be official until it’s official, but I think Woods officially put the discussion to bed on Monday.