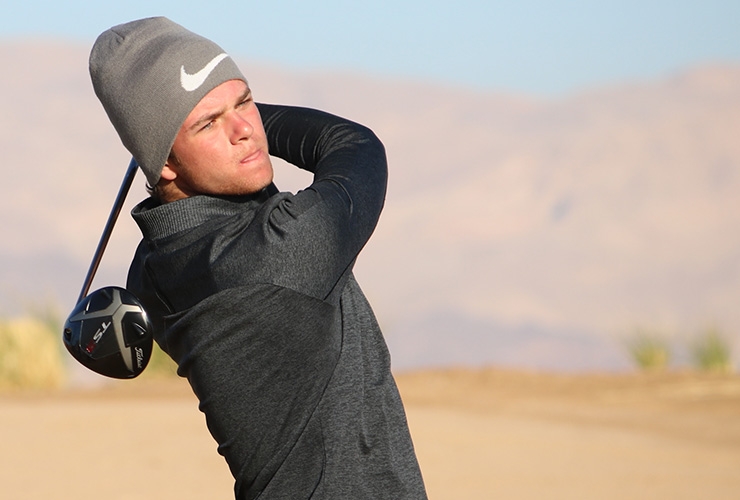 By Kent Gray
Shergo Al Kurdi had the honour of striking the very first shot of the 9th MENA Tour by Arena season at Ayla Golf Club on Monday. A nice touch perhaps, letting the promising 16-year-old Jordanian amateur lead the way on the course to which he is attached before the big guns got down to the serious business of dominating the front page of the Journey to Jordan #1 Championship leaderboard?

Except Al Kurdi had other ideas, a two-under 70 earning the England-born teen a share of the first-round lead in Aqaba alongside professionals Alex Belt (England) and Sam Locke (Scotland).

Keep this up and Al Kurdi might just be in a position to play one of the last, and perhaps defining, shots of the $75,000 season opener. Whatever transpires over the next 36-holes, it’s not bad for a lad diagnosed with Crohn’s disease, an inflammatory bowel disorder, six months ago.

Less than 3 months ago, @SHERGOKURDI had to be hospitalized while playing the Journey to Jordan Tour Championship and was diagnosed with Krohn’s Disease.

He was joint leader today after a brilliant two-under par… pic.twitter.com/s0CNcT4Qcf

Al Kurdi book-ended his memorable 2020 bow with bogeys at the 1st and 18th but found four birdies in between on a windswept Greg Norman design which yielded just five sub-par rounds (in a field of 87) with England’s David Langley and Swede Per Langfors the only other players in red, tired 4th after 71s.

Indeed, it was one of those funny old days for Al Kurdi that most golfers can readily identify with, a round when the easy seemed strangely impossible and the unlikely surprisingly achievable.

The frustration came as he missed birdie putts from inside five feet on the 9th and 10th, the bonus three monster putts for a hat-trick of birdies from the 11th.

“It’s funny how this game can be at times,” said the two-time Jordan Open champion who has made the cut in seven of his 11 MENA Tour starts before this week and has a best finish of 32nd at last September’s Journey to Jordan #2 Championship.

“After missing those two putts, I made two putts from 20 feet, and the one on 13th was from 25 feet. And a little later, I drove the par-4 15th green and three-putted to make a par.”

“It really could have been a very low round for me today. It’s never fun to finish with a bogey, but I am very happy with my score given the tough conditions.”

Al Kurdi admitted he had been fortunate to go out early before the wind really whipped up. Mind you, it’s funny how golf goes some times.

“The wind really picked up when we were on the 5th hole. Interestingly, those five holes I struggled with my game and settled down only from the sixth hole onwards,” Al Kurdi said to sum up his topsy-turvy day. 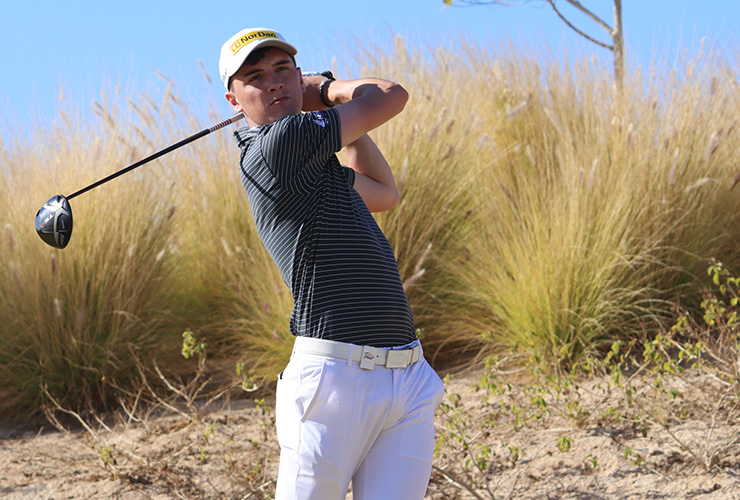 Locke, who recently turned pro after a notable amateur career, qualified for the MENA Tour with three successive rounds of 71 in the Qualifying School B at Ayla last week. He went one better after grinding on Monday.

“I am really surprised that two-under-par is leading the tournament,” said the 21-year-old Scot who won the Silver Medal for low amateur honours at the 2018 Open Championship at Carnoustie.

“I did not play particularly well today but the conditions were very difficult, and I had to work hard to hang in there. I have been struggling a bit with my short game here. But I managed myself well, hitting a lot of knock-down shots which I have grown up hitting on Scottish links. Hopefully, I get calmer conditions in the morning tomorrow and capitalise on this round.”

Co-leader after the opening round of Journey to Jordan #1 at 2-under par, @samlockegolf was surprised to find himself in that position.

Yorkshireman Belt, 34, was playing on the PGA Tour China but has decided to concentrate more on tournaments in Europe and Middle East.

“We did have this kind of wind during the Q School here, so I am used to it. I don’t think I did anything very well, but I did not do anything drastically wrong on the course today. More than the birdies, I made a few pars saves that were crucial,” said Belt, who, like the other co-leaders, made two bogeys and four birdies in the opening round.

Eleven players, including former European Tour stars Scott Henry of Scotland and Jamie Rutherford of England, were tied for the sixth place at even-par 72.

Arjun Gupta is the next best amateur behind Al Kurdi, a one over 73 moving the Dubai-based Indian teen into a share of 17th place a third of the way through the 54-hole event.