Jordan Spieth’s caddie wrote these words a year ago, and they seem spot on now 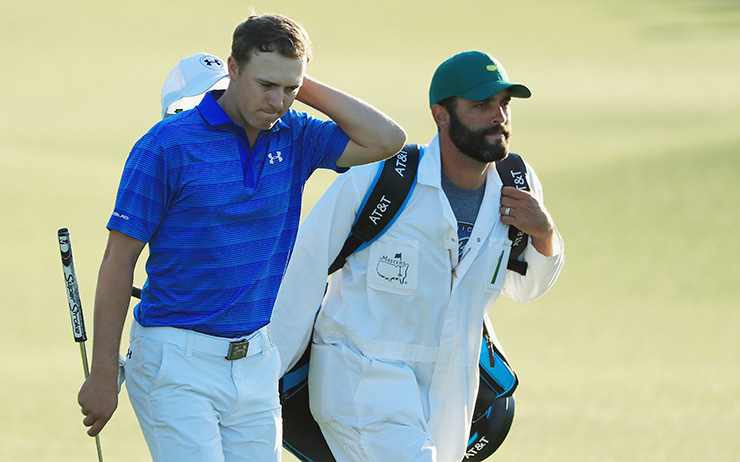 People post a lot of things on social media they’d rather forget, but once in a while, they offer something worth dusting off as a reminder.

In the hours after the 2016 Masters, Jordan Spieth’s caddie Michael Greller declined to speak to the media about what looked to be a devastating collapse by his boss. Spieth had just lost the Masters after quadruple bogeying the 12th hole and blowing a five-shot lead, and the question persisted whether Spieth would ever be the same.

In a long, heartfelt Facebook post the next day, Greller talked about his earliest experiences meeting Spieth at the U.S. Amateur and how Spieth graciously handled a defeat that cost him a trip to the Masters. He noted how Spieth, upon seeing his Grand Slam bid end at the 2015 British Open, still hung around to congratulate winner Zach Johnson. And he of course talked about the crushing events of that Sunday, addressing the question everyone was now asking: How would he and Spieth recover? To Greller, there was never a doubt.

“Don’t feel sorry or sad for us. We won’t get stuck in this moment, nor should you. We will work harder, fight harder and be better for it. We will bounce back as we have done many times,” Greller wrote.

“This isn’t life and death stuff,” Greller continued. “There are far greater struggles that exist in this world than not winning The Masters. We are beyond blessed to do what we do. We are grateful to work alongside the greatest golfers and caddies in the world. It is a challenge we relish.”

Twelve months later, as Spieth has clawed his way into contention again at Augusta National, there’s still a question of whether he can piece together a Sunday that will result in a green jacket. But if the question is whether Spieth is still stuck in the past, he already appears to have proven his caddie correct. – By Sam Weinman